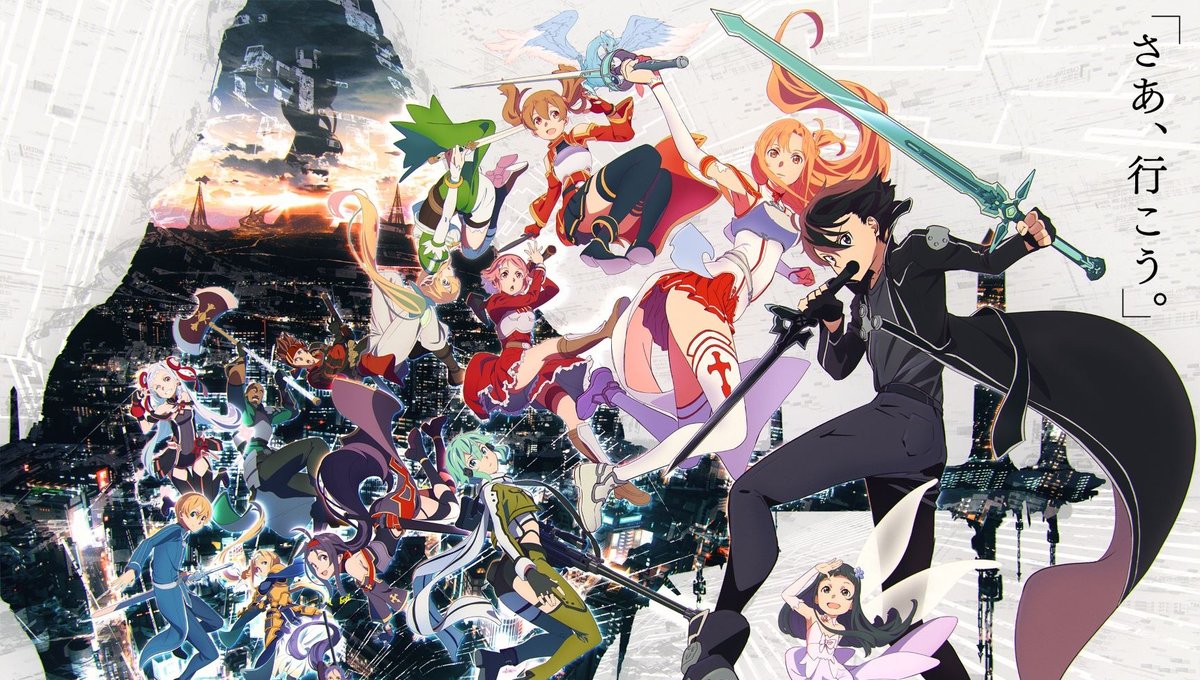 The visual features protagonists Kirito and Asuna with 12 other characters who have played important roles in the anime thus far.

Inspired by Kawahara Reki’s light novel series, the Sword Art Online TV anime debuted in 2012. The second season aired in 2014, and the third season aired from 2018 to 2020.