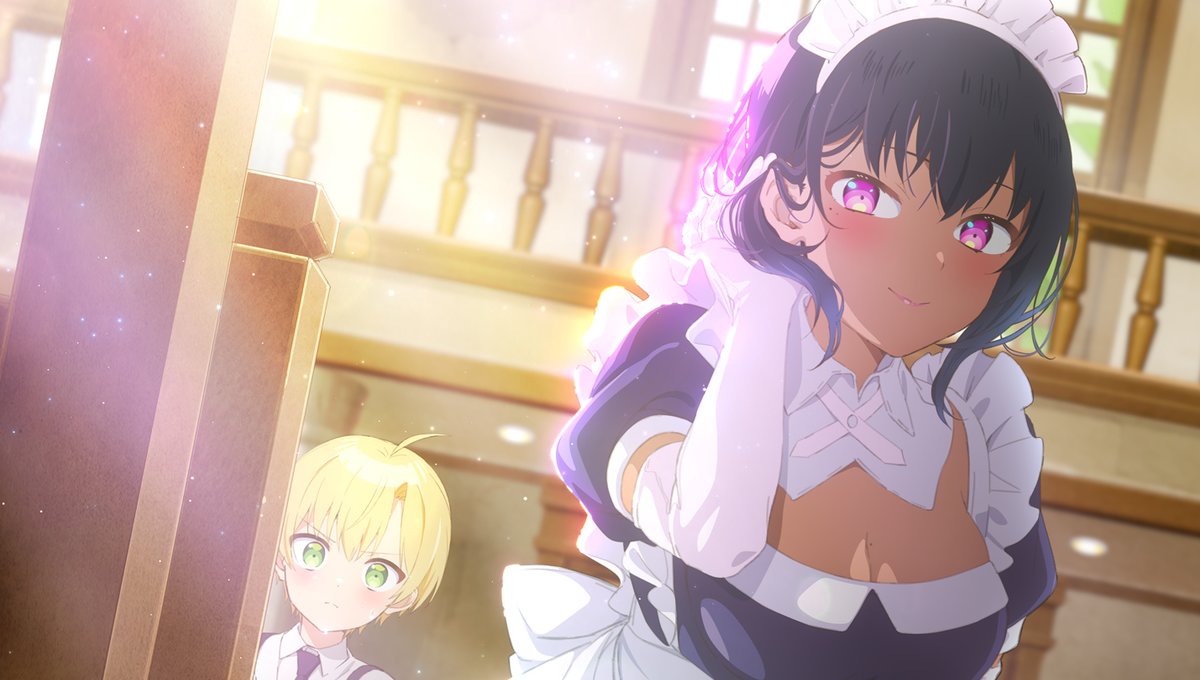 Romantic comedy anime The Maid I Hired Recently Is Mysterious has announced additional cast members and info on the ending theme song!

Based on Wakame Konbu’s manga series, The Maid I Hired Recently Is Mysterious takes place at a small country house where the young master, Yuri, becomes suspicious of the new maid he’s just hired, Lilith. No one knows anything about her background or objectives, but she’s an unnaturally good worker – so good that it’s a little bit scary. And then there’s her bright purple eyes which just seem to pull you in. Who is she and what is she up to? Yuri is determined to find out!

Mirai Minato ( The Great Jahy Will Not Be Defeated! ) will serve as overall director and handle series composition with Misuzu Hoshino ( Laid-Back Camp ) as director. SILVER LINK and BLADE will produce the series.

The Maid I Hired Recently Is Mysterious will air in Japan from July 2022.