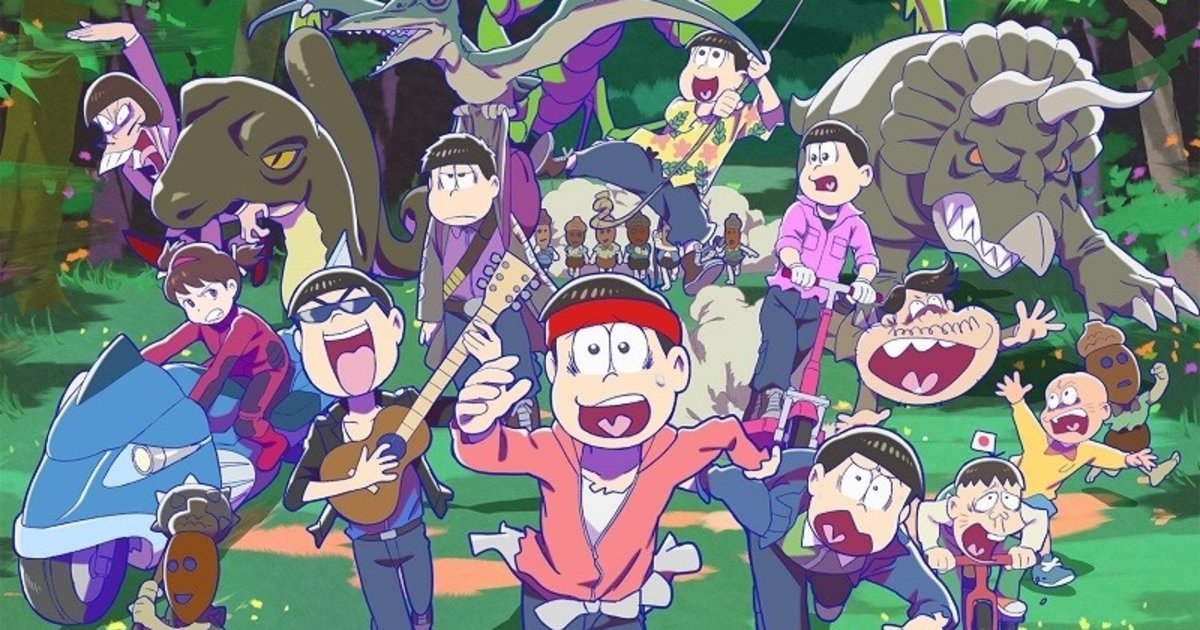 The visual was penned by character designer Eiji Abiko.

It was also confirmed that AOP will be performing the opening theme, “Hanamaru Pippi wa Yoiko Dake Reiwa ver.”

Set to premiere on July 8, 2022, the film was created as part of the anime’s sixth anniversary celebrations. A second film will open in 2023.

Set 10 years after the events of Akatsuka Fujio’s classic manga Osomatsu-kun, Osomatsu-san follows the quirky lives of the six Matsuno brothers, now grown up as NEETs.