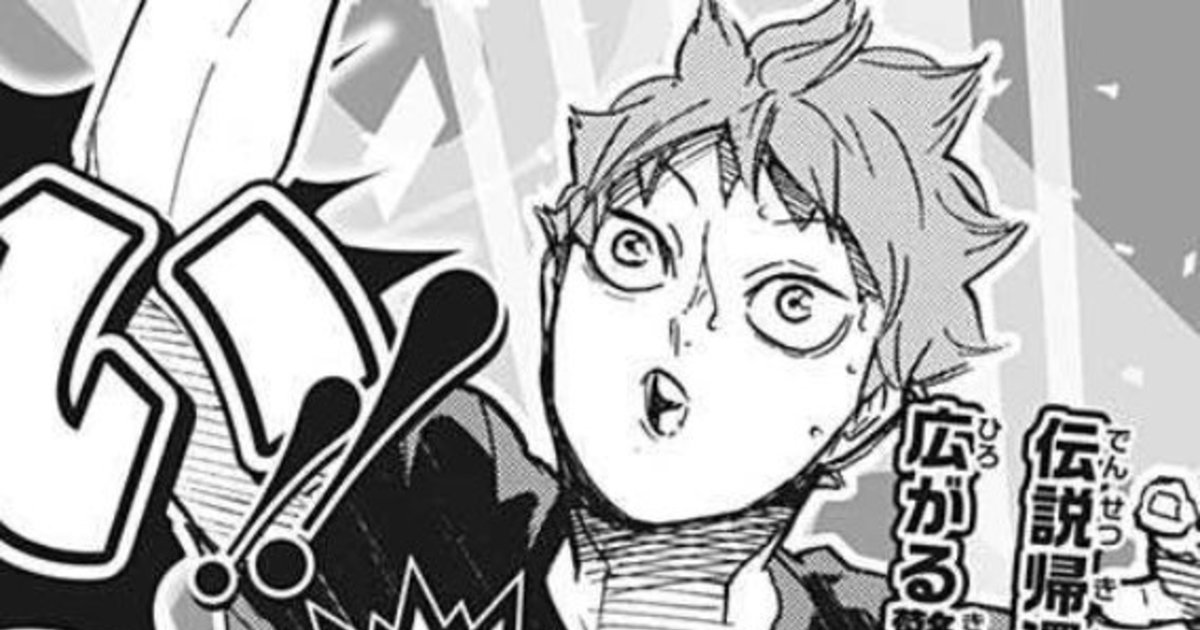 Now available in English at Viz and Manga Plus, the 19-page manga was created as part of the manga’s 10th anniversary celebrations. Fans can see Hinata and the gang gather for a special exhibition at the invitation of Tetsuro Kuroo, who now works to promote volleyball.

Originally a manga series by Haruichi Furudate, Haikyu!! follows the adventures of Karasuno High School’s boys volleyball team as they play their way to the top.

The manga began in February 2012 and concluded in July 2020. In addition to a TV anime series that aired 85 episodes over four seasons, it has received several compilation films and OVA episodes.

As part of the 10th anniversary celebrations, the franchise’s official Twitter has also been posting a series of visuals that reveal the characters’ current appearances and occupations. A recent visual featuring Kenma Kozme indicates that he’s now a stock trader, YouTuber, and pro gamer, as well as the CEO of a company named Bouncing Ball.