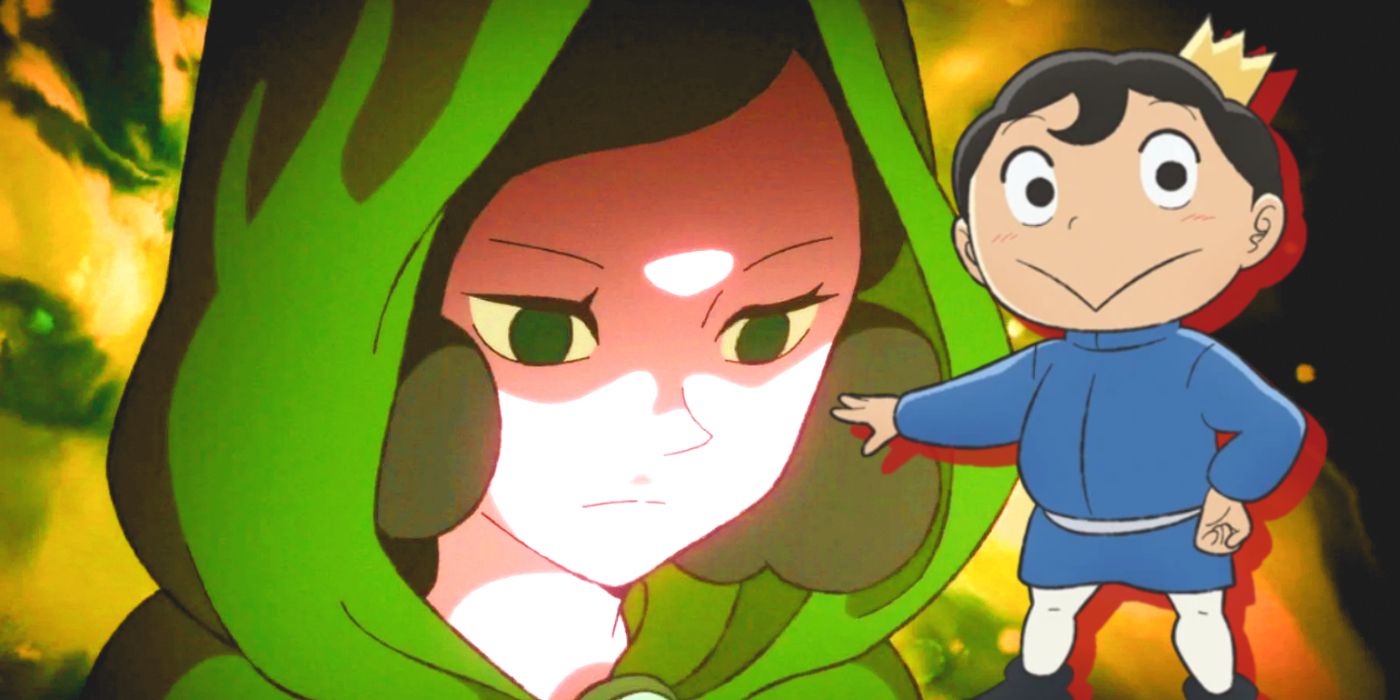 WARNING: The following contains spoilers for Season 1 of Ranking of Kings, now streaming on Funimation.

Ranking of Kings Season 1 had an impressively strong start with overlapping stories that manifested into great character development for much of the cast, but the redemption of one antagonist made it fall short of a strong ending. Miranjo, the mastermind behind everyone’s misery, was portrayed as a clever and manipulative evil who had no remorse for anyone. Her cold-hearted actions and disregard for everyone else made her shine as a villain, but in the end her tragic backstory tries to justify her actions, leaving an unsatisfying conclusion.

Miranjo’s main goal was to bring back King Bosse from the dead because she couldn’t find happiness without him. The only way she could achieve this was by hijacking Daida’s body and replacing his soul with Bosse’s. The second half of the season reveals that Bosse was the one who saved Miranjo’s life when she was a child, and had brought back her lost smile. She owed him a great debt and was overcome with anger and sadness after finding out his life was coming to an end.

As tragic and emotional as Miranjo’s life was prior to meeting King Bosse, Ranking of Kings‘ first season was building up to a worthy climax. Instead, after all the pain and suffering she caused every single character, all of her crimes are just shrugged off. Bojii is a kind-hearted individual but his acceptance of Miranjo shouldn’t have happened so easily. It was more difficult for Bojii to forgive Domas after he tried to kill him, and Miranjo was the reason for that. She also orchestrated Bojii’s mother’s death and made a deal with a demon — which was the ultimate reason why Bojii was born small and weak. It’s not to say that Miranjo shouldn’t have gotten a redemption arc to justify her actions, but the lack of consequence to all her schemes makes her character seem flat and two-dimensional.

Daida’s sudden proposal to Miranjo also seems out of place within the story’s overall feel. After learning the truth, one would think that the person who ruined their brother’s life, tried to kill their mother, and hijacked their body wouldn’t be on top of the “potential wives” list. Daida thanks Miranjo for comforting him the whole time he was trapped in his subconscious but seemingly forgets she was the reason he was there in the first place.

RELATED: Violet Evergarden The Movie: Why Fans Are Divided Over Gilbert’s Fate

Even Queen Hiling’s reaction seems out of place because she was the one ready to kill Miranjo after finding out about her plan to take over the kingdom. Hiling has been the one supporting Bojii while desperately trying to save Daida, but her courage and struggle are overshadowed by her forced acceptance of Miranjo and Daida’s proposal. This act alone buffers her tenacity to seek revenge, and in some way dehumanizes her. Symbolically, Hiling accepting Miranjo’s apology is out of character even for her — especially when she has constantly been portrayed as the strong backbone that’s always telling Bojii to be strong and take on adversaries.

The series’ first half had a surprising amount of subtlety and an impressive way of making initially evil-seeming characters sympathetic or even more three-dimensional than they first appeared. Domas, Apeas and even Bebin all seemed like they had ulterior motives to go against the throne, but it was Miranjo pulling the strings to make sure they were doing as she pleased. It was through the resurrection of King Bosse that she gained complete control over their actions.

What is more surprising is Dorshe’s acceptance of Miranjo’s actions. Dorshe had lost an eye and a leg, suffered many life-threatening injuries and almost lost Queen Hiling. Symbolically, the forgiveness shown by the Big Four can mirror the kind heart of their new king, Bojji, but it takes away from the calamity and leaves the overall story lacking drive.

Ranking of Kings misses a great opportunity when Miranjo is in Hell with all the demons and is confronted by her broken promise. It could have led to a more interesting confrontation between her and her demon friend, but that relationship will be explored more in future seasons. The story made it seem like Miranjo would have travel through Hell — again — to make up for all her transgressions, but unfortunately her redemption was much simpler. It would have also made more sense for Daida to figure out a way to save her, and they could have worked together to build on their chemistry and character development.

With all its emotional stories and complex backgrounds, Ranking of Kings Season 1 could have ended in numerous ways but unfortunately came up short. Everyone letting Miranjo off the hook so easily is out of place, but the hope is that it’s a setup for a more emotional and confrontational second season.

Jay is an avid Otaku that is always nose deep in some tantalizing manga or is mesmerized by the latest anime. He enjoys all genres of manga and anime, and loves having engaging conversations with other weeb enthusiast. Jay’s goal is to provide engaging anime content that will challenge readers to think outside the box a little, and bring to light interesting concepts presented in published and animated projects.