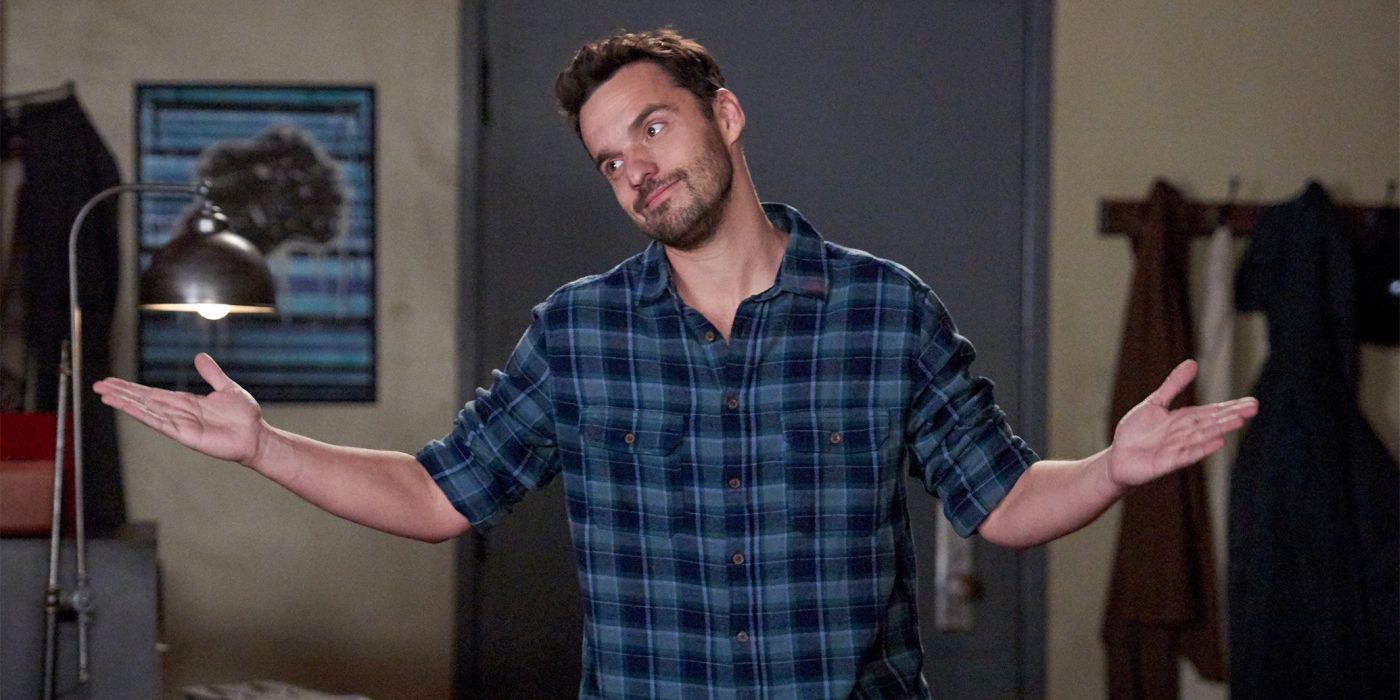 Loft 4D in Downtown Los Angeles on New Girl was often overflowing with ridiculous people. And few of them reached the levels of absurdity that Nick Miller did. From his insane conspiracy theories to his inability to get simple expressions right, the man was ludicrous. But the strangest thing about Nick was how terrible of a fighter he was considering he grew up on the mean streets of Chicago and led a really rough life.

When Nick was introduced in New Girl, he was a bartender trying to recover from a brutal breakup from his on-again, off-again ex-girlfriend, Caroline. It was immediately obvious that the man was smitten with Jessica Day when she moved into the loft in the pilot. He did his best to hide this fact but the chemistry was undeniable. But that wasn’t what made the character so incredibly interesting. His lifestyle was what made him so funny.

Nick was constantly saying and doing things that made next to no sense whatsoever. His mind was so addled by conspiracy theories that he didn’t even have a bank account until Season 3, Episode 5. And his version of fixing things around the apartment involved getting them to just barely working or quite literally fighting the garbage disposal with a stick he found in the street. Honestly, Nick’s efforts would have made Charlie Kelly proud.

But the thing that made the least sense about Nick was how terrible he was at fighting. That doesn’t mean the little spats he got into with Schmidt in the loft. Those were more like brothers who were annoyed with each other, wrestling badly until one of them hurt their eyes. No, this refers to actual fights where Nick was in a confrontation with someone, and his skills were borderline cartoonish.

RELATED: My Name is Earl: No One Deserved to Be On the List More Than Randy

During Schmidt’s bachelor party in Season 5, Episode 17, the guys ended up at a desert roadhouse. Unsurprisingly, Schmidt got the crew into a fight which they lost brutally. Then in the first part of the series finale, Nick and Jess got married. But not before Nick got in a fight with her former boyfriend, Russell. In both fights, Nick was absolutely terrible and completely useless, which simply didn’t add up with what fans knew about him.

He grew up in Chicago with a delinquent criminal for a father. In Season 7, Nick wrote a book about his youth in the Second City. He apparently saw a shocking amount of dead dogs, witnessed a lot of crazy stuff involving homeless people, and was babysat by a rollercoaster and a pack of cigarettes for a time. Despite all of this, he somehow managed to never learn how to defend himself in a fight.

Naturally, any physical confrontations that Nick got in during the series were not supposed to be serious in the first place. New Girl was a comedy, after all. At the same time, this seemed incredibly incongruous with the rest of Nick’s character. If anyone in that apartment should have been able to throw down, it would have been Nick Miller. And beating up Schmidt doesn’t count. A Girl Guide selling cookies door-to-door could have kicked his butt.

KEEP READING: HIMYM: Barney Always Knew Who the Real Villain of The Karate Kid Was

Ian Goodwillie is a freelance writer based out of Saskatoon, SK, Canada. He has a BA in English Literature from the University of Saskatchewan and completed the Writing Program at Vancouver Film School. More importantly, Ian is also a wrestling fan, comic book reader, video game player, and photographer. He loves to write and writes about what he loves. Ian’s also an unrepentant, unapologetic Cougar Town fan, a show he will defend until the day he dies. Follow him on Twitter at @ThePrairieGeek.