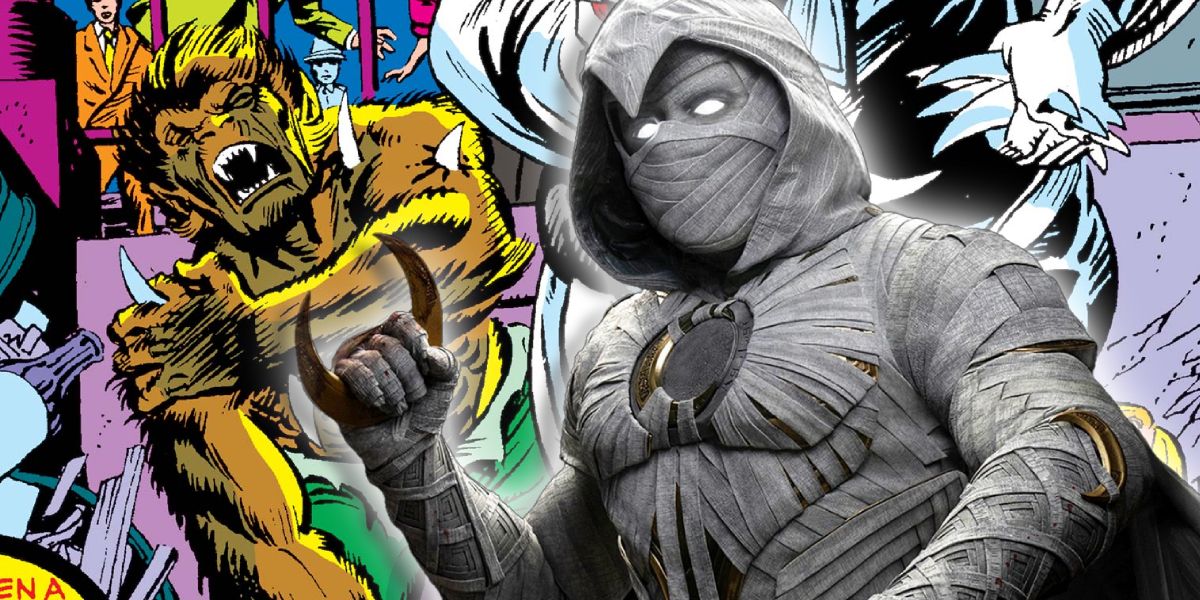 As one eagle-eyed Redditor pointed out, during the scene in which Steven Grant (Oscar Isaac) — one of Marc Spector’s alternate personalities — talks to a young girl at the museum, there is a QR code visible in the background. The code links to Marvel’s website, where a digital copy of 1975’s Werewolf by Night #32 can be read in its entirety, free of charge. “Read a free Moon Knight comic book that inspired the series, streaming exclusively on Disney+,” the page reads. “Check back weekly as we provide more exclusive Moon Knight comic books!”

Released on May 27, 1975 and cover-dated August 1975, Werewolf by Night #32 was written by Doug Moench, penciled by Don Perlin, inked by Howie Perlin, colored by Phil Rachelson and lettered by Ray Holloway. Moench and Don Perlin are credited as the creators of Marc Spector/Moon Knight. Following his debut in Werewolf by Night, Moon Knight got his own solo series in 1980, which was first written by Moench and penciled by Bill Sienkiewicz.

Interestingly, with Moon Knight now officially part of the Marvel Cinematic Universe, Werewolf by Night doesn’t appear to be far behind. Marvel Studios is currently making a “werewolf-focused” Halloween special for Disney+, which is believed to be a Werewolf by Night adaptation. Directed by Michael Giacchino and starring Gael Garcia Bernal and Laura Donnelly, the special has officially entered production in Georgia. Seeing as how Moon Knight first joined Marvel’s comic book universe within the pages of Werewolf by Night, it only seems fitting that the two characters would join the MCU in the same calendar year.

The first episode of Marvel Studios’ Moon Knight is streaming now on Disney+. The series will run for a total of six episodes through Wednesday, May 4.

Noah E. Dominguez is a news editor at Comic Book Resources who joined the site as a news writer in the summer of 2018. He even pens features on occasion. He has also written for sites like WhatCulture and Gaming Access Weekly (formerly Gamer Assault Weekly), and holds a degree in mass communication. What will he do next? Stay tuned. You can follow him on Twitter at @NoahDominguez_