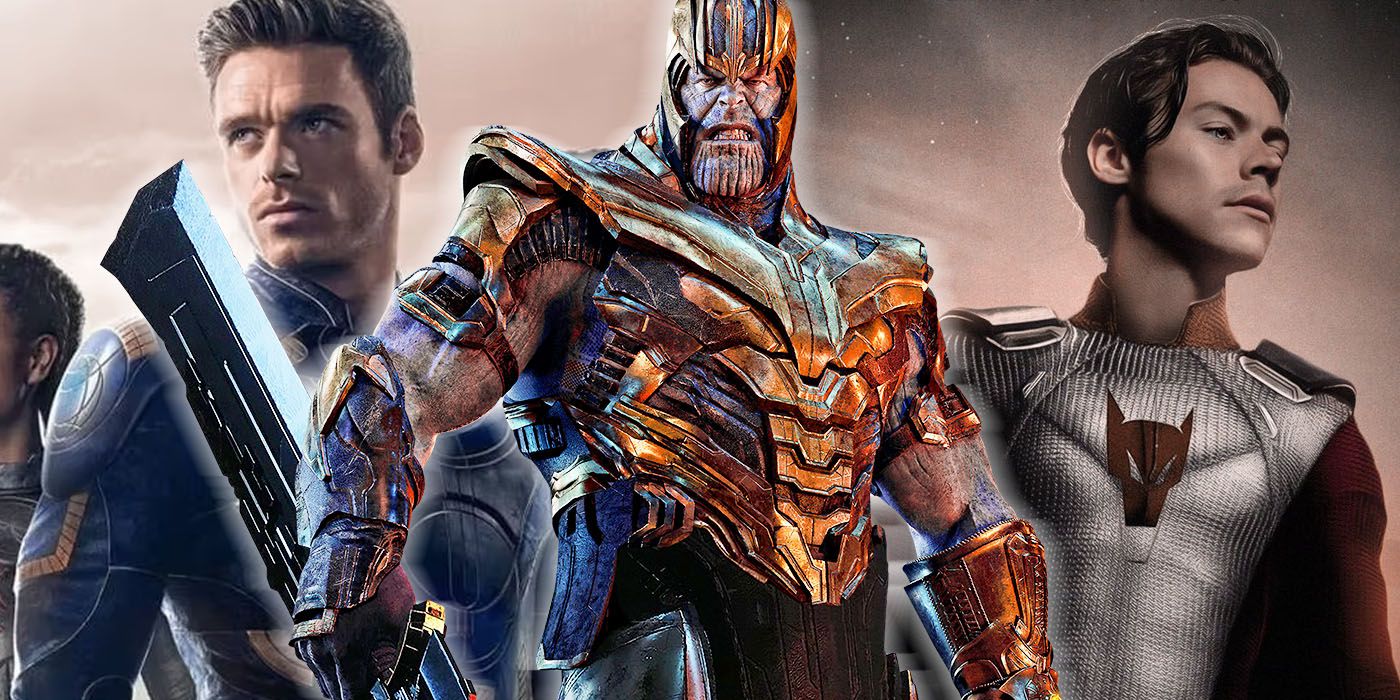 Eternals impacted the Marvel Cinematic Universe in ways that potentially recontextualized things seen in past Infinity Saga films while also altering some of the lore surrounding the characters’ comic book roots. The biggest example of this comes from the revelation that the Eternals are actually humanoid androids created by the Celestial Arishem in the World Forge. These beings can function for centuries without aging and are powered by cosmic energy. But the introduction of Eros/Starfox raises the question of whether or not his brother, Thanos, is also an Eternal.

In the comics, Thanos is the product of two Eternals conceiving a child, an act that isn’t allowed among them. As a result, he becomes host to the Deviant Gene, which alters his appearance but still technically makes him an Eternal. In the films, Thanos’ appearance is never explained and it is merely assumed that he’s another alien species. However, his origins aren’t explained either, leaving his true nature largely unknown. In an interview with Empire, Eternals director Chloé Zhao finally provides some perspective on Thanos’ roots and explains why he isn’t an immortal android like his brother, Eros. 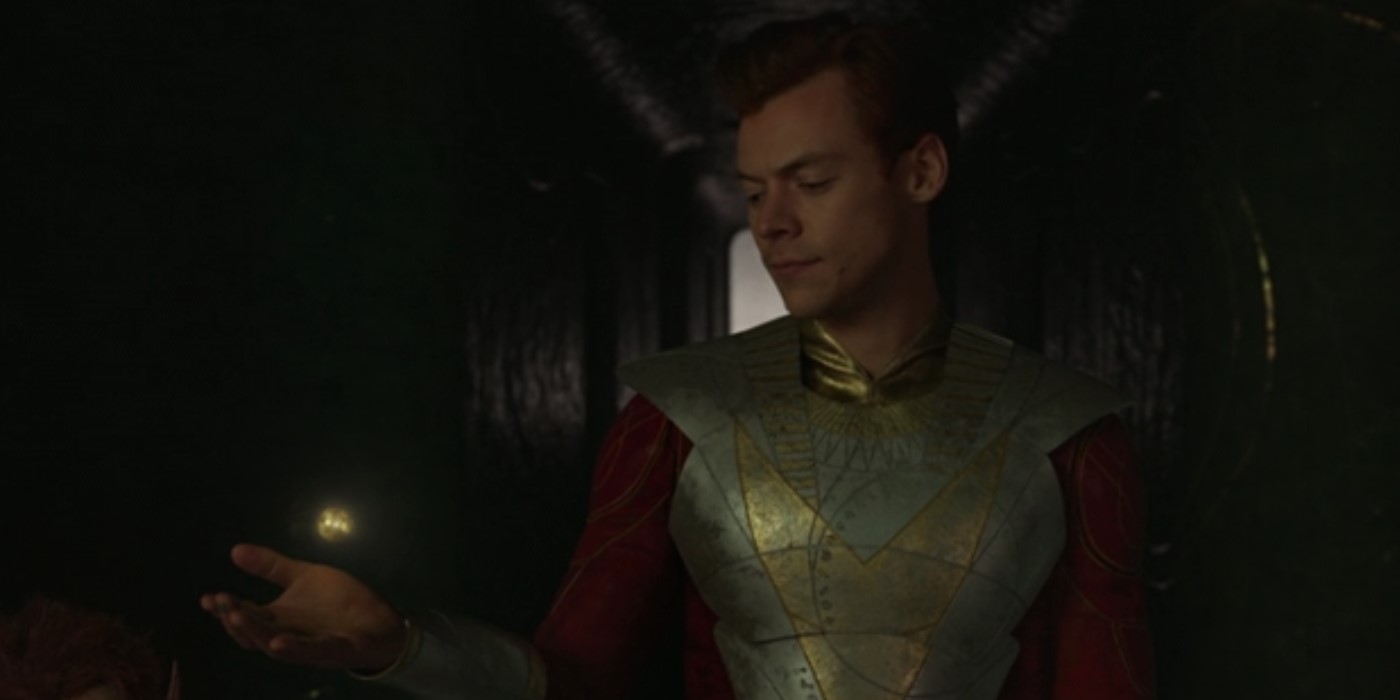 When Eros appears in the mid-credits scene for Eternals, Pip the Troll mentions that he’s the Prince of Titan and the brother of Thanos. With these titles, it’s hard to pinpoint exactly how Eros fits in the Thanos family tree. However, Zhao offers some context as to why he is on the doomed planet in the first place. She states, “…he was stationed on Titan – 10 of them were, just like the 10 Eternals on Earth, assuming Titan is also a host planet at some point.” Therefore, Eros was likely present during the formative years of the planet and became an influencer, similar to Ajak, by helping its inhabitants develop.

In this time, Eros likely made his way into the royal family and became a brother to Thanos. Alternatively, perhaps the stationed Eternals became the royal family and took in Thanos when he was young. However, because of his intelligence, he quickly understood the dangers of losing resources and, in wanting to cull the population, became a threat to the emergence. As a result, they had a falling out and left before the planet died, or a Celestial was born. As a result, it’s likely Thanos never put together the Eternal heritage that Eros belonged to or why he wanted to leave the planet unchanged so adamantly.

RELATED: MCU Theory: Black Widow’s Red Guardian Is Slowly Dying – And His [SPOILER] Is To Blame 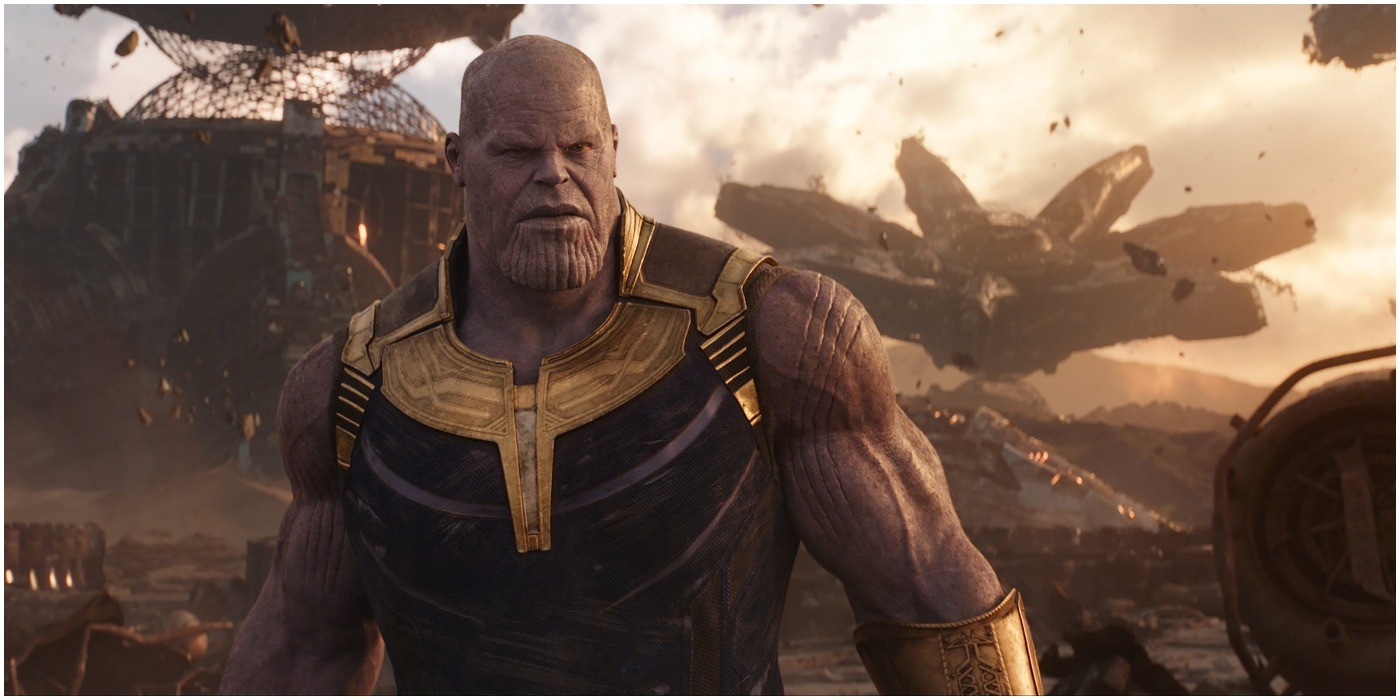 Alienating Thanos may have also played a role in why Eros ultimately betrayed Arishem, as well. After seeing the lives that were going to be lost and Thanos’ rash solution, he likely realized that he couldn’t be an audience to so much life lost, stole the Prime Eternal orb and fled. But sadly, Eros may never have had the chance to explain to Thanos his true nature and why he is so different from the rest of the royal family. Zhao also speaks on the history between the two brothers, stating, “…there’s some quite beautiful, heartbreaking influence Eros has had on Thanos. And how much does Thanos know?” Knowing that there were things left unsaid helps further the idea that Thanos and Eros never got to truly understand who they were and how, even though he isn’t an android, Thanos had his own impressive power.

Ultimately, the idea that Thanos isn’t an android like the other Eternals is even more compelling than if it turns out he is. Because of his strength, intelligence and perseverance, he’s even more of a threat than Arishem’s grand design and even influenced the mind of his brother Eros, whose power is to influence individuals. For now, it’s unclear if Thanos or Eros is the adopted brother, but it’s obvious that even though Thanos isn’t a near-immortal machine, he has enough power to stand among them.

Eternals is streaming now on Disney+.