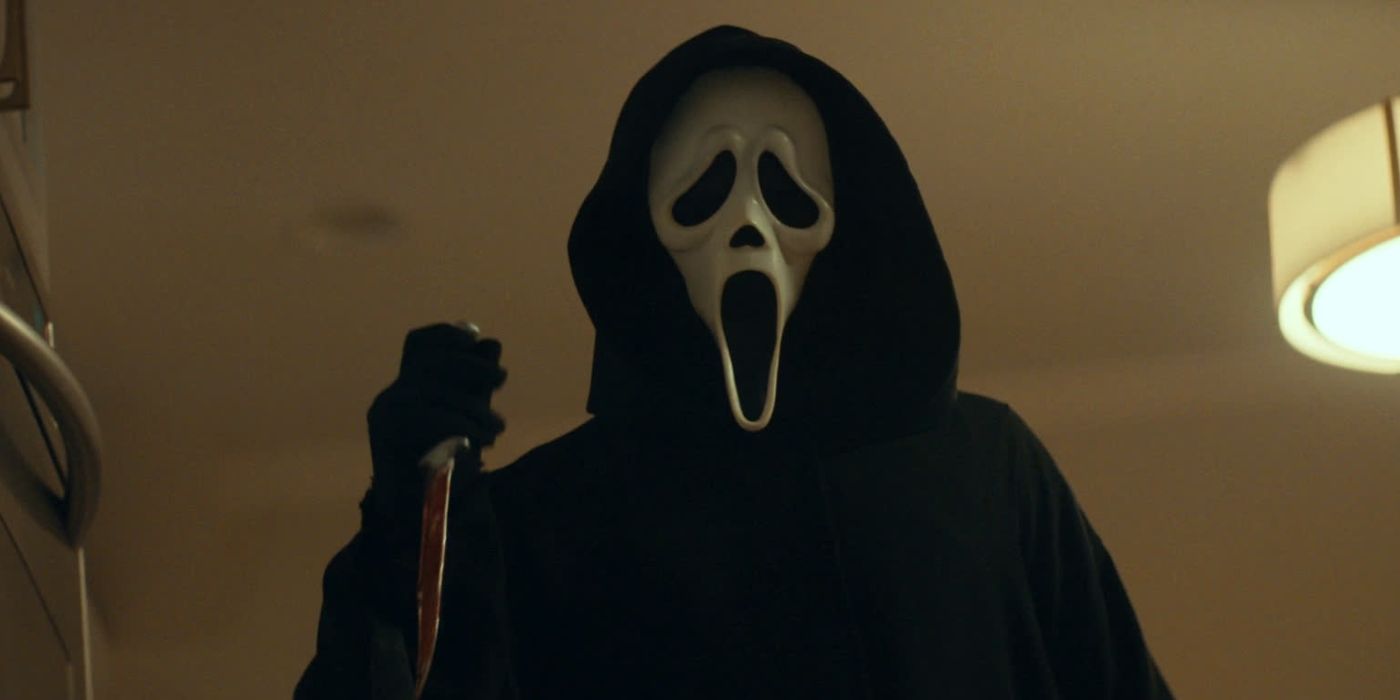 In the Scream franchise, one of the longest-running gags has been to ensure villains stay dead, which is why with each film, the heroes put bullets into their heads. Randy warned them to keep this trend going so that no one returned in the subsequent movies to haunt them. However, thanks to some key moments in the fifth film, the franchise’s most sadistic killer might still be alive.

Many might assume it’s Billy, but he’s not the most twisted Woodsboro slasher. As messed up as it was, he had reason to go after Sid since Roman sent him evidence of how Sid’s mom broke Billy’s family up due to an affair with his dad. In Stu’s case, though, him following Billy’s lead was straight-up disturbing, as he just wanted to be involved for fun, making him the bigger monster.

Now, in the new Scream movie, there were hints that a third killer existed, with the hospital slasher paying reverence to Dewey in a way Richie or Amber wasn’t interested in. More so, Amber wasn’t battered after the slasher that fans thought was her got shot up in the hallway, so Stu might have been pulling strings as the ultimate puppet master.

This would fit the franchise’s narrative because it’d harken back to Roman manipulating the first two Scream movies without even being mentioned. More so, it’d make sense that Stu knew Billy’s secret about how he fathered Sam — Ghostface’s new target. Had Stu survived and escaped later on à la Halloween‘s Michael Myers without the main players knowing, it’s easy to envision him stitching a plan together decades after healing to frame Sam for killing Sid and her people while also getting back at Billy for keeping him as a sidekick.

It’s just too coincidental how Amber’s family moved into Stu’s old home, where she and Richie had their final standoff against Sid, Gale and Sam. Stu training Amber and Richie online and deciding to use them as disciples, with Amber manipulating Tara’s crew and Richie playing Sam as her boyfriend, could also prove that Stu wasn’t a lackey. Seeing as Matthew Lillard has undergone a renaissance lately, per He’s All That and Good Girls, he could return and give Scream fans a legacy villain instead of a hero.

Stu killing Dewey in the hospital would then make more sense, as he’d realize he took out the legend that evaded him in 1996. To top it off, it’d be poetic because seeing as how Billy is now a heroic spirit to Sam, Billy’s daughter fighting his best friend could tackle legacy and destiny in a similar way to the Star Wars sequels, in which Rey denied her destiny as Palpatine’s bloodline to fight for the light. And ultimately, orchestrating this would bridge the old and new generations, proving Stu was more of an architect than a goofball.

To see how Stu may still be out there, Scream is in theaters now.

KEEP READING: Scream’s Biggest Snub Is Sure to Anger Fans

Niconico Chokaigi 2022 [Event Report]
The Maid I Hired Recently Is Mysterious Gets TV Anime Airing From July!
Blue Lock TV Anime to Air From October!
TOM Weekly Figure Roundup: May 7, 2022 to May 13, 2022
Mob Psycho 100 Season 3 to Premiere This October!