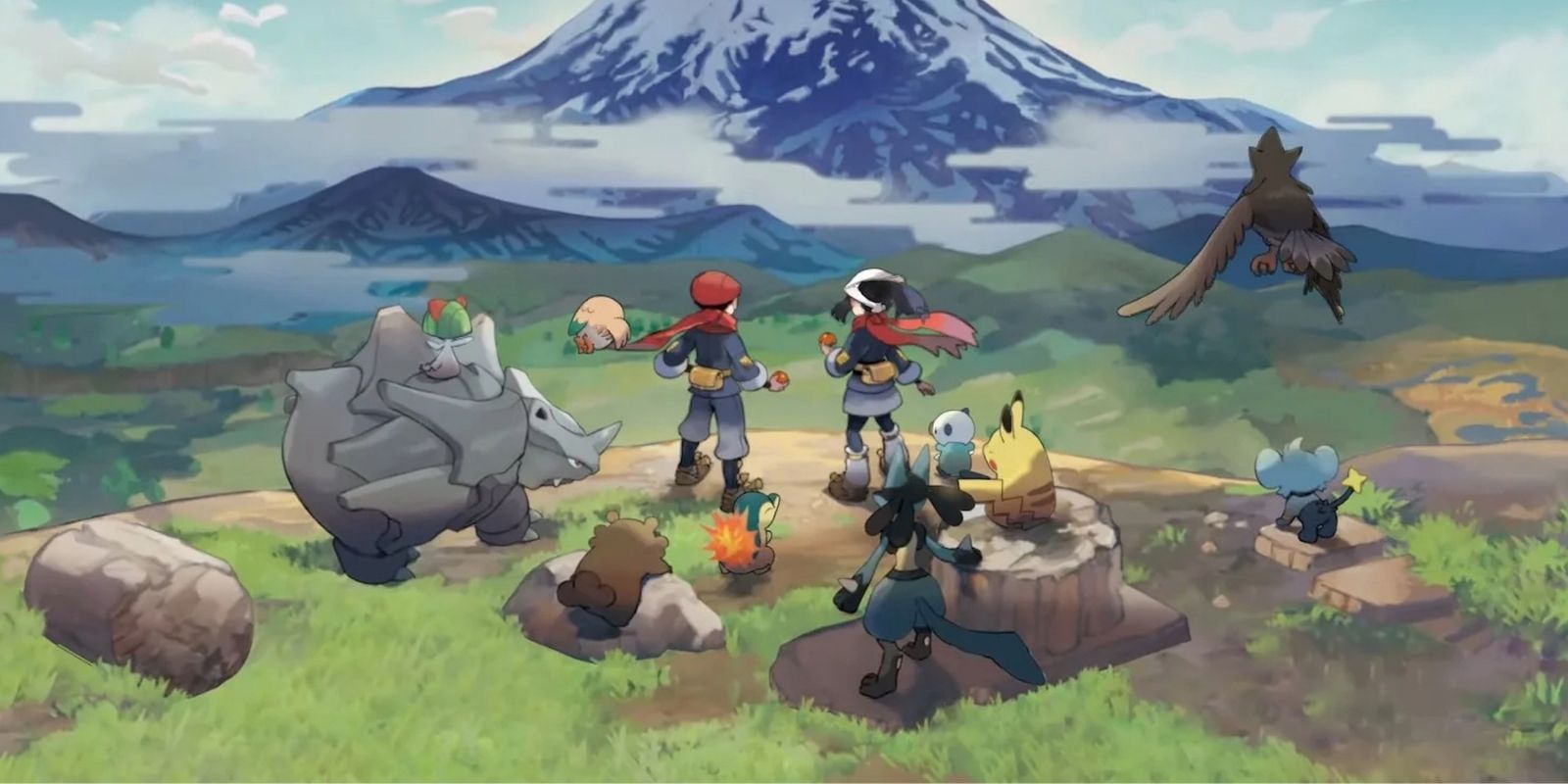 The complete roster of pocket monsters in Pokémon Legends: Arceus leaked online, giving players a taste of what they can discover once the game launches.

After reports that copies of the game had been released early, the internet was quickly flooded with datamined images detailing Hisui’s complete Pokédex. Pokémon Legends: Arceus seemingly features 242 individual creatures, most of which fans of the long-running franchise will undoubtedly recognize. While the open-world game features plenty of favorites, it’s also switching things up by adding a healthy dose of Hisuian variants into the mix. These Pokémon, which can only be found in the new region, sport different designs and, in many instances, different typing. The regional form of Typhlosion is now classified as a Fire/Ghost type, while Goodra adopts a joint Dragon/Steel type alongside plenty of other significant tweaks to other Pokémon.

The leaked data also confirms that several new Pokémon will be added to the ever-growing roster of creatures through Legends: Arceus. Developer Game Freak already revealed newcomers like Wyrdeer, Basculegion and Kleavor but the datamine unveiled plenty of new evolutions. Sneasel, Ursaring and Qwilfish are all received new forms, the names of which are still unknown. Based on some of the images, legendary Pokémon Palkia and Dialga also appear different although the reasoning behind this remains unclear.

While fans are no doubt growing even more excited following these leaks, they won’t need to wait too much longer to finally get their hands on Pokémon Legends: Arceus. The highly-anticipated spin-off is putting a new twist on the beloved role-playing franchise, unleashing players into a semi-open world filled with mysterious and powerful creatures. Trainers are tasked with compiling the first complete Pokdex of the Hisui region, which will one day become known as Sinnoh, a location that will sound familiar to players that have recently finished Pokémon Brilliant Diamond and Shining Pearl.

While the inclusion of a small treasure trove of new Pokémon may be exciting in and of itself, it’s made better by the fact that players can use them to traverse the game’s expansive map. Wyrdeer can scramble over the steepest of mountains while Basculegion darts through any body of water. Finally, trainers wanting to scope out the world from above can use Hisuian Braviary to glide overhead, spotting any wild Pokémon that still need to be captured.

Brad Lang is a Video Game News Editor at CBR and has worked as a gaming journalist since 2019. He holds a Master’s Degree in Creative Writing and has bylines on Critical Hit, Stuff Magazine and Rock, Paper Shotgun. When he’s not playing video games, he’s out hurting himself on a skateboard, collecting old school metal records or looking for his cat, Nemesis. If you’re looking for him, you can find Brad on Twitter at @icebearlycoping.