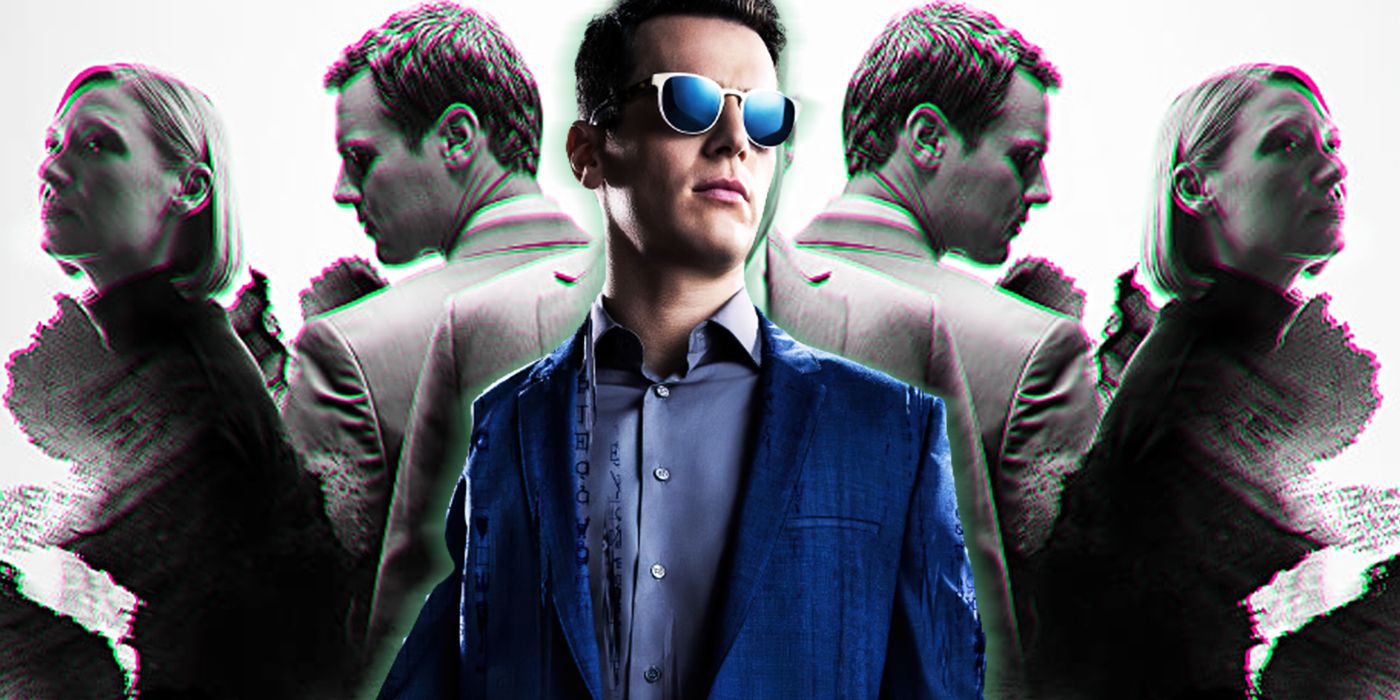 WARNING: The following contains spoilers for The Matrix Resurrections, in theaters now.

Jonathan Groff broke bad in style in The Matrix Resurrections. Groff’s update of Agent Smith was a delicious take on the character, turning him from the epitome of conformity into a stylish anarchist. Just like he had in the whirlwind pop musical Hamilton, he brought an underlying chaotic energy that was impossible to look away from. His version of Smith came alive, like he wasn’t just physically free but personally liberated. That made the character more fun than any villain should have a right to be. Groff’s final scene, where Smith literally shoots The Analyst in the head, felt like a middle finger to the (virtual) world — and it was cheer-worthy.

However, prior to Matrix 4, no one had seen just how villainous Jonathan Groff could be. The closest he’d gotten was the second season of Starz’s political drama Boss, playing a political operative with very flexible morals. Smith gave him the opportunity to be an unapologetic egomaniac and to cause chaos just because he could. Groff proved that he can go to those dark places and still have the audience love him. He also provided hard evidence that Netflix needs to resurrect his other suit-loving character, Holden Ford, and make Mindhunter Season 3.

Related: The Matrix Resurrections: Every Easter Egg & Callback to the Original Trilogy

Holden was the hero of Mindhunter, but the ending of the series left him in a very dark place. Season 2 followed the investigation into the Atlanta Child Murders, and Holden went down a mental and emotional rabbit hole for a large part of the season. He spent a lot of time either working on his own or acting like he was.

When he didn’t have his teammates to balance him out, he got ahead of himself or caught up in his own obsessive thoughts. That led to him genuinely alienating people — whether it was more conflict with his partner Bill Tench, ticking off a missing child’s mother or causing a media firestorm. All that turmoil and hard work ended up being largely for nothing. While an arrest was made in 1981 and the FBI called the case a success, Holden ended up alone in his living room after realizing 27 of the 29 murders were going to be ignored.

Mindhunter Season 3 would almost certainly keep him on that self-destructive path. Holden Ford was inspired by retired FBI agent John Douglas, author of the book the series is based on, and Douglas’ story took a harsh turn two years after Atlanta. Douglas explains in the book that while his unit was enjoying its newfound popularity, he collapsed in a hotel room after the right side of his brain ruptured. If the series continued to follow Douglas’ life story, Holden would be spiraling downward to start Season 3 and hit the lowest point of his life before its end.

That would be incredibly dark — and incredibly bold — character development. Groff would be playing Holden pushed to his limits under the added pressure caused by the unit’s success. He’d be mired in self-loathing and residual frustration from the way Atlanta ended. Those two aspects would make him angry, and Mindhunter showed in Season 1 that when Holden got angry, he also became petty.

He’d likely take things out on Bill, and Bill would push him right back, causing an even deeper rift in their partnership until Holden got over himself. In addition, there would still be a serial killer to investigate, and that is a dangerous premise to be in, particularly for a character who already has a mental health disorder. If the show added a physical health problem on top of all that, Holden would be a ticking time bomb.

While that’s terrible for his character, it’s fantastic material for Groff to tackle that allows him to draw on what he accomplished in The Matrix Resurrections. Holden would be even more abrasive than Smith because of his near lack of social skills. Like Smith, he wouldn’t be able to see past himself. He might even get physical with Bill if their argument is intense enough, although he wouldn’t smash a sink over his partner’s head. Groff would dive into all of this darkness without alienating the audience from Holden. If he could deliver obvious meta commentary about a Matrix video game with aplomb, he could unleash the illogical tirades Holden would have with the same commitment and charisma.

Mindhunter Season 3 would also be the perfect next move in Groff’s career. The sole issue with Smith in Resurrections was that the editing chopped up an otherwise amazing performance. The next time he goes to the dark side, it deserves to be uninterrupted with a chance to sink his teeth in, which a TV show’s pacing would allow. He would continue to blow minds and Mindhunter fans would get a resolution — there’s no good reason not to order Season 3, and the proof is in Matrix 4. Brittany Frederick is a TV Features Editor at CBR. She has been a professional journalist in TV, film and theatre for over 20 years. Her one goal is to interview Jonathan Groff, but she’s sung with Adam Levine and gone 200 MPH with Mario Andretti while appearing in Variety, EW.com, CNN and NBC. Email her at bfrederick@brittany-frederick.com, visit TVBrittanyF.com, and follow her on Twitter @tvbrittanyf.