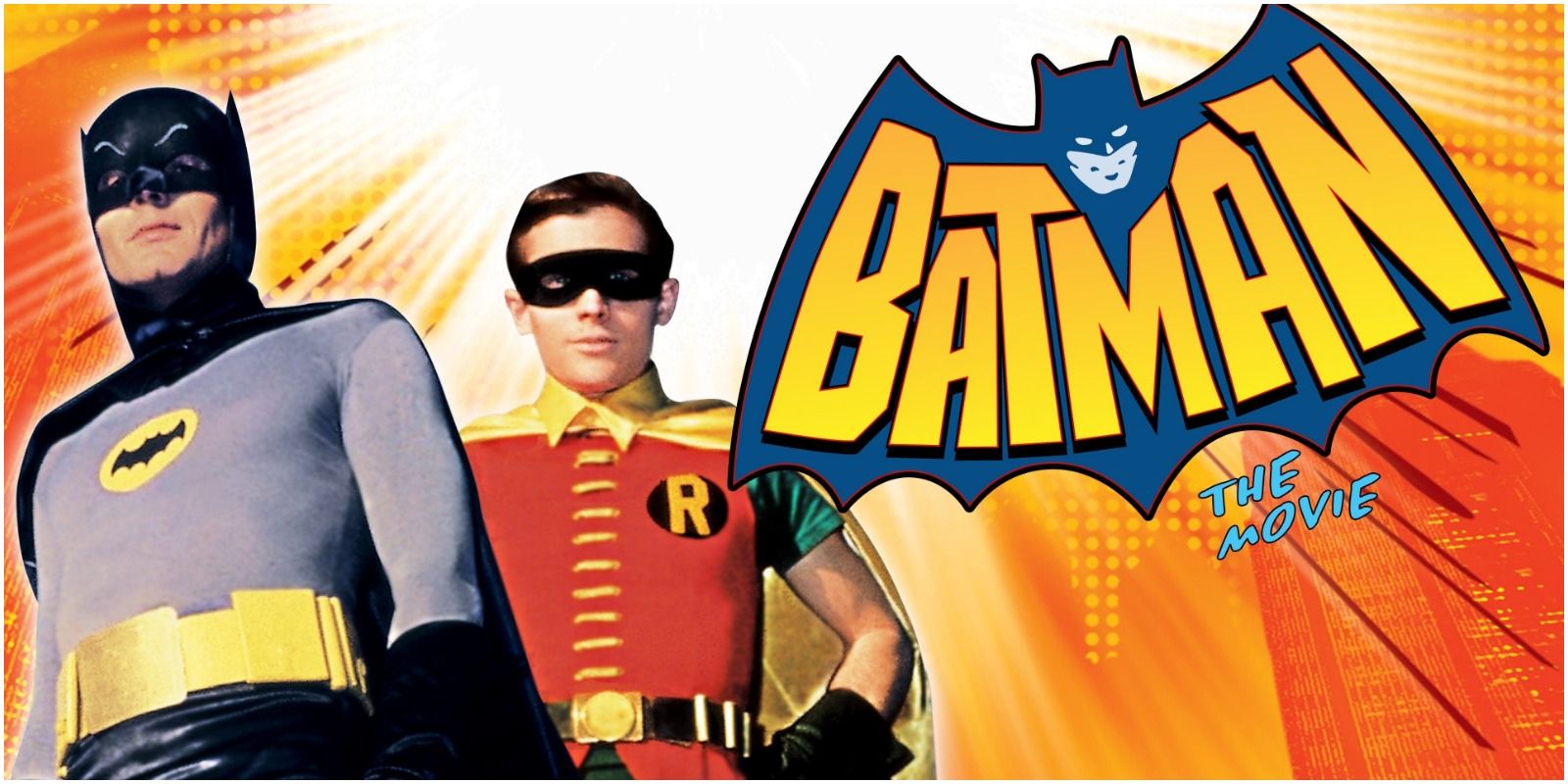 Batman creators Bob Kane and Bill Finger initially drew the Caped Crusaders as fun-loving superheroes who smiled as they defeated goofball villains. This inspired the 1966 Adam West Batman TV Series, which was a lighthearted take on the Dynamic Duo that ran for 120 episodes. The TV show was filled with campiness, creating a fandom that spawned a movie with countless memorable moments. However, some were more fulfilling than others and are synonymous with adventurous comedy.

Cesar Romero’s Joker and Frank Gorshin’s Riddler were two hilarious standouts in the 1966 Batman movie. They constantly laughed hysterically while trying to deceive the Dynamic Duo. To get Batman and Robin’s attention, the Riddler starts launching Polaris missiles into the sky, which blow up into jokester riddles. In one of the great moments during the film, the Penguin tells Riddler to start making his messages clearer so the heroes will truly understand them. Joker reiterates Penguin’s sentiment, and as the Riddler and Joker stare into each other’s eyes, they both break out in over-the-top hysterical laughs.


9 Batman Gets Attacked By A Shark & Uses Bat Shark Repellent

The opening scene of Batman finds the Caped Crusader’s tracking a yacht that is supposedly in trouble. However, when Batman is about to drop down on the boat, it disappears. This leads to Robin dropping Batman into the ocean, and when he pulls Batman back up, there’s a giant shark latched on to his leg.

RELATED: 10 Best Episodes Of Adam West’s Batman (According to IMDB)

In the comics, Batman and Robin have always been known for their awesome cars, other vehicles, and famous Batcave. Thankfully, Batman incorporated all of them in the 1966 film. The Batcave and Wayne Manor were awesome, thanks to the costume-changing poles and all the cool machinery. The classic Batmobile looked great and was used multiple times, as were the Batboat, Batcycle, and Batcopter. The vehicles may not have been as sleek as future iterations, however, they were really cool for their time period and helped get the Dynamic Duo around Gotham with ease.

The climax of Batman finds Batman and the Boy Wonder locating Penguin’s submarine, which leads to a battle of fists between the heroes and the villains. Fights weren’t as realistic in the 1960s, yet, it was still a fun battle between the criminals, their henchmen, and the Dynamic Duo. Filled with lots of Pows and Bangs, along with some hilarious stunt doubles, the fight ends with Batman and Robin sending all the villains into the ocean and stopping Catwoman inside the sub.

While Batman comics and movies have included loads of significant villains over the years, a lot of the more dangerous villains weren’t introduced until recently (or at least didn’t become as deadly as they would). However, Batman targeted the most important villains at the time, and the movie was smart to have Joker, Riddler, Penguin, and Catwoman as the antagonists.

While they constantly bickered, all four villains would eventually get on the same page as they tried to dismantle the Dark Knight and his Boy Wonder. Cesar Romero as Joker, Lee Merriweather as Catwoman, Frank Gorshin as Riddler, and Burgess Meredith as the Penguin were perfect castings for the time, and they stole the movie with their campy criminal antics and activities.

Catwoman comes up with a plan to seduce Bruce Wayne under the guise of a Russian news reporter named Miss Kitka. The villains think Batman and Robin will spring into action once someone like Bruce Wayne is in trouble, giving them an opportunity to trap them. After sharing a romantic night together, Bruce and Kitka are kidnapped by the villains before Robin and Alfred can help out. Bruce eventually escapes but can’t find Miss Kitka (because she’s in her Catwoman costume) so Bruce leaves alone. However, at the end of the film, Catwoman’s mask falls off and her true identity is revealed to Batman, who hears sad romantic music in his head and looks into the camera deadpan.

While Miss Kitka fools Batman for most of the movie, the Dynamic Duo doesn’t fall for the Penguin’s disguise as Commodore Schmidlapp. Although Penguin does gain access to the Batcave, his thugs are easily defeated, which leads to Batman devising a plan of his own to foil the villains. Burgess Meredith was such a great Penguin, and although his ridiculous costume change wouldn’t fool a 2-year-old, his charismatic personality and behavior in the Batcave stole the scene. Penguin hanging from a ladder in the Batcave after his dehydrated henchmen are beaten remains one of the funnier moments in the movie.

Batman villains have graduated to more dangerous and murderous crimes in recent years. However, Batman in 1966 was a completely different time. Stealing a total dehydrator from Commodore Schmidlapp, the villains alter the machine and test it out on some of their goons. Although it doesn’t fully work at first, the United Criminal Underworld work out the kinks and shrink the United World Organization Security Council to a pile of dust. Batman and Robin successfully rehydrate the Council after the villains are defeated, although something goes wrong and members of the Council get mixed up.

Although they save the United World Organization’s Security Council, Batman and Robin don’t work out all the kinks, which leads to members of the council trading personalities. Fearing the repercussions of not successfully returning members of the Council to themselves, Batman hilariously tells Robin to move slowly to the window so they can make a quick exit. The movie ends with Batman and Robin using their Batarang ropes to descend down the huge building – something that would become a regular occurrence on the 1966 Batman TV show.

1 Somedays Batman Just Can’t Get Rid Of A Bomb!

The most memorable and hilarious part of Batman comes when the villains leave a bomb in their secret bar hideout, leaving Batman with the conundrum of disposing of the explosive. As the giant bomb is smoking and ready to blow, Batman jumps out the window and tries to get rid of it in the ocean. Unfortunately, Batman runs into two lovers in a boat and later a family of ducklings, which makes him seek other options. He hysterically runs around the pier, looking for somewhere safe to get rid of the bomb, but he keeps bumping into a lady and her baby, as well as a school band, and other innocent living creatures. He finally disposes of it in another part of the water and takes cover, but not before saying to himself, “Somedays you just can’t get rid of a bomb.”

NEXT: 5 Reasons Adam West Was The Best Batman (& 5 Why He Was The Worst) 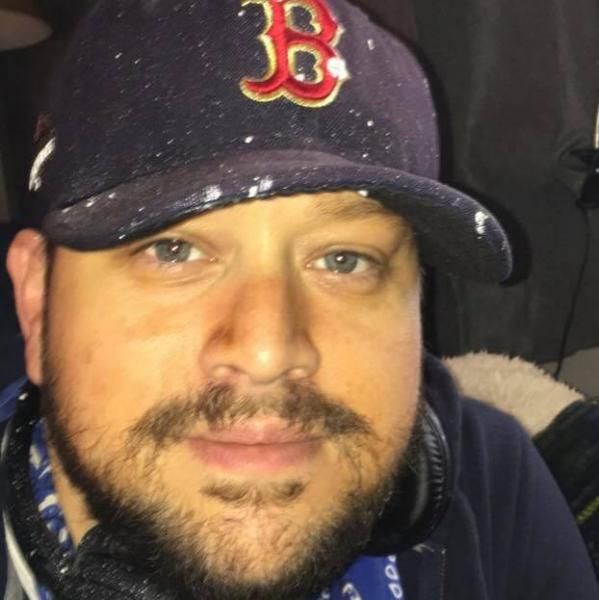 Kevin DelSignore is a writer and wannabe artist. He is a graduate of Worcester State University in Worcester, Ma where he received his Bachelor’s Degree in Communications. Kevin was born and raised in Boston, Ma, and still resides there today. He has also worked for the local YMCA for several years and provided safe and fun environments for kids all over the city. Kevin enjoys Marvel, DC, Star Wars, Collectibles, Pro Wrestling, and TV/Film study in general. Please join Kevin on Twitter @KevDelSignore