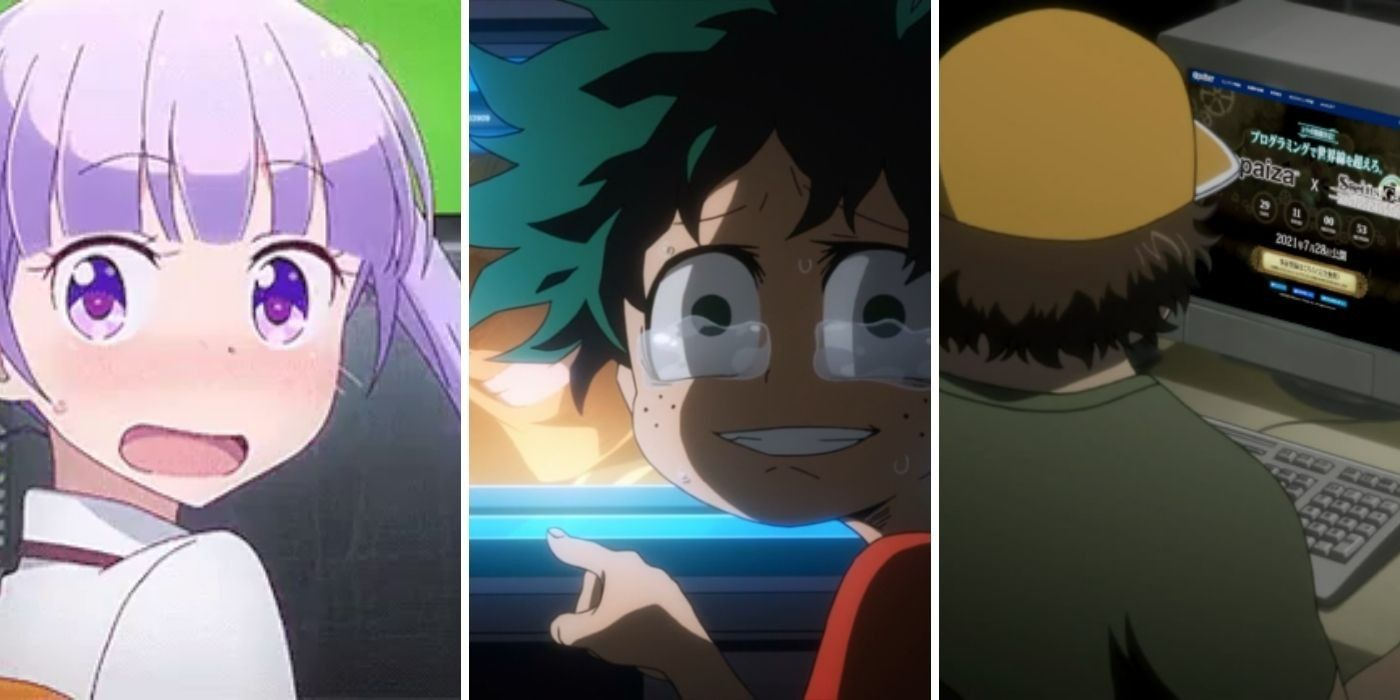 Product placement in anime is known for being equal parts bizarre and hilarious. Due to the cost of featuring official brand names, anime production studios are forced to get creative and come up with a variety of alternative names for each product that the characters may use in order to avoid using the official names of renowned brands.

Google is quite frequently used in everybody’s day-to-day lives; therefore, its’ inclusion in anime and manga was seemingly inevitable. However, this well-known search engine is certainly no exception to the humorous name changes that animators have come up with over the years.

10 Goggle Can Help You Find All The Answers, Even In Murky Waters

The 2013 anime Hyperdimension Neptunia’s source material was a video game of the same title. As is the case with most modern anime, characters are seen using a search engine at some point in order to find an answer to a question that they may have.

Though this anime’s name change is a more minor one in comparison to other changed spellings of the renowned search engine, Hyperdimension’s Neptunia’s equivalent to Google is nonetheless laughable. In this anime and the corresponding video game, “Google” is replaced by the simple alternative, “Goggle.”


9 Just Run A Quick Geegle Search On It

Prison School takes place in an all-girls boarding school with a prison for unruly students who fail to follow the rules. This anime has a reputation for all of the humor within the story being showcased in strange and unpredictable ways.

As expected, the name displacements for specific brands that the production studio came up with are certainly no exception to the anime’s bizarre atmosphere. In the case of Prison School, “Geegle” suffices as a humorous bootlegged alternative to the standard “Google.”

8 Gooble Can Bring You All The Answers

The slice of life anime Aura: Maryuuinkouga Saigo No Tatakai focuses on the romance of average high school students Ichirou Satou and Ryouko Satou. It features quite a few variations on the names of commonly-used brands, as expected from an anime that is set in the modern day.

Google, of course, is no exception to being the target of yet another name variation. In Aura: Maryuuinkouga Saigo No Tatakai, “Google” gets turned into the search engine “Gooble.”

The popular science adventure series Steins;Gate features a number of real-life references, ranging from eccentric bloggers claiming to time travel to the bulky computers from the seventies. Of course, each of the references included in this anime are given a bootlegged title derived from their real-life counterparts — some of these titles are more outlandish than others.

Google is included in the ranks of real-life references with name variations in Steins;Gate. In this case, “Google” is substituted for the straightforward alternative, “Goodle.”

No Matter How I Look At It, It’s You Guys’ Fault I’m Not Popular is a slice of life anime that focuses on the socially inept 15-year-old protagonist, Tomoko Koroki. In the anime, Tomoko believed that she would be immensely popular upon entering high school, only to be met with the harsh reality that nothing would really change for her social status.

As expected from a slice of life anime, many day-to-day products have their place in this anime, just with hilariously butchered alternative names. In this anime, “Google” is substituted for the hilarious variation, “Gaagle.”

5 People Looking For Information Use Qeeqle

New Game! focuses on the protagonist, Aoba Suzukaze, as she works at a company called Eagle Jump, which created her all-time favorite video game. As she works alongside others who share her passion for the video game, the audience quickly picks up on all of the not-so-subtle brand name variations.

RELATED: 10 Best Anime Movies Based on Video Games, According to IMDb

In this anime, “Google” becomes the ridiculous sounding “Qeeqle.” In the anime, Aoba uses the search engine Qeeqle to search for an individual who has twin-tails, just like she does.

4 If You Have A Question, Just Glegoo It

A Certain Magical Index: Miracle of Endymion is a movie that is centered around a high schooler named Touma Kamijou. He meets singer Arisa Meigo, as a number of unusual occurrences start to occur around his town.

Regardless of the plot, this is a modern-day anime. Therefore, many of the brands placed within the movie make their cameo through butchered, bootlegged names. In Google’s case, it is replaced with the humorous “Glegoo” to take its’ place.

In season 3, episode 24 of My Hero Academia, society is reeling from the transition of All Might to Endeavor as the new number one pro-hero. This major transition between hero personalities left people shocked, as they were now without a hero to call their Symbol of Peace.

Naturally, people turn to the internet to research Endeavor, revealing just how negative this fiery hero really is received by the public. In this case, people are searching for Endeavor and finding articles of hatred toward him on a search engine called “Moogle,” rather than the renowned “Google.”

2 Searching For The Truth On Deluoodle

As part of the Steins;Gate series, Chaos;Head features many references to real-life products and occurrences, including renowned brands. While Steins;Gate features the simple “Goodle” as a bootlegged alternative, Chaos;Head opts for the search engine to reflect elements of the plot.

Consequently, the result is “Deluoodle” as a replacement to the well-known “Google.” Deluoodle refers to the delusions which take place in this anime. It even features its’ own version of Google Maps called Deluoode Map System.

1 Learning About Video Games Through Uoogre

In episode 42 of Hunter X Hunter, Gon, Killua, and Leorio are researching a video game called “Greed Island.” The search engine they use is called “Uoogre,” a hilarious misspelling of “Google” that is nearly impossible to pronounce and absurdly funny to even look at.

While some fans claim Uoogre is simply written in the linguistic system found in the world of Hunter X Hunter, it’s undeniable that Uoogre is truly the peak of well-known brands being bootlegged in anime.

NEXT: 10 Anime That Could Only Exist Thanks To Product Placement


Next
10 Best Anime With The Worst Villains

Sarah Martin is an Anime Lists Writer for CBR. She is also a digital artist. As an enthusiast of anime, manga, and gaming, Sarah has been an active participant in many fandoms throughout the years. She enjoys using her love of writing to analyze works of fiction and help others find their new favorite anime/manga through recommendations. You can follow Sarah on her Instagram and Twitter pages, both @cozylychee. You can also see what anime/manga she is currently enjoying on her Anilist: https://anilist.co/user/cozylychee/.