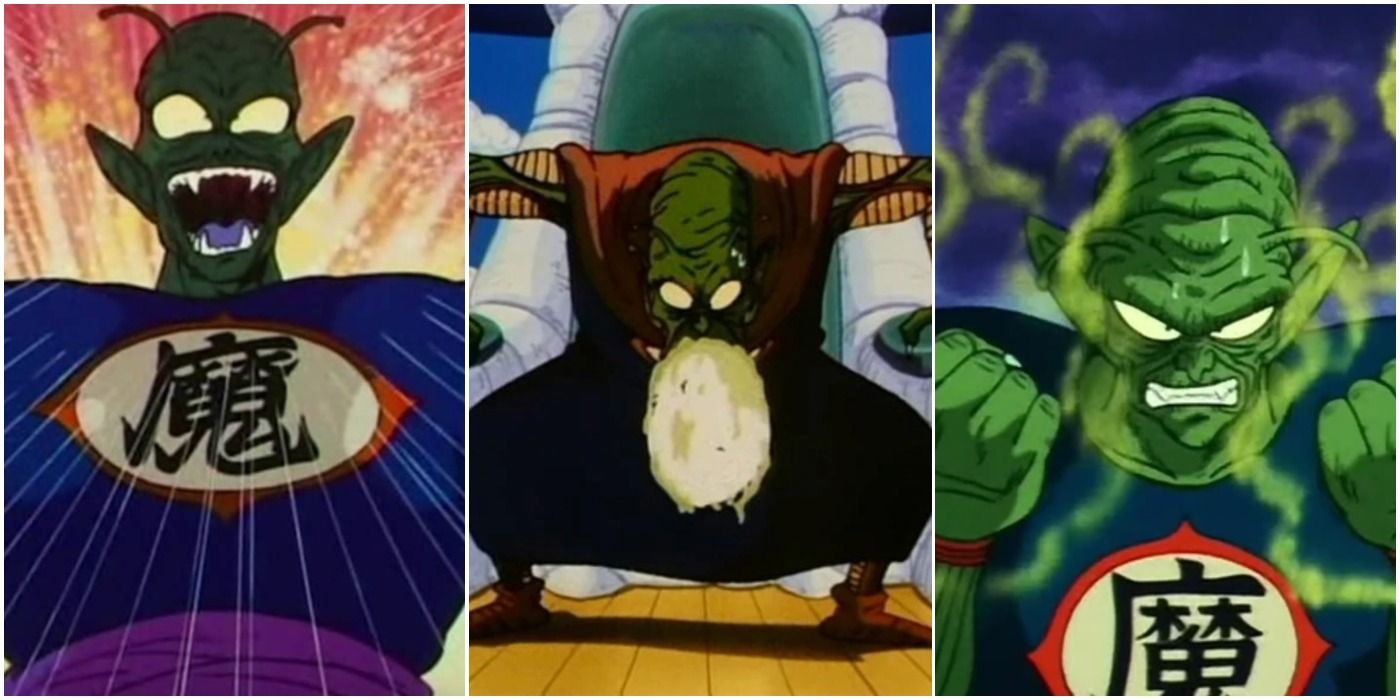 Akira Toriyama’s Dragon Ball has solidified its status as one of the most popular and influential shonen series of all time. Dragon Ball has kept fans entertained with unbelievable displays of action for more than 35 years with no end in sight for the heroic adventures of Goku and company.

RELATED: Dragon Ball: 10 Times The Villains Did Something Nice

Dragon Ball chronicles Goku’s growth as a martial artist. Most of Goku’s biggest obstacles come in the form of a deadly villain who threatens the planet. Dragon Ball villains have come a long way since the start of the series, but the original series’ Demon King Piccolo remains one of their most effective and terrifying enemies.

Dragon Ball establishes itself as a weird and wonderful fantasy series from the start, but it begins as a relatively grounded adventure in certain respects. For instance, many of the earliest enemies that challenge Goku are just strong humans with impressive martial arts skills or reinforcements. Demon King Piccolo is a radical change of pace because he’s inhuman and represents a push towards more demonic and extraterrestrial threats. The existence of Namekians wasn’t revealed at the time, but King Piccolo’s physical difference still contributed to his villainy.


9 Demon Piccolo Successfully Regains His Youth Through The Dragon Balls

Many characters focus on the location of the Dragon Balls and forget the other steps required in order for Shenron to grant the user’s wish.

The powers of the Dragon Balls and Shenron continue to be explored in compelling ways, but it’s a huge shock when Demon King Piccolo demonstrates his new strength by destroying the eternal dragon. The death of Shenron means that the Dragon Balls can no longer be used and therefore no one can reverse King Piccolo’s wish.

7 The Evil Containment Wave Fails To Secure Him

There are hundreds of powerful techniques that have been introduced over the course of Dragon Ball, but there are certain skills that have very specific applications, as if they’re designed to defeat a particular individual. The inconceivable threat that Demon King Piccolo poses pushes Master Roshi to turn to the Evil Containment Wave, a volatile technique that can trap demonic beings. This maneuver is built up so much, yet Demon King Piccolo manages to overcome it, which also results in Roshi’s death. It’s another moment where Demon King Piccolo feels utterly invincible.

The growing Dragon Ball series has slowly filled in the blanks when it comes to the unique nature of the Namekian race, but they were still a mystery in the original series. One of the few details provided is that Kami and Demon King Piccolo actually share a significant bond, and they were once one individual. Kami and King Piccolo represent opposite extremes, but their connection remains. Kami is Earth’s Guardian and a pivotal presence where the Dragon Balls are concerned. Demon King Piccolo is uniquely skilled to terrorize Earth’s Guardian and take him out if he’s ever pushed into a corner.

It might seem like global fallout is normal for Dragon Ball, but Goku and company usually do a decent job at minimizing the level of reckless destruction that occurs. Demon King Piccolo isn’t content just being in charge of the planet, he wants the public to live in fear and experience a bleak period of reckoning.

Demon King Piccolo’s rule is punctuated by his release of demons, which caused destruction and established a new world order. It was the greatest conflict Earth had ever seen at the time.

Anime is a medium that’s full of death, especially when it comes to shonen series. Dragon Ball is no exception. Oddly enough, Dragon Ball has slowly found ways to skirt around fatalities thanks to the restorative powers of the various sets of Dragon Balls. That being said, the Dragon Balls’ ability to resurrect lost souls isn’t a popular battle strategy in the original series. It’s devastating when characters like Chiaotzu, Krillin, Master Roshi, and Tien, all pass away because of Demon King Piccolo or his minions. He truly gives Goku something to be angry about.

The villains in Dragon Ball are full of creative strategies that allow them to survive a little longer, but Demon King Piccolo goes a step further. He asexually reproduces an army of minions. Tambourine, Cymbal, Piano, and Drum, are all powerful demons that carry out King Piccolo’s murderous intentions. The greatest example of this is Piccolo Jr., who King Piccolo gives birth to for the express purpose of carrying out his revenge against Goku. Piccolo Jr. is eventually able to develop his own identity and function as his father’s blunt tool.

It might seem as if there’s perpetual conflict in the world of Dragon Ball, but there are also lots of opportunities for characters to have fun and show off their strength in a playfully competitive manner. The World Martial Arts Tournament is a Dragon Ball tradition and it’s one of the highlights for Goku and company during their early days as martial artists. Demon King Piccolo takes this cherished institution and transforms it into a manifestation of his tyranny. King Piccolo fills the tournament with deadly fighters, intimidating stakes, and a general vibe that leave the public frightened rather than excited.

Tunnel vision is a real thing in Dragon Ball. Many villains are so focused on their immediate goal that they fail to consider a myriad of equally important factors. Strength is paramount in Dragon Ball, but it’s far from everything. Demon King Piccolo establishes himself as a successful villain because he quickly takes out the Earth’s military, elevates himself to the planet’s king, and makes sure that the public is well aware of this new status quo. This level of pageantry isn’t common in Dragon Ball, but it goes a long way.

NEXT: Dragon Ball Super: 10 Villains Who Deserve The Broly Treatment