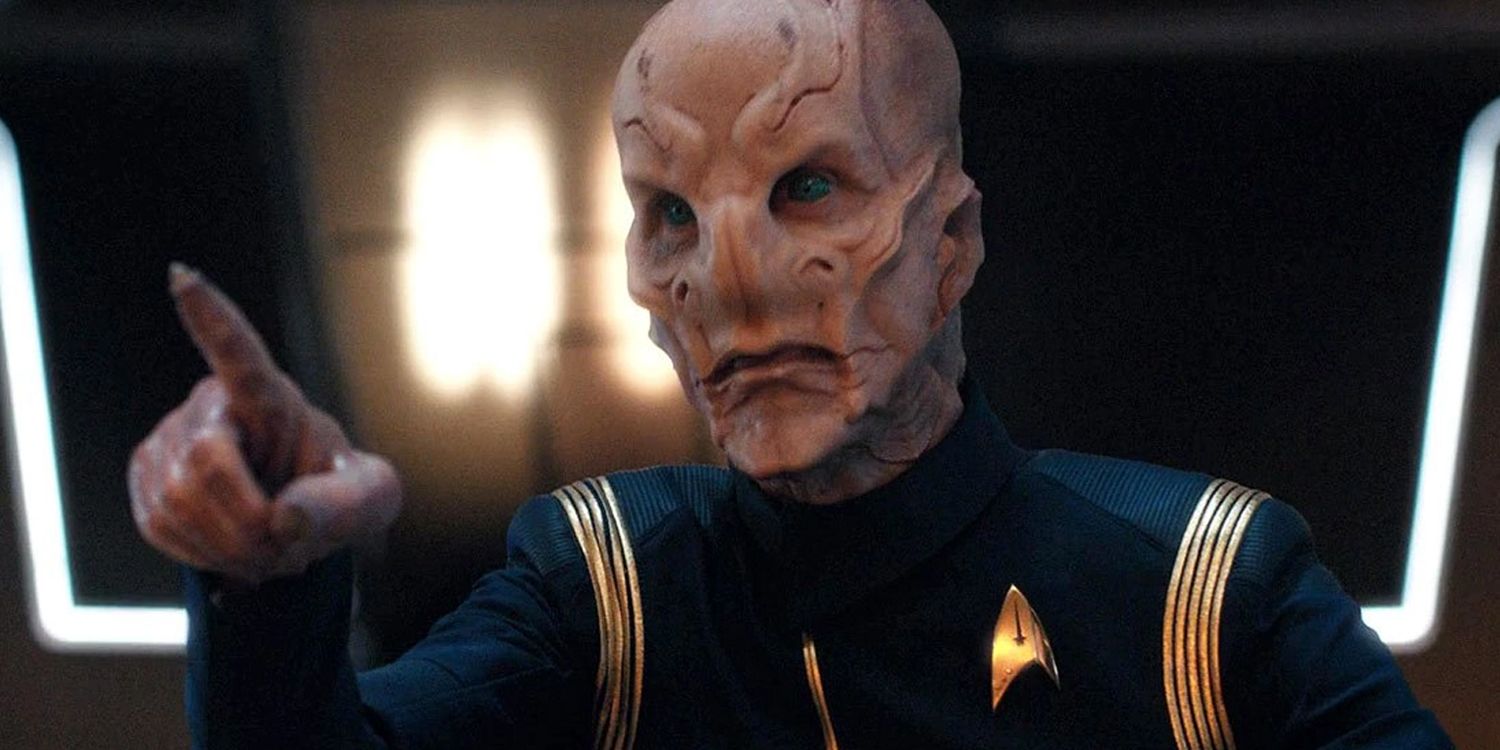 Star Trek: Discovery Season 3 saw Saru leave behind his life and career in Starfleet to reconnect with his Kelpien roots as he returned to his home planet Kaminar, albeit over 900 years since he last set foot on the planet after the USS Discovery was transported to the 32nd century. Serving as a mentor of sorts to the troubled, powerful Kelpien Su’Kal, Saru was also welcomed back by his people as a revered elder — though he wasn’t particularly old physically compared to his counterparts due to the time-travel. And as Star Trek: Discovery Season 4 continues, Saru not only returns to Starfleet and the crew of the Discovery but finds himself in an important, new role reunited with his peers.

While mentoring Su’Kal for months and helping him transition into Kelpien society on Kaminar, Saru still visibly misses his time among the stars on the Discovery — something that Su’Kal notices. With Su’Kal’s encouragement, Saru returns to Starfleet while maintaining his advisory position on Kaminar’s ruling council, albeit now participating largely from a distance when he is able to participate at all in his civilization’s matters. And back in Starfleet, Saru is given his rank of Captain and offered command of the new starship the USS Sojourner but defers to be reassigned back to the Discovery, without upsetting his old friend Michael Burnham‘s promotion to Captain, instead requesting he becomes the Discovery’s new first officer instead.

Saru’s return to the Discovery as its overqualified first officer echoes Will Riker’s own career path in Star Trek: The Next Generation, with Riker’s service making him more than qualified to command a smaller Starfleet vessel for some time over the course of TNG. Instead, Riker preferred serving as a first officer on one of the finest, most important vessels in the armada rather than receive his own command. It wasn’t until years later, upon marrying Deanna Troi that Riker felt comfortable enough to be promoted to Captain and receive his own command, helming the USS Titan as seen in Star Trek: Nemesis and Star Trek: Lower Decks.

To avoid the confusion of there technically being two ranking captains on Discovery’s bridge, Burnham suggests that Saru be referred to as Mister Saru, a clear nod to her adoptive brother Spock. Throughout Star Trek: The Original Series, Spock was referred to by this more informal title rather than by his Starfleet rank as he served on board the USS Enterprise. Contemplating the change in title for a moment, Saru happily agrees to this designation as the rest of the Discovery crew welcomes him back on the starship before returning to investigate an anomaly.

In many ways, Saru feels like the soul of the Discovery, an officer learning to interact with and befriend humans while following Starfleet protocol, no matter what century it is. With the blessing of Su’Kal, Saru has returned to active duty in Starfleet and rejoined the Discovery’s crew while not completely eschewing his role in Kelpien society. And with Saru back at her side as her first officer, Burnham’s transition to the captain’s chair has benefitted from a major source of support and confidence as the Discovery races to stop a threat to the Federation rising from a cosmic anomaly.