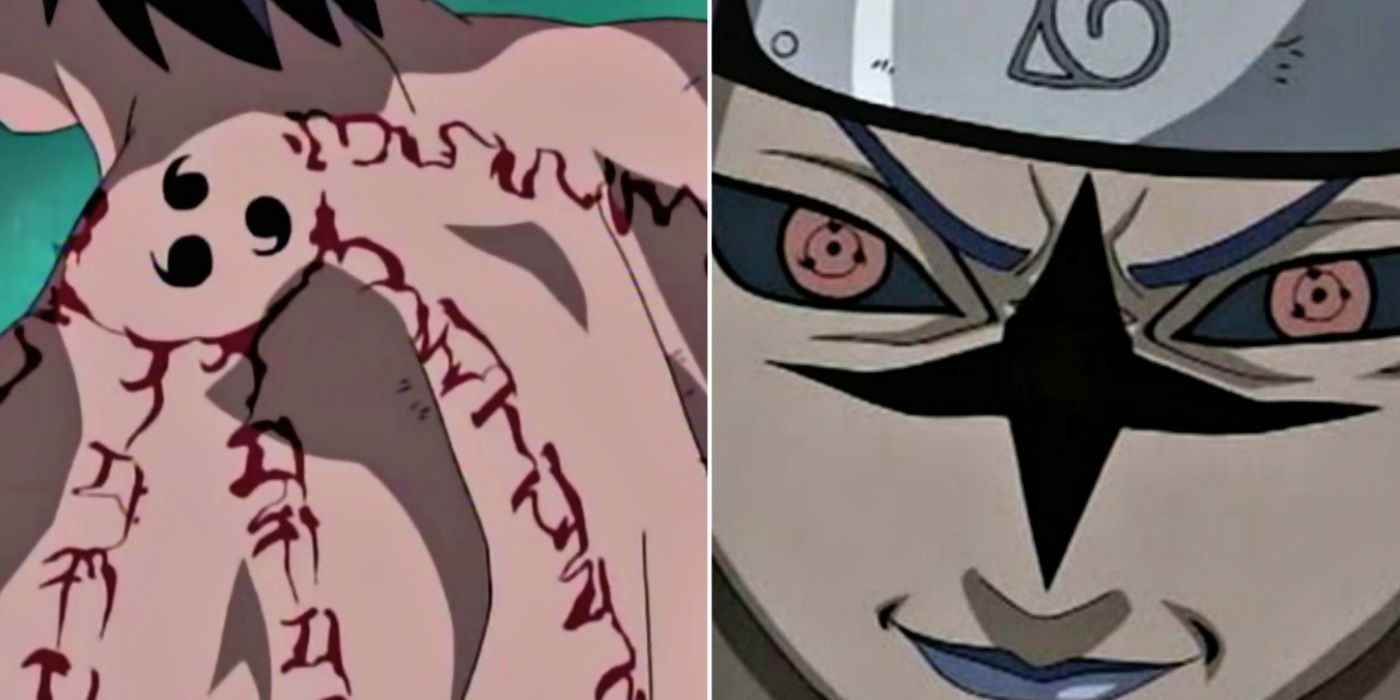 Throughout Naruto and Naruto Shippuden, there are many jutsu that remain significant throughout the story. Orochimaru’s curse mark is one jutsu that held great importance within the series, probably more so than some fans realize. It was more than just a sweet tattoo that grants immense power to the user, it turned their life upside down with few benefits.

RELATED: Naruto: 10 Worst Things Orochimaru Did That Everyone Forgot About

Acting as more than just a calling card, the curse mark is Orochimaru’s way of controlling his subjects, giving them the power to do his bidding, and so much more. It’s a great jutsu that benefits the creator, but only hurts those who are cursed with it.

10 The Application Is A Bit Awkward

In order to have any curse mark placed on the body, Orochimaru has to bite the person on the neck. It’s possible that he could have found another way that didn’t require breaking personal boundaries, but in the end, this is what he went with.

The act of biting someone with fangs in order to give out the curse marks is very on-brand with his whole snake image, but it is incredibly awkward, especially if you’re Sasuke and have only just met the older Ninja.

9 The Curse Mark Can Be An Awful Reminder

Not everyone with a curse mark is an ally to Orochimaru. Anko, for example, was just a child when Orochimaru branded her with it; it was a miracle she even survived. For her, the curse mark is a reminder of the trauma of being used and experimented on by Orochimaru, and worst of all it signals when he’s near.

During the Chuunin Exams, Anko new Orochimaru had infiltrated the Forest of Death because the curse mark began to throb. Whenever Orochimaru is near a curse mark, he can set it off to restrict the user’s movement. Even if the person in question is an ally, the painful feeling of being controlled is not pleasant in the least.

Granted, removing the mark would certainly put an end to all the drama that comes with it, but it’s not as easy as sounds. Without the proper jutsu, the curse mark cannot be lifted. Throughout Naruto and Naruto Shippuden, the only two times a curse mark is lifted is when Itachi uses the Sword of Totsuka and when Sasuke uses the Evil Releasing Method.

RELATED: Naruto: 10 Things You Didn’t Know About The True Legend Of Itachi

With no other means to quell the horrid effects of the curse mark, ninjas like the Third Hokage and Kakashi have resorted to suppressing the curse mark, which does little to help the one who’s cursed. Throughout her life, Anko continued to suffer from the pain and burden of the curse mark, and Sasuke, although he welcomed the power, didn’t fare that much better.

7 The Curse Mark Is A Constant Worry For Loved Ones

Those who are not under Orochimaru’s immediate control but are still left with a curse mark have to try to live normal lives with such a heavy burden. Those few who manage to stay away from Orochimaru for some time have built relationships in their lives, and whether they themselves worry about the mark or not, those who care about them certainly do.

For Sasuke, this was only a nuisance. Constantly having Sakura worry and Kakashi paying close attention to the mark was annoying to him. Perhaps anyone more open to love would see it as an additional pain that can’t be ignored, though either way, it is an unavoidable part of life with a curse mark.

6 Having An Active Mark Means Orochimaru Is Still At Large

Orochimaru’s goal went beyond mere experimentation and even acquiring immense power; his end goal was to attain immortality. Orochimaru managed to keep himself alive and relatively young by taking over people’s bodies, as he aimed to with Sasuke. Another way he keeps himself alive is through the curse mark.

To use as a trump card, Orochimaru keeps some of his consciousness in the curse marks, so even if his body is killed, he lives on through the marks. So long as there’s a curse mark out there, Orochimaru is still alive.

5 The Process Of Taking Control Of The Curse Mark

After the curse mark is applied, the user can’t utilize its power of their own free will when the curse is in its first stage. The only way to enter the second stage is by taking the “mind awakening pills” created by Orochimaru.

The major downside here is that once the second stage is released, the curse mark will swiftly erode the body, leaving the user to die a painful death. Sakon explains to Sasuke that the user’s body needs to adjust to the power of the second stage, which can take hours. It was only because of the Sound Ninja Four’s barrier ninjutsu, reducing the side effects, that kept Sasuke alive.

Fans learned that the curse marks are derived from Juugo’s ability to absorb senjutsu, a type of natural energy that powers any attack or technique tenfold. When Naruto trains to utilize senjutsu naturally, he learns the hard way that taking in the power can have a negative impact on the body.

This is why those given the curse mark are so overwhelmed at first. They’re taking in unfamiliar energy at a rate that could kill them, and to top it all off, they have no control over it.

Taking in raw senjutsu deforms the body to, oddly enough, become a stone frog, but the concept of bodily deformations remains the same with the curse mark. This transformation only happens in the second stage of the curse and comes with great power at the cost of the user’s mind and body.

Basically, the curse mark is mutating the individual’s body and messing with their mind. If left in that state for long enough, the person with the curse mark will never be the same.

Each of the Sound Ninja Four was given curse marks of their own, which they even admit has left them in Orochimaru’s servitude. The reality of the curse mark is that it affects their minds to such an intense degree that they can’t think on their own anymore.

RELATED: Naruto: 10 Things You Didn’t Know About The Sound Four

Orochimaru’s intention when giving the curse mark is to give his allies power to do his bidding. Granted, the curse’s power can give the user a little extra boost when it comes to fighting, but it’s nothing without hard work and comes with too many risks.

At the end of the day, the curse mark can be lifted, as Sasuke’s was with Itachi. If Sasuke didn’t have any techniques of his own, he could’ve been left powerless with the loss of the curse mark. It’s no replacement for tough training and hard work.


Next
Jujutsu Kaisen: 10 Sorcerers Who Are Close To Gojo’s Level