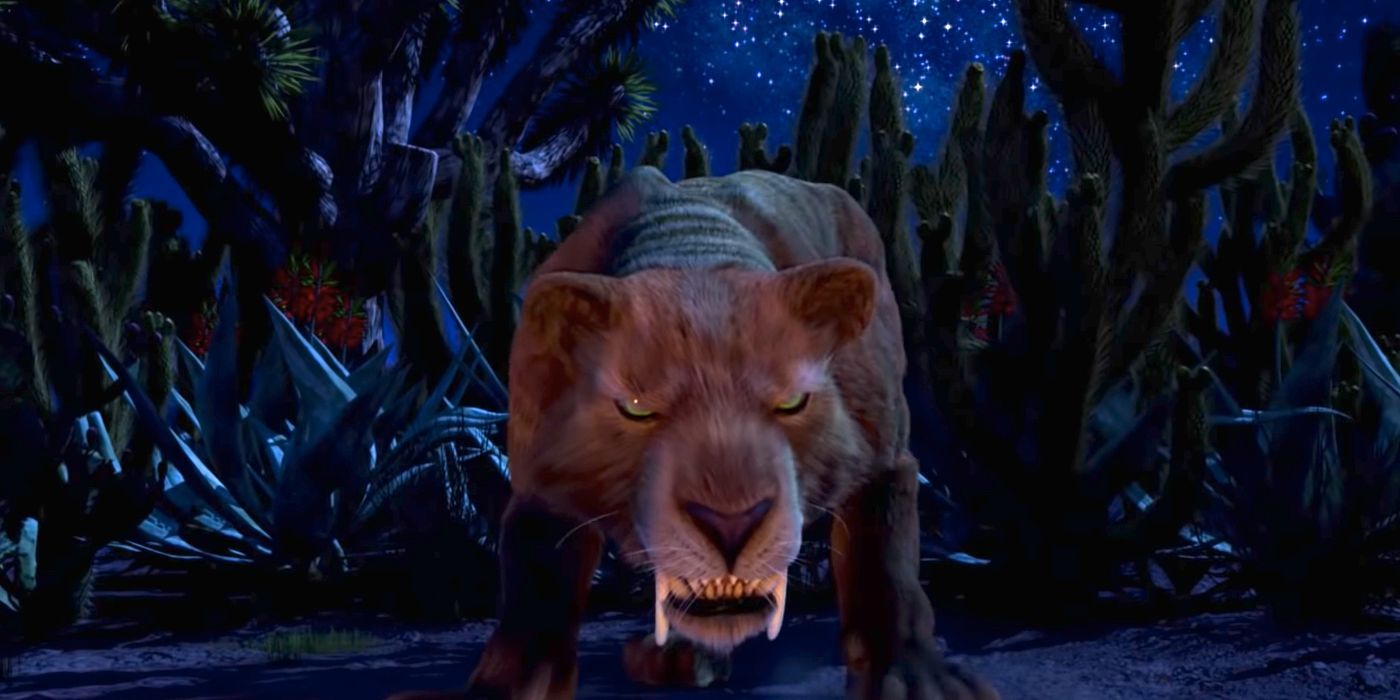 Jurassic World: Camp Cretaceous showrunner Scott Kreamer recently teased the Jurassic World universe will be expanding to include prehistoric creatures other than dinosaurs.

“I think that it just makes sense that there would be more than dinosaurs out there,” Kreamer told Collider. “There’s also the fact that we can do some things and take some swings in our show that they maybe wouldn’t or couldn’t do in the features. Wherever we can broaden out this world and tell this story and see things that are fresh and new then that’s what we want to do.”

The showrunner’s comments came after the latest trailer for Camp Cretaceous Season 4 revealed a saber-toothed tiger will be introduced. During the same conversation, Kreamer shared the new season of the animated series will also connect to the upcoming Jurassic World: Dominion film, noting, “There are certain things that we are setting up here that you’re going to see a nod to in Dominion.”

While it’s unclear if any of the non-dinosaur prehistoric creatures will also appear in Dominion, director Colin Trevorrow recently teased there will be a variety of new dinosaurs in the latest Jurassic World installment. “In this movie we really get to show some dinosaurs that I love that we’ve been holding onto for a long time, knowing we had the chance to go back to the cretaceous period and see the oviraptor and the giganotosaurus,” he said at the time. “Several of these are going to play major roles in the film itself.”

Also among the new dinos is the moros intrepidus, a newly discovered species that Trevorrow described as looking “a little bit like a T-Rex.” “It’s in the movie too, but we’re introducing it [in the Dominion prologue],” he explained. “I like small dinosaurs, maybe because as a kid I imagined having one as a pet. I love that we managed to take something that really was discovered months earlier. We saw an article about it, we looked into it, and we were able to put it into the movie.”

Trevorrow also previously teased Dominion will give the iconic T-Rex its own “superhero origin story,” explaining, “The T-Rex is a superhero for me. It really allows us to take this brilliant concept that [Jurassic Park author] Michael Crichton conceived, that is the foundation that all of this has been built on, and show it in its absolutely purest form.”