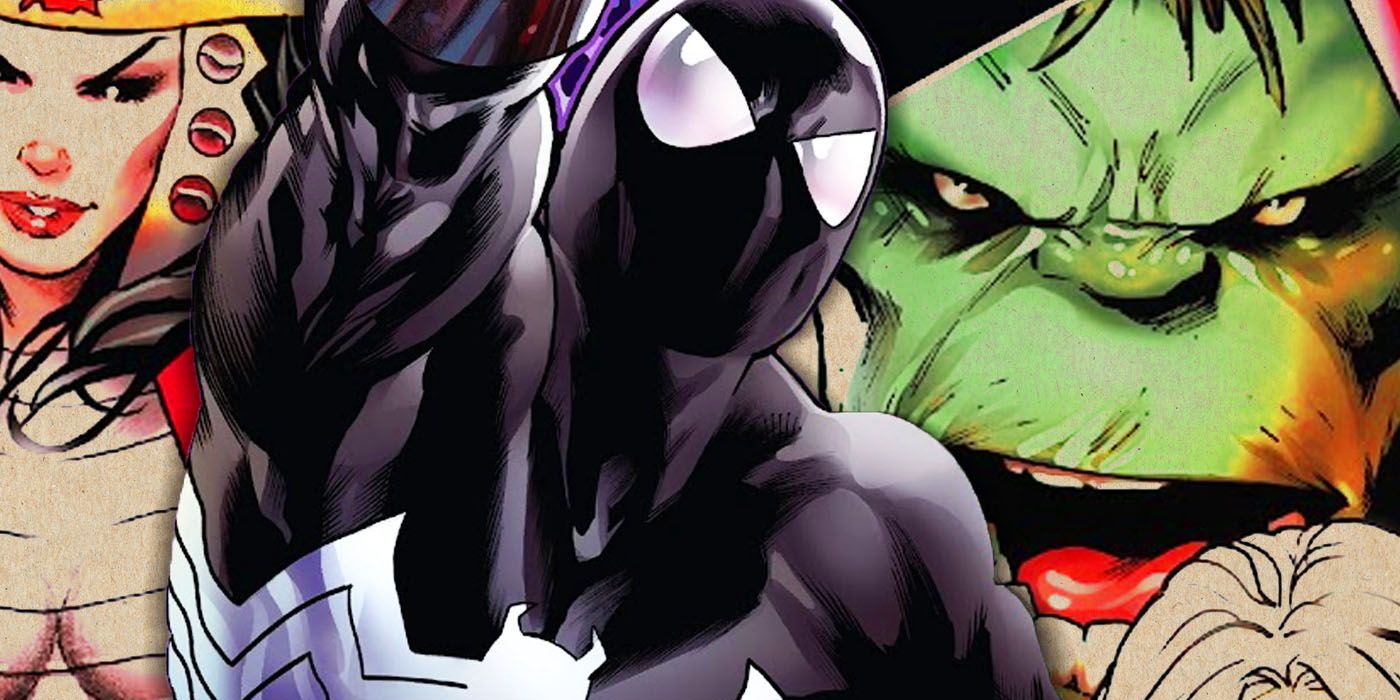 The Symbiote Spider-Man saga has returned to one of the most fondly remembered eras in the wall-crawler’s career, and sent the hero on an unexpected interdimensional journey. Along the way he has come across an enraged Hulk, heroic Eternals, and terrifying Asgardian threats. Unfortunately, none of these previous encounters have prepared the heroes to face their latest battle, as they painfully discover in Symbiote Spider-Man: Crossroads #5 (by Peter David, Greg Land, Jay Leisten, Frank D’Armata, and VC’s Joe Sabino).

After being thrust through the winding corridors of the interdimensional Crossroads, Spider-Man and the Hulk finally arrived in Asgard’s Nornheim. Here, they stand beside the Eternal Ikaris in facing the villain Karnilla, who is in possession of the powerful Matrix Stone that they heroes have fought to keep out of her hands. Unfortunately, the three powerful heroes are not enough to defeat the villain, at least not while she is empowered by the stone.

With a simple wave of her hand, Karnilla send the Hulk flying, and shrugs off the full force of Ikaris’ heat vision. Even when the heroes’ assault begins to wear her down, the Norn Queen simply increases her size to tower above her foes. As an Asgardian, Karnilla is afforded the innate abilities that come with her divine origins, as well as the powers she has attained as a sorceress. Still, he has never displayed the level of power that she now effortlessly wields against the heroes.

The effects of the Matrix Stone have already been witnessed first hand by both Spider-Man and the Hulk, who both gained exponential amounts of power when the stone exposed the worst sides of their natures. While neither hero understood the true power of the stone, Karnilla’s innate mystical knowledge makes her a natural at commanding the power of the artifact, which has made her nearly unstoppable.

It is difficult to imagine much of anyone capable of defeating Karnilla with the boost in power that she has received from the Matrix Stone. Despite having never been the most powerful Asgardian previously, her power could possibly dwarf that of most of her peers.

Karnilla’s newfound power could be a recipe for disaster in Asgard. With the scant resources available and their powers hopelessly outmatched by the combined might of the Asgardian and the stone, the heroes are in desperate need of help if they are to have any hope of prevailing against their latest challenge.

The Batman’s Oreo Collab Gives the Dark Knight a Creamy Center
10 Anime Villains Who Would Rather Surrender Than Be Killed | CBR
Attack on Titan: Who Drank Zeke’s Spinal Fluid? | CBR
How Marvel’s Most Evil Parents Defeated Iron Man | CBR
Why Marvel’s Most Powerful Cosmic God Did Drugs with Two Forgotten TV Stars