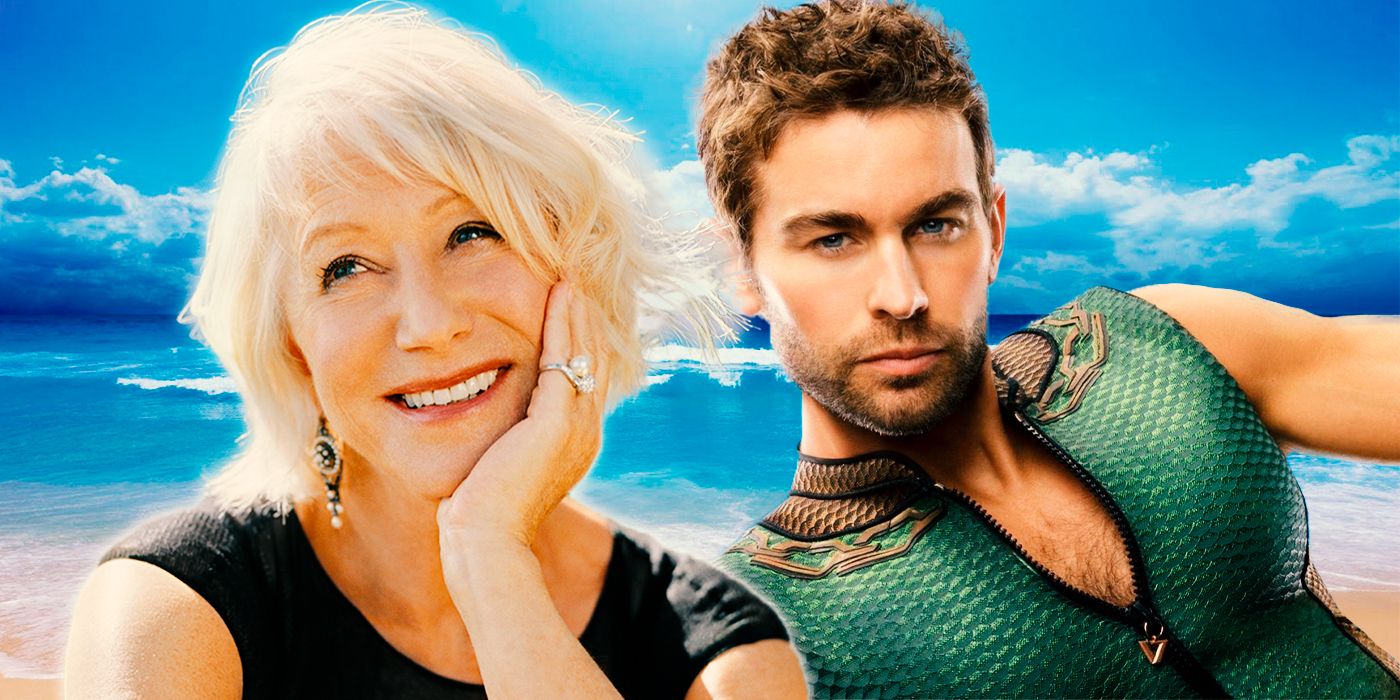 At New York Comic Con, The Deep actor Chace Crawford discussed the hilarious scene in Season 2 of The Boys that saw the Deep having a conversation with his own gills while he was high on drugs. Crawford, though, revealed a new detail about the sequence — the original hope was that the gills would have the voice of Dame Helen Mirren!

Chace revealed this fact during a panel discussion at the convention with his fellow The Boys star, Jack Quaid, who was wondering whether Crawford knew that the gills would eventually be voiced by comedian (and Agents of S.H.I.E.L.D. star) Patton Oswalt.

RELATED: The Boys: Chace Crawford Was Nervous About Fan Reaction to the Whale Scene

Crawford revealed that he did not, but continued to note, “No, I didn’t actually. I think… I remember Kripke saying, “We’re going to try and get Helen Mirren for this. We want Helen Mirren to do these scales.”

Obviously, the show’s creator, Eric Kripke, was unable to get the legendary Oscar-winning British actor for the role, so he instead turned to Oswalt. Kripke later explained the Oswalt casting to Collider, “I took a certain perverse pleasure that the guy who was the lead voice in Ratatouille comes in to voice the Deep’s mangina — I mean the guy who was in the Secret Life of Pets 2, a real evergreen superstar when it comes to animated voices. The idea of him being this animated male vagina on this guy’s chest, it was really hilarious to me, man.”

RELATED: The Boys Hired a Bowling Double for Starlight and Hughie’s First Date – But Didn’t Need Her

Kripke had earlier explained to TV Line the curious origin for the gills sequence, “One of the things we do in this show that is so funny to me is we genuinely start with character. The gills were not the thing we first came up with. It was, ‘Boy, we really need The Deep to really confront what a piece of s–t he is and why.’ He’s sort of part of this new church, and he needs to kind of explore who is… We’ve known for a long time how much he hates himself, and he takes it out on women, and we just wanted to explore that.”

He then continued, “Honestly, the conversation just started there, and who could he talk to about this? Who knows his history? And then from there, [it] went to, ‘Oh, he should, like, take drugs and maybe talk to himself’ — I never know who pitches what in the room, this big group of brilliant people — and someone said, ‘His gills should talk to him!’ It was so good.”

KEEP READING: The Boys Showrunner Only Ever Envisioned Erin Moriarty as Starlight