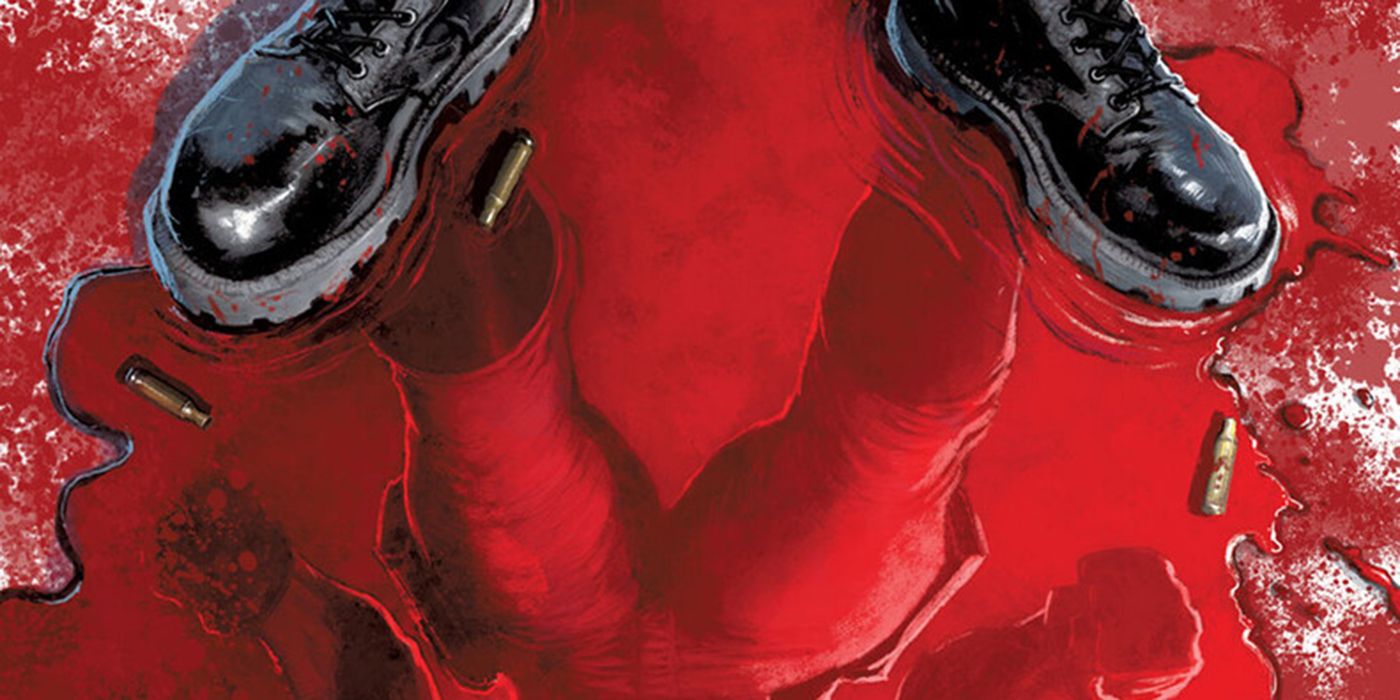 Next year, DC Comics’ Peacemaker stars in his own one-shot from writer Garth Ennis, co-creator of Preacher and The Boys, and artist Garry Brown.

Peacemaker: Disturbing the Peace #1 is a 40-page prestige format one-shot set to hit comic shops on Jan. 25, 2022. In addition to a main cover by Juan Ferreyra, the issue features variant covers by the aforementioned Garry Brown, as well as by Ryan Brown and Amanda Conner. The comic is set long before Peacemaker joined the Suicide Squad, as Christopher Smith meets with a psychiatrist to explore his troubled childhood and military service. However, when Peacemaker discovers that his psychiatrist is taking too great an interest in his past, he realizes her obsession could prove dangerous.

Currently, Peacemaker is part of the ensemble cast of DC’s monthly Suicide Squad comic. Written by Robbie Thompson, the series has focused on Amanda Waller building her own Justice League to take over Earth-3, with Peacemaker playing a pivotal role in gathering and recruiting new members. Outside of that, he has also been featured teaming up with Swamp Thing, setting the anti-hero up for a new mission of his own.

Outside of this one-shot, Peacemaker is set to have a big year in 2022. Though The Suicide Squad proved to have mixed box-office success, John Cena will be returning as the character for his own HBO Max series. Written and co-directed by James Gunn, Peacemaker makes the titular anti-hero an untrustworthy force for good under the thumb of the U.S. government. The character will also be the centerpiece of a series of variant covers in January, drawn by the likes of Dan Mora, Kaare Andrews, Jorge Fornes and more.

Written by Garth Ennis and illustrated by Garry Brown, Peacemaker: Disturbing The Peace #1 goes on sale Jan. 25, 2022 from DC Comics.

Henry Varona is a writer and comic book connoisseur who never seems to take himself too seriously. He has worked with Midtown Comics, Multiversity, and ScreenRant. Along the way, he has collaborated with some of the biggest names from comics and film, but has never forgotten what truly makes entertainment special – the fans. He’s passionate about wrestling, comics, action figures, and pineapple pizza. You can find him on Twitter at @HAVcomics.