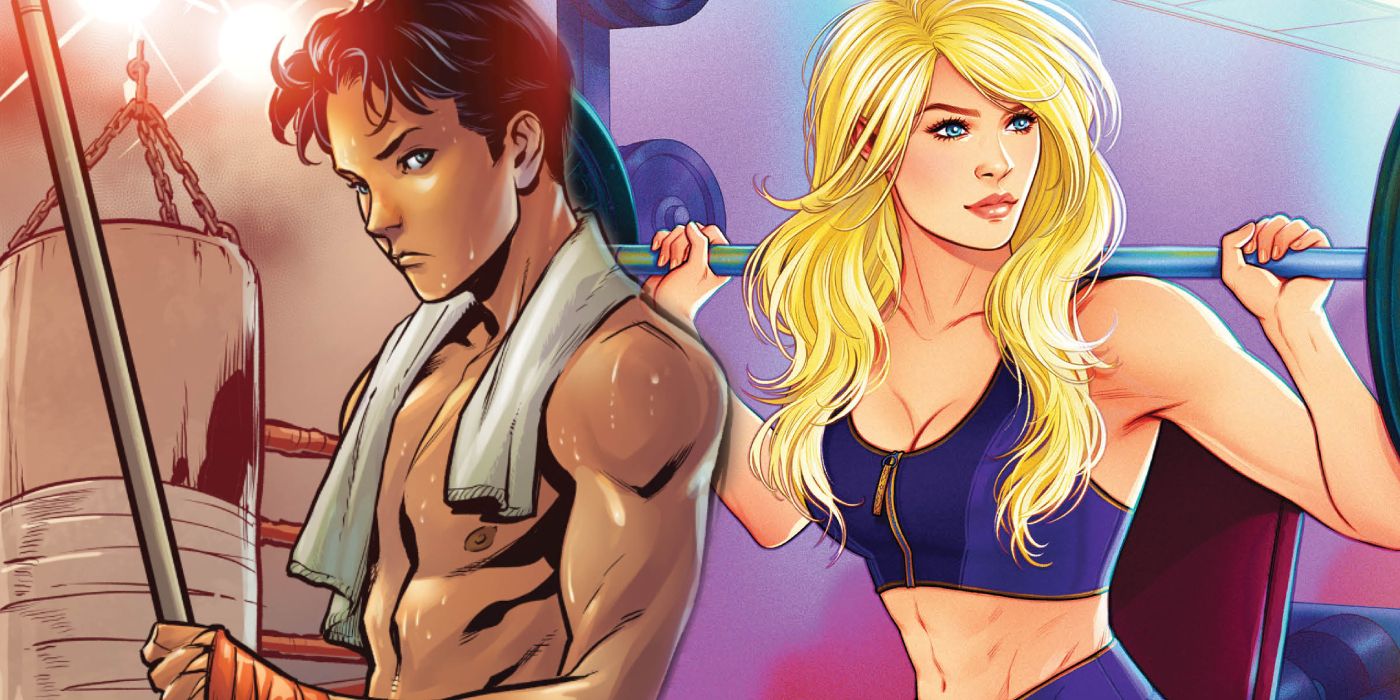 DC Comics‘ upcoming six-issue limited series Robins by Tim Seeley and Baldemar Rivas features “some of the greatest athletes in the DC Universe.” With that in mind, DC has announced that each issue of the title will launch with a special “Work Out” variant cover, which sees Batman’s various sidekicks hitting the gym.

The winner of DC’s Round Robin Fan Tournament, Robins is slated to launch on Tuesday, Nov. 16. At this time, DC has revealed four of the planned “Work Out” variants. Issue #1’s variant comes from artist Babs Tarr and features none other than the original Robin himself, Dick Grayson, who goes by Nightwing these days.

RELATED: Nightwing Returns to a Fan-Favorite Costume in 2022

“I remember while working on Batgirl of Burnside, I wasn’t super familiar with who Nightwing was,” said Tarr. “I asked one of my writers, ‘What’s the deal with this guy? Why does our Babs have such a thing for him?!’ And Brenden [Fletcher] explained Dick Grayson to me, I sat back in my chair and said, ‘I get it.’ Hah. Ever since getting to do our romance issue with Nightwing, I too, will also always have a thing for Dick Grayson.”

The “Work Out” variant for Robins #2 comes from artist Nick Robles and features the second Robin, Jason Todd, aka Red Hood. Meanwhile, the Robins #3 variant comes from artist Marcus To and features the third Robin, Tim Drake. “Tim Drake has been an important character for me,” said To. “I would not be where I am today in my career were it not for our favorite Robin. Working on the Red Robin series back in 2010 was my first run on a DC title and it means so much to me. When DC approached me to work on the workout variant for Tim Drake, I jumped at the opportunity.”

Finally, the “Work Out” variant for Robins #4 comes from artist Jen Bartel and features the fourth Robin, Stephanie Brown, who donned the red-and-green tights for a brief period of time before the role of Robin reverted to Tim Drake. Stephanie Brown later assumed the mantle of Batgirl, making her the only character to serve as both Robin and Batgirl in the main DC continuity. Stephanie is also known by her original alter ego, Spoiler.

In addition to the variants, DC has compiled an official Robins workout playlist on Spotify. The playlist features tracks such as “Shake It Off” by Taylor Swift, “Chop Suey!” by System of a Down, “DNA.” by Kendrick Lamar, “Smells Like Teen Spirit” by Nirvana and “My Hero” by the Foo Fighters, among many others, including “Oh No!!!” by Grandson, which was recently featured in the DC Extended Universe film The Suicide Squad.

Seeley and Rivas’ Robins unites all five mainline Robins: Dick Grayson, Jason Todd, Tim Drake, Stephanie Brown and Damian Wayne. “As an unknown assailant claims to have been the first Robin, the flock of Robins must figure out who she is, and what it means to be a Robin,” an official synopsis for the series reads.

“I’ve been waiting to write all the Robins together since my Nightwing days!” said Seeley. “The chance to take this series straight to the fans meant we got to see the passion for these characters on full display, and I’m thrilled to work on it with Andrew, Baldemar and Romulo [Fajardo Jr.]!”

“I’m beyond thrilled to be working with an incredible team!” added Rivas. “Thank you everyone who voted for us and making this happen. Tim’s been cooking up something fierce with the Robins and can’t wait to show y’all!”