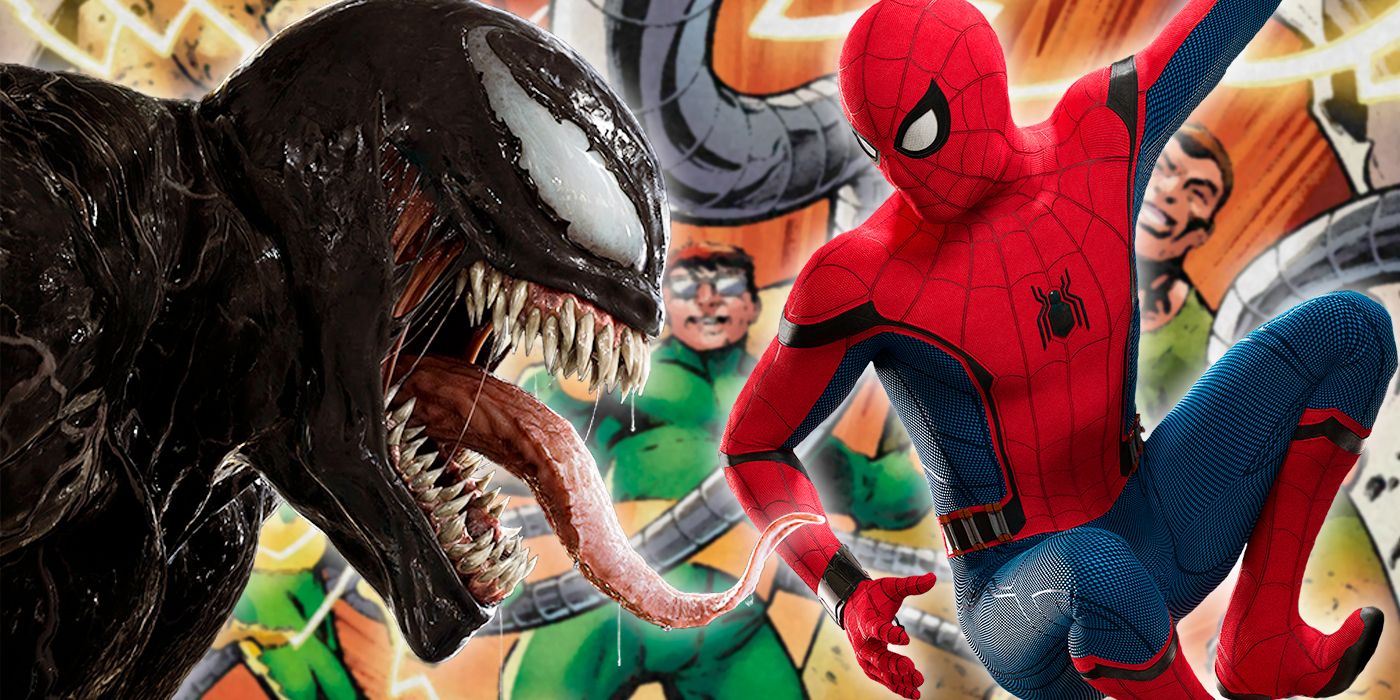 Sony Pictures may be coming close to developing a Sinister Six movie linking both Venom and Spider-Man franchises.

RELATED: Venom Urges Fans Against Spoiling Let There Be Carnage

On a recent episode of the Deadline podcast Hero Nation, Anthony D’Alessandro revealed that the Sony Spider-Verse will soon connect with the Marvel Cinematic Universe. This, of course, isn’t much of a surprise as Spider-Man: No Way Home is bringing back some of the biggest villains from Sony’s Spider-Man movies. The surprising part of the podcast actually hit around six minutes in, when D’Alessandro hinted at where both studios were headed with Spider-Man. “With this Venom, they’re actually going to connect to the Spider-Man universe they’re setting up with Disney/MCU. So, that’s very interesting,” he said. “I know one of their long-term goals is to make Sinister Six, um, and that’s kind of the project we’re all waiting for, ya know, their version of the bad guys from Spider-Man .”

Unfortunately, D’Alessandro wasn’t able to say much else as the podcast soon switched course to Marvel Studios’ What If…? with head writer A.C. Bradley. However, his comments come as both Tom Hardy and Andy Serkis have teased their hopes for Venom and Spider-Man going forward. While promoting Venom: Let There be Carnage, Serkis, who directed the sequel, seemed to suggest it’s a matter of when and not if Venom and Spider-Man will finally meet on the big screen. Like Serkis, Sony appears to hint at Venom and Spider-Man existing within the same universe as the marketing for Let There be Carnage has taken to using the tagline “the universe is expanding,” something we’ve seen from Marvel and Disney in the past.

While it remains to be seen if Venom becomes part of the Marvel Cinematic Universe or whether Holland’s Spider-Man simply exists within Venom’s world, it does appear the Sinister Six are back in play. As of 2019, producer Amy Pascal hinted at continued interest in developing a Sinister Six movie. On the special features for Spider-Man: Far From Home, Pascal can be quoted as saying, “All of these villains that we now have in our universe happen to be characters that are in the Sinister Six. There may be something that happens with that.”

At the time, Pascal seemed to suggest the studio was waiting on Goddard to ready his script and get behind the director’s chair. It remains unclear if Goddard is still attached to a Sinister Six project, though. For now, the movie still appears to be in development with or without Goddard.

KEEP READING: Venom: Let There Be Carnage Teases a ‘Treat’ For Fans On Venom Day

Nicole Sobon is a freelance writer for CBR and has been with the site since January 2017. She currently covers news and writes features and dabbles in writing lists from time-to-time. Prior to her work at CBR, Nicole served as the Editor in Chief for MCU Exchange for nearly two years, helping to establish the site as one of the go-to sources for news regarding the Marvel Cinematic Universe. Before that, she ran a book review site for approximately two years, where she shared her views on forthcoming releases while also helping readers connect with writers. When she’s not writing about comics and movies, she spends her time writing Young Adult books, including the Emile Reed series. You can reach her on Twitter at @NicoleSobon.

What If? Every Movie That Can’t Happen In Killmonger’s Universe (& Why)
Every Samus Aran Power Suit, from Metroid to Metroid Prime to Metroid Dread
Loki and Sylvie Get Enchanting Hot Toys Figures | CBR
Star Wars Sculptor Adds Weight to a Popular Snoke Theory | CBR
10 Horror Movie Franchises That Bounced Back After A Terrible Entry