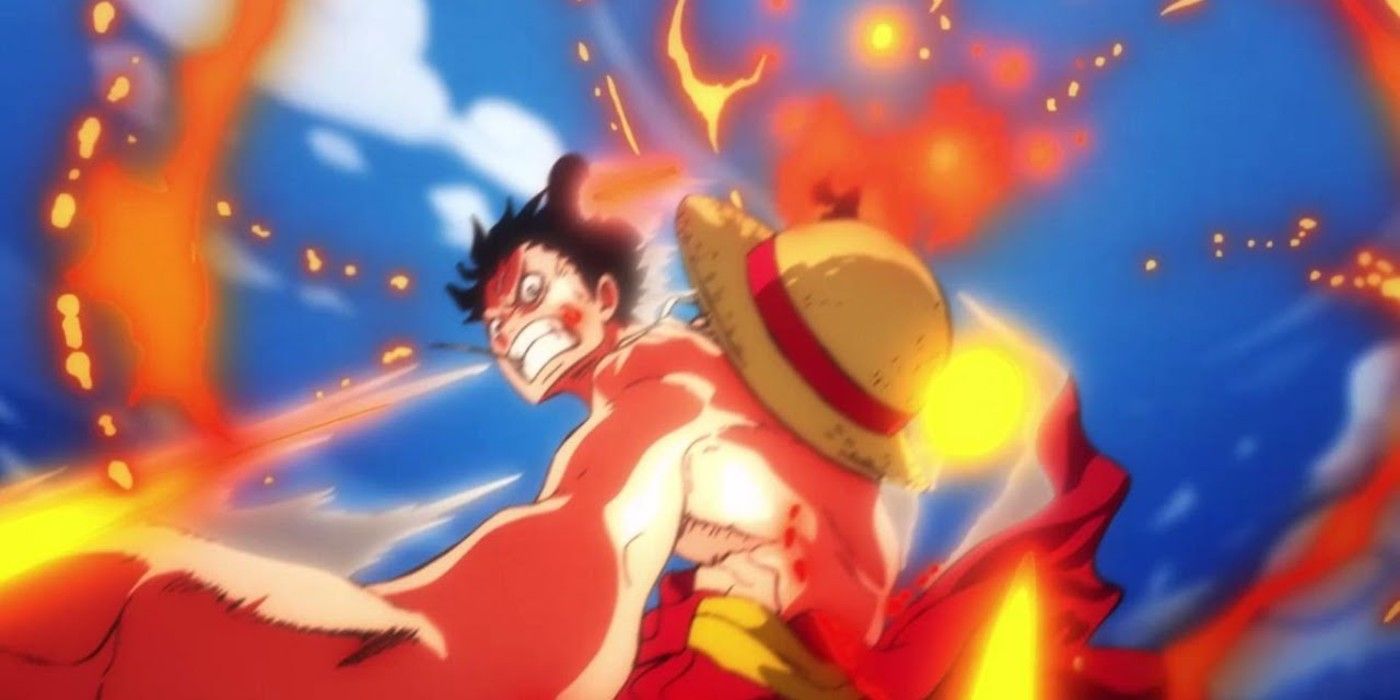 WARNING: The following contains spoilers for One Piece Chapter #1026, “The Pivotal Clash,” by Eiichiro Oda, Stephen Paul and Vanessa Satone, available in English via Manga Plus and Viz Media.

Chapter #1025 of One Piece ended on an inspiring final note as Momonosuke and Luffy finally returned to Onigashima’s rooftop to face the tyrant Kaido. Now in his impressive dragon form, Momonosuke might finally stand toe-to-toe (or talon-to-talon) with Kaido, but can the future shogun find the strength to fight the man who killed his father and mother? Chapter #1026 answers that.

RELATED: What Is the Best One Piece Movie – and Where Can I Watch It Online?

As One Piece #1026 kicks off, there’s a serious tension in the air on the rooftop of Onigashima. With the appearance of this massive pink dragon, a bit of uncertainty now hangs in the back of the Beast Pirates’ minds, unaware this dragon is in fact the aged-up Kozuki Momonosuke. Kaido tries to end his life quickly with a Blast Breath, but Momo dodges out of the way. Luffy then jumps off Momo and Gum-Gum Elephant Guns Kaido straight into the ground.

Doubt suddenly clouds Momonosuke’s mind as he wants to help Luffy, but images of Kaido’s cruelty from the past come rushing back. Yet Momo finds the strength to fight and lunges forward to bite into the villain’s serpentine body. Kaido doesn’t seem all too fazed by this and is ready to return this disrespect, until Luffy snaps back to strike Kaido.

We then get a great line out of Luffy as he screams out Momonosuke’s name: “That’s an emperor of the sea you just took a bite out of! Is there a single thing left in the world for you to be scared of?!” All the doubt and fear in Momonosuke dissipates and the dragon responds with an initially hesitant, but affirmative “NO!”

Luffy then responds with a guarantee that he will defeat Kaido, with his voice reaching everyone across Onigashima still fighting, including Sanji, Zoro, Big Mom, Kidd, and Law. As Luffy and Kaido clash once again, the force of their blows causes the clouded skies to pull back, revealing the shining moonlit sky above — a great visual representation for how far the rubber pirate has come in One Piece. This directly results in elevating Dogstorm and Cat Viper into their Sulong Forms, so they can unleash a final blow on Jack the Drought and Charlotte Perospero respectively.

One Piece #1026 reinforces Luffy’s ability to not only have others believe in him, but themselves as well. Time and time again it’s proven his unwavering determination never falters, even in the face of insurmountable odds. That determination proves to be infectious, as it’s what helps Momonosuke to find his own courage. With Onigashima now in view of the Flower Capital, the end of the Wano arc is fast approaching. Hopefully, with Yamato and Momonosuke by his side, Luffy can defeat Kaido once and for all.

KEEP READING: One Piece: Five Aesthetics We’d Like to See as Islands

Foreign Characters in Anime Who Escape the Stereotypes
Related Topics

Passionate writer, storyteller, game designer, and future King of the Pirates. Graduated from Marist College in 2020, he’s currently a featured writer for the anime/manga and games sections of CBR, but he also makes games on the side with friends. You can often find his face buried in manga or completely engrossed in some JRPG or a new shonen anime. leerusso39@gmail.com