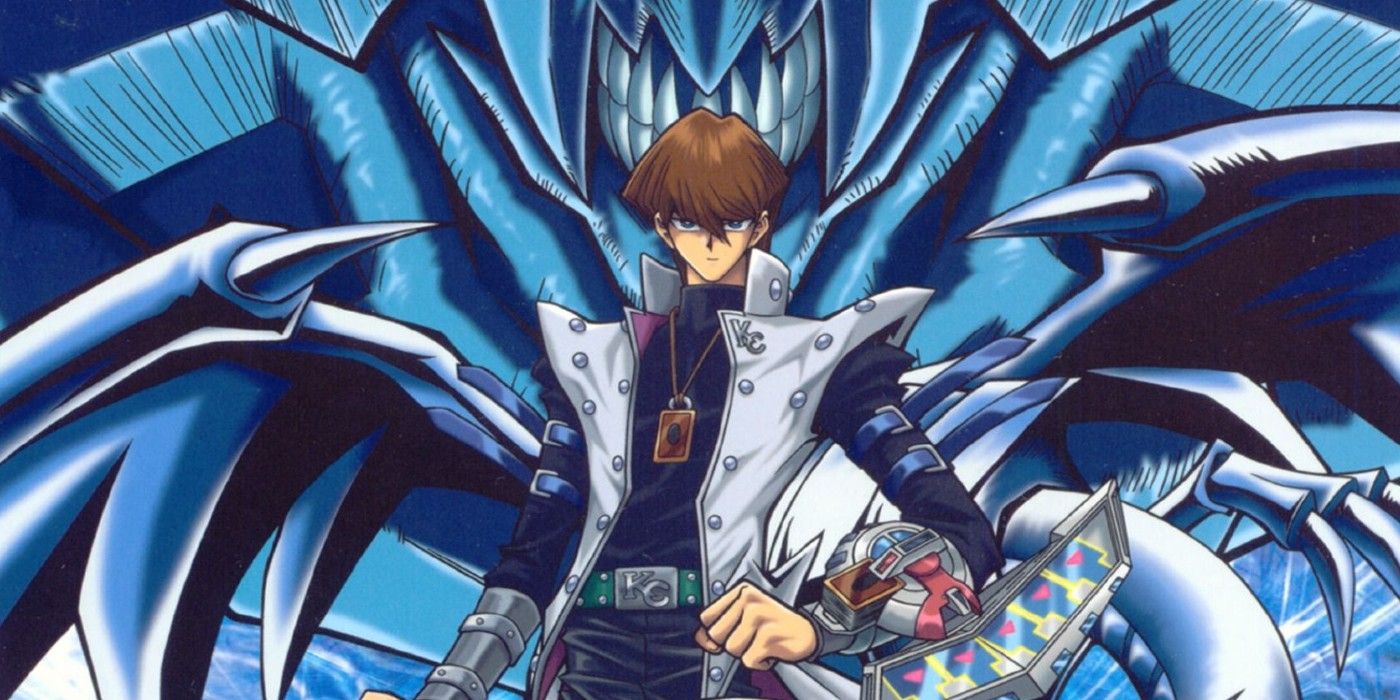 According to Yu-Gi-Oh!‘s official Japanese website, fans of the classic manga/anime series will soon be able to pre-order a special edition of Seto Kaiba’s iconic briefcase, which includes all three of his Blue-Eyes White Dragon cards as well as the rest of the duelist’s personal deck in their original OCG forms. The price for the entire set is 33,000 yen ($301), and pre-orders will begin on Sept. 24 and continue until Oct. 31.

Kazuki Takahashi’s original Yu-Gi-Oh! manga first published in Shueisha’s Weekly Shōnen Jump in 1996. Since then, it has inspired a wealth of spinoff manga series, anime adaptations, a competitive card game and a mobile game. The anniversary set not only includes the three Blue-Eyes White Dragon cards but displays them on a removable plaque. While the briefcase opens up to the rest of the character’s deck, it also has room for hundreds of other decks.

Kaiba first appeared in the story as an antagonist in Volume 2 of the manga and eventually became a reluctant ally to protagonist Yugi Muto. He is one of the most recognizable and popular characters in the Yu-Gi-Oh! franchise, and his briefcase is arguably one of the key features of his design aesthetic. It also serves a practical function in the story’s plot; not only does Kaiba use it to carry around his duel disks and cards but, at one point, to deflect bullets.

The 25th Anniversary Ultimate Kaiba set is scheduled for an April 2022 release, but the Yu-Gi-Oh! anime is currently available to stream on Crunchyroll, Netflix and Tubi.

Hayley is a News Writer for CBR. In 2021, she earned her PhD in Communication & Rhetoric from Rensselaer Polytechnic Institute and currently works in the Department of Communication, Liberal Arts, and Social Sciences at New Mexico Tech. Her research examines the linguistic structure of storytelling and pop culture. She can often be found marathoning horror movies instead of sleeping, playing puzzle games, and reading a probably unhealthy amount of fanfiction.

Star Wars: Visions’ Jedi Droid Is Not the First or Weirdest Robot Knight
Naruto: 10 Best Outfits Of Shippuden, Ranked | CBR
Trollhunters: Rise Of The Titans – 10 Moments That Fans Would Appreciate
Marvel: The Most Irredeemable Villains From The Comics | CBR
Dragon Ball Super’s Ultra Ego Is Not What Makes Vegeta Vs. Granolah Great