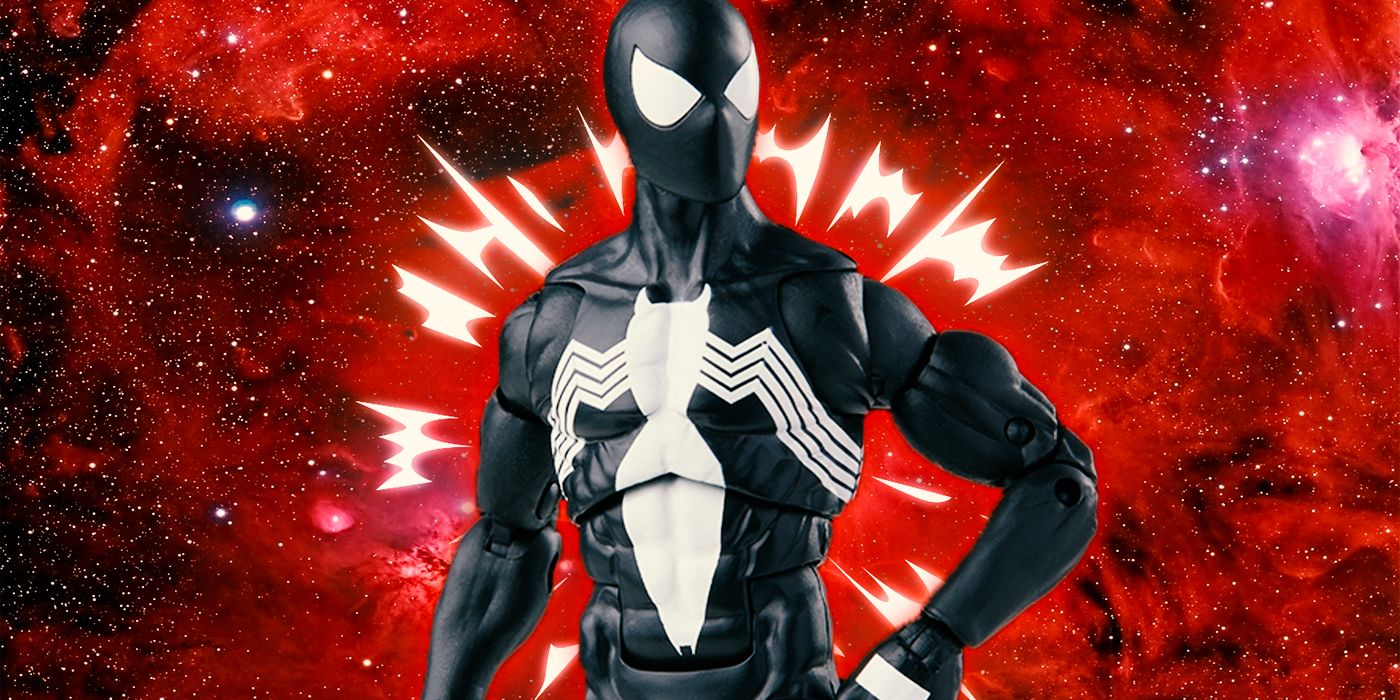 The premium six-inch figure comes with multiple points of articulation, four interchangeable hands and is available for pre-order at Hasbro Pulse for $22.99. The figure is set to ship in April 2022.

Symbiote Spider-Man is joined by several other new figures in the Marvel Legends Retro Spider-Man lineup, featuring designs and packaging inspired by Spider-Man’s ’90s comics and the 1994 Spider-Man animated series. Other new entries in the line include Ben Reilly as Spider-Man, the Spider-Armor MK 1, the Hobgoblin, Hammerhead and Shocker.

Spider-Man’s famous black suit debuted in the pages of Amazing Spider-Man #252, and its origin was revealed in Marvel Super Heroes Secret Wars #8, part of the 1984 to ’85 crossover that saw heroes from across the Marvel universe thrown together on the planet Battleworld and forced to engage in mortal combat. Originally adopted by Peter Parker during his time on Battleworld, the suit — actually a living being known as a symbiote — bonded to Spider-Man, who rejected it due to its possessive and dark nature. The suit would go on to bond with Eddie Brock, turning him into the antihero known as Venom.

Venom was also revealed as a Marvel Legends figure during Hasbro’s virtual 2021 PulseCon and is currently available for pre-order for $31.99.

Thor vs Captain Marvel: What If May Reveal Who Would Win in a Fight
The Sandman First Look Recreates Graphic Novel Shot-For-Shot
Darkseid Is… Macking on Wonder Woman on Justice League Infinity Cover Art
Hulk’s Gamma Flight Finally Reveals How Hulk’s Son Came Back to Life
Harry Potter Director Adapting House of Secrets Novels for Disney+