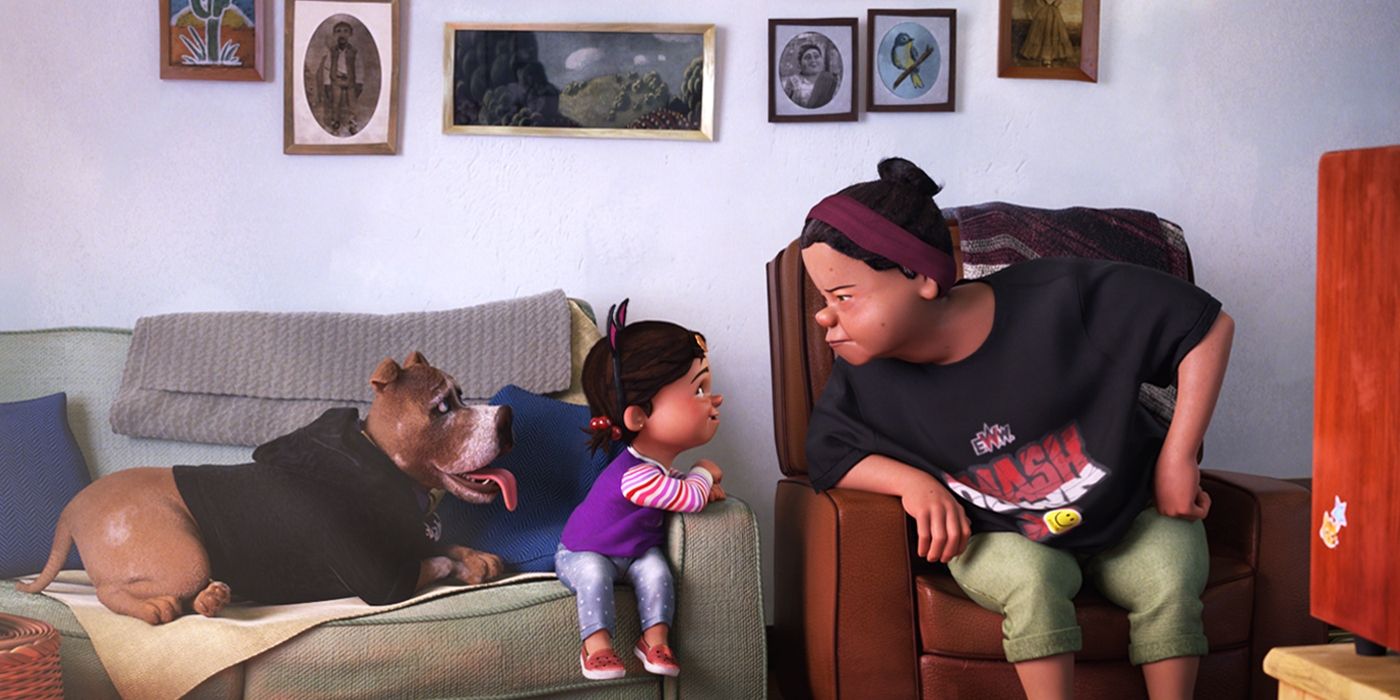 Pixar’s SparkShorts have been some of the most exciting things to come out of Disney+ since the streaming service launched. The program serves as a platform for Pixar’s creators, young and old alike, to bring their creative skills to the screen with full creative control. Of the new batch of animated shorts, one of the most endearing is “Nona,” a sweet look at the relationship between a wrestling-loving grandmother and her energetic 5-year-old granddaughter.

During a press conference attended by CBR and other outlets ahead of the short’s release on Disney+, “Nona” director and writer Louis Gonzales discussed his history with Pixar and the real-life inspirations and family focus that he brought to the animated short.

RELATED: SparkShorts: Pixar’s Aphton Corbin Drew Upon Herself for Twenty Something

Working on an animated short centered around wrestling drew upon the passions Gonzales developed in his youth. “As a kid, I grew up in the San Fernando Valley,” Gonzales said. “I loved four things… [comics, cartoons, wrestling, and to draw.] The love for drawing never stopped. As I grew up, I still loved drawing. Still love wrestling, still love comics, still love cartoons. But as I became a teenager, I fell in love with graffiti… When I was young, I would draw alone. It was fun, right? But you’re always alone. Then I found this graffiti thing with other artists. All of a sudden, I was in this community of artists. It was a beautiful thing — to come and share ideas and share art and talk about what we want to do. That set me on this path to find a job drawing for a living.”

It was a perfect development for Gonzales, who ended up making an impression on someone at Disney, which led to him getting a job with Warner Bros. Feature Animation. After making the transition to Pixar, Gonzales committed to bringing other projects to life for over a decade — working on films like The Incredibles, Ratatouille, and Brave. But, the opportunity to craft a SparkShorts piece gave Gonzales a chance to take his work to the next level. He even got to bring a lot of his own grandmother’s heart into the short — revealing that he had truly first bonded with her when they discovered a mutual love of wrestling.

As with all productions in 2020, things took a sudden shift when work environments were forced to close and workers were forced to lockdown due to the global pandemic. Although the passion for the story was still there, Gonzales was the first to admit that the short suffered some hiccups during production. “The Grandma was just mean and neglectful and everything [in earlier versions of the short],” he said. “It was just boring. It was everything you do not want it to be.” However, Gonzales built an impressive team of like-minded Pixar artists and animators around him. “The team was very helpful,” he added. “We talked about it and we came up with this great idea of maybe it’s just about being in the imagination. It excited us.”

This direction turned out to be the perfect tweak for the short, giving it an imaginative, sweet-hearted, and colorful edge. Reflecting on the end result of the short, Gonzales revealed, “I’m not saying it’s the greatest thing ever. I just really am proud [of “Nona”], and the reason I’m proud is that this was an opportunity to make a short, and that’s not lost on me… When I watch this short, I don’t really see me, I see we. I see Team Nona. I see what we made. Despite being my first short made during the pandemic, working from home was a blessing. Every day I was surrounded by passionate and brilliant people I was happy to call Team Nona. I’ll be forever thankful for the opportunity to write and direct this SparkShort.”