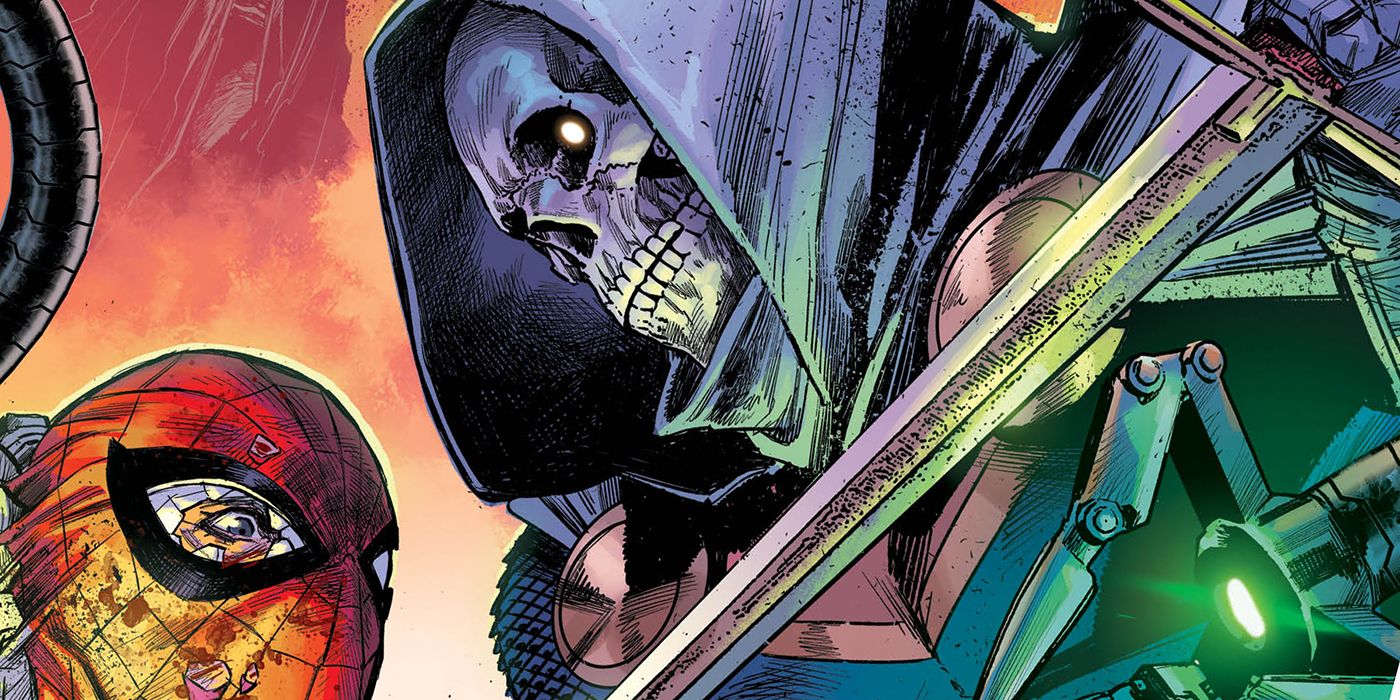 A new iteration of the Thunderbolts emerges to bring a world of pain to Marvel’s heroes at the onset of Devil’s Reign, the new event spinning out of Chip Zdarsky and Marco Checchetto’s run on Daredevil.

The group is made up of Crossbones, Kraven, Taskmaster, Typhoid Mary, Rhino, Shocker and Whiplash. Debuting in Devil’s Reign #2, the team is at the command of Kingpin, also known as Wilson Fisk, who rules New York City as mayor and is on a mission to purge the world of superheroes. This Marvel event launches on Dec. 1 with Devil’s Reign #1, followed by Devil’s Reign #2 on Dec. 15. The events from these first two issues will also tie into Spider-Woman #18 which releases on Dec. 29.

RELATED: Did Marvel Force the Thunderbolts to Kill Off One of Its Youngest Members?

Originally founded by Baron Zemo and debuting in 1997’s The Incredible Hulk #449, the Thunderbolts are typically composed of reformed supervillains and have alternated between acting heroic or falling back on their villainous ways. Whether they take the side of good or evil in Devil’s Reign remains to be seen, and the group will tango with the likes of Daredevil, Elektra and Ben Reilly, who will be filling in as Spider-Man for a hospitalized Peter Parker in October as part of the “Spider-Man Beyond” event.

Devil’s Reign will also spill over into multiple ongoing series, including December’s Spider-Woman #18, written by Karla Pacheco and penciled Pere Pérez. Jessica Drew finds herself and her loved ones on the Kingpin’s hitlist in the issue and Pacheco teased that the event would be “spectacular.”

“I can’t wait for everyone to see how Jessica Drew handles the chaos Wilson Fisk is bringing to her world, and we have some absolutely explosive issues coming up,” Pacheco said. “Devil’s Reign threatens everyone Jess loves AND brings back one of her greatest nemeses in a way I don’t think anyone will see coming. Especially not Jess!”

Devil’s Reign kicks off in December, shortly after Zdarsky and Checchetto’s transformative run on Daredevil comes to a conclusion with Daredevil #36. The run, which began in 2019, has seen Elektra assuming the role of Daredevil after Matt Murdock is imprisoned and will conclude with the Kingpin supposedly marrying Typhoid Mary.

“Our Daredevil plan just kept getting bigger and bigger, to the point where it would clearly affect the Marvel Universe in huge ways,” Zdarsky said. “Thankfully, Marvel recognized this as well and gave Marco and I the opportunity to tell the story on a massive stage with Devil’s Reign! This is a proper Marvel event springing from the pages of Daredevil and I think all Marvel readers will love what’s coming!”

Thus far, the beginnings of Devil’s Reign have been teased in August’s Free Comic Book Day: Spider-Man/Venom #1 special. The story showed the Kingpin experiencing a violent vision depicting the deaths of multiple superheroes and monologuing about an “animal” hidden deep within him.