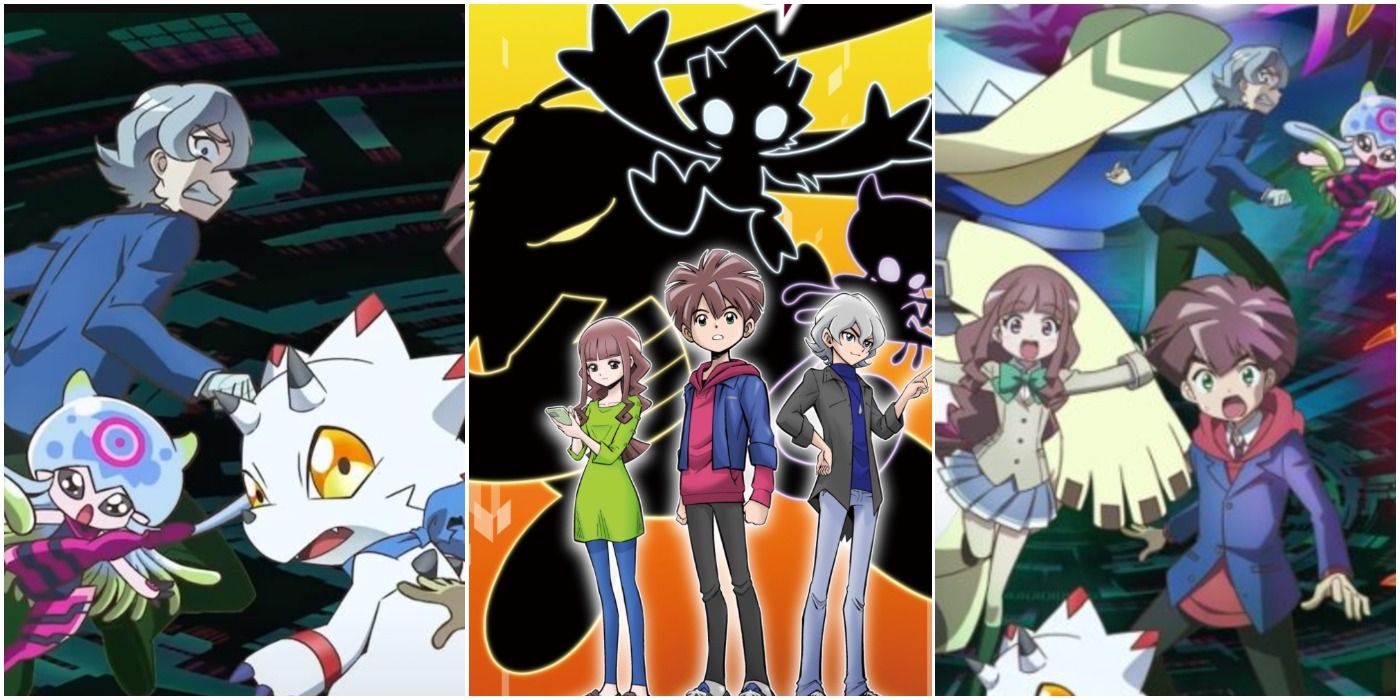 One of the more popular anime franchises that have emerged and solidified their position in the industry is Digimon. Digimon has been around for over two decades, and the series has been able to provide a creative and ever-evolving take on the popular monster hunting genre. Digimon has established a rich universe that consists of diverse anime series, feature films, video games, and more.

Digimon hasn’t been afraid to pursue new territory through anime series that function as radical spin-offs from the core Digimon premise. There’s still tremendous nostalgia for the original Digimon Adventure and its characters, but the franchise’s tenth anime series, Digimon Ghost Game, is set to premiere, and fans have some questions about the latest entry in the franchise.

10 Is It Set In An Old Or New Continuity?

One of the major details about the growing Digimon universe is that not all of the anime series exist within the same timeline. The original series, Digimon Adventure, establish the series’ “prime” canon, but subsequent anime like Digimon Data Squad, Digimon Fusion, and Digimon Universe: App Monsters all explore alternate canons that revise the basic Digimon premise. Digimon Ghost Game appears to establish a new continuity that’s set in a slightly futuristic version of society. The Digimon that have been shown off are also new creatures, and it’s unclear if Ghost Game will return to any of the old Digimon.

The announcement for new anime series can sometimes be a double-edged sword, depending on how early a project gets announced. Sometimes, companies are so excited to advertise what’s to come that they’ll give a tease, only for the finished product to not come out for more than a year later. Digimon fans thankfully don’t have to wait very long for the debut of Digimon Ghost Game. The latest expansion to the Digimon universe is set to premiere on October 3rd. This gives 2020’s current Digimon Adventure reboot just enough time to wrap up before Digimon Ghost Game takes over.

8 How Many Episodes Will It Be?

There’s an accumulated total of over 450 episodes across the different Digimon series, but each individual anime has a varying number of episodes. Generally, a Digimon series will have around 50 episodes, but some series like Digimon Fusion and the Digimon Adventure reboot have hit 79 and 67 episodes respectively.

RELATED: 10 Digimon From Other Seasons That Show Up In The 2020 Reboot

Digimon Ghost Game’s exact episode total has yet to be announced, but it stands to reason that Toei has the new series set to run all year on Fuji TV. This means that Digimon Ghost Game will likely be around 52 episodes.

7 How Long Have People Known About It?

Long-running franchises like Digimon thrive on anticipation and excitement for what’s to come next. DigiFes is a Digimon-centric event that’s often used to make announcements for what’s next in the franchise. The current Digimon reboot and the announcement of more feature films led some to believe that there may be a drought for new Digimon content. However, Digimon Ghost Game was first officially advertised at DigiFes 2021 on August 1st (although leaks for the series happened earlier at the end of July). That marks an exceptionally short period between Ghost Game’s reveal and its premiere in October.

6 How Many DigiDestined Will There Be?

It’s always a lot of fun to meet a new crop of Digimon, but the human DigiDestined who they’re linked with are often just as appealing. Different Digimon series experiment with the size of their core group, and the original Digimon Adventure has quite a robust team of DigiDestined. It appears that Digimon Ghost Game is taking more of a restrained approach and that there may only be three DigiDestined, Hiro Amanokawa with Gammamon, Ruri Tsukiyono alongside Angoramon, and Akira Ishida with Jellymon. More DigiDestined may later join the team, but initially, it will just be this core trio.

5 Who Is The Designer Responsible For The New Digimon?

There are many factors that contribute to a successful Digimon series, but a crucial component is the nature of the Digimon themselves. So many different creatures have been featured since the start of the franchise that it can sometimes be difficult to concoct new Digital Monsters that feel fresh and fun.

RELATED: 10 Anime Spin-Offs That Were Better Than The Original Show

Thankfully, the original character designer for Digimon Ghost Game is none other than Kenji Watanabe, who was previously responsible for the Digimon designs in both Digimon Adventure: as well as the Last Evolution Kizuna feature film. It’s encouraging that Digimon Ghost Game has turned towards a seasoned pro.

4 Who Does Toei Have Tapped To Direct?

Anime is a medium where the content and franchise material are crucial, but the people that are responsible for bringing the series to life can also make or break a production. Digimon is a Toei production, and the animation studio frequently will reuse talent from one of their series to another. This is the approach that’s being taken with Digimon Ghost Game, which will have two experienced directors working on the anime. Masato Mitsuka comes from Digimon Adventure:, while Kimitoshi Chioka was a director on Dragon Ball Super.

3 Will It Be More Child-Friendly Or Geared Towards Adults?

Digimon is an anime franchise that caters to younger audiences. However, that doesn’t mean that the series doesn’t contain their share of darker moments that push the light anime into more mature storytelling, when appropriate. Digimon Tamers progressively shifts into a more emotional and tragic story. Digimon Ghost Game presents a cute and harmless look and tone, but it does appear that there will be darker impulses that it embraces. Digimon Ghost Game looks like it will have at least some horror elements in play, through characters like the Mouth-Sewn Man or a Mummy who kidnaps children.

2 Who Is Responsible For Writing The Story?

The main creative driving forces behind an anime are paramount, especially for a series like Digimon Ghost Game that riffs on familiar and established ideas, but recontextualizes them in a fresh context. A strong foundation to build all of this mythos on cannot be underestimated. Digimon Ghost Game has Masashi Sogo in charge of its original story and narrative. Sogo is one of Fairy Tail’s main creative forces. Sogo has a strong grasp on engrossing narratives as evidenced by his Fairy Tail work, plus his experience on Yu-Gi-Oh! and Pokémon have likely prepared him for Digimon.

1 What Is The Title In Reference To?

The different Digimon series can make some huge differences when it comes to the nature of the universe and how Digimon function, but the series usually have fairly generic names. The name of a new Digimon series isn’t usually a huge clue for what the anime might explore, but Digimon Ghost Game actually sets up its premise in a satisfying manner. The new Digimon series focuses on growing rumors that are spreading via social media regarding “hologram ghosts.” The “ghost game” in the title refers to this anime’s unique take on Digimon as being otherworldly ghosts, as well as the futuristic, tech-heavy world that it’s set within.


Next
Naruto: 10 Anime Characters Who Would Be Terrible Hokage

Why Star Wars Visions Had To Be Different From Marvel’s What If…? Series
Jojo’s Bizarre Adventure: 10 Worst Stands That Harm Their Own Users
Darling in the Franxx: Potential Season 2 Prospects | CBR
Why Didn’t Kimberly Brown Play Marnie in Return to Halloweentown?
Saints Row: 10 Best Homies In The Series | CBR