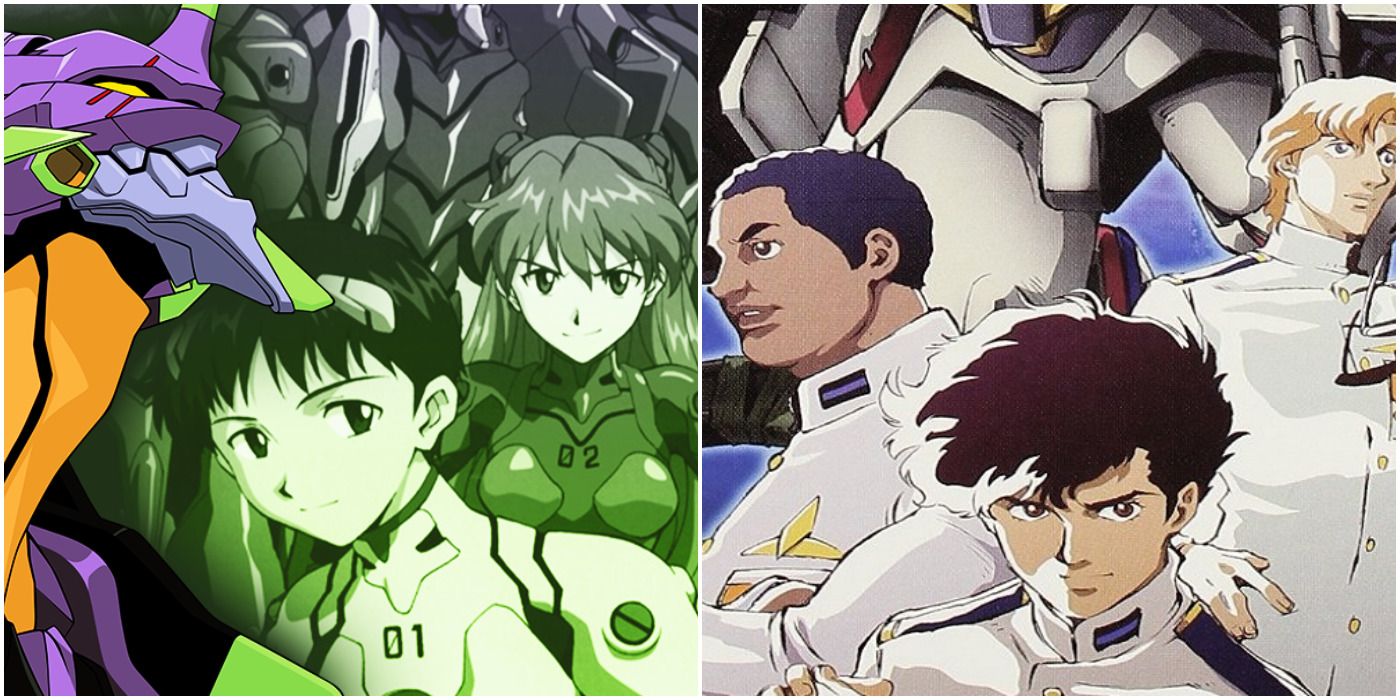 Mecha has been a fundamental part of the anime medium since the very beginning. The genre has gotten so big that it’s splintered off into multiple different subgenres such as Real Robot and Super Robot.

With so many mecha series, it’s not surprising that there are some that reinvented the genre, allowing for newer series to follow in the same vein. That doesn’t mean those series are bad – some of the best series in mecha haven’t been all that original.

Knight’s and Magic is an isekai fantasy series that came out in the 2010s. The story follows a mecha fan and programmer who finds himself in another world. There, humanity’s main weapons consist of magically powered giant robots. It’s awesome watching Ernesti build more and more impressive robots, but mecha series set in fantasy worlds is a concept that was decades old by the time this series came out.

Before Mobile Suit Gundam, most mecha series revolved around a single robot that was powerful enough to fight off entire armies. They protected humanity from monsters and alien invaders. With Gundam, all of that was turned on its head. Instead of the story being about humans versus aliens, it was humans versus humans. Gundam invented the genre of Real Robot where the mecha are based on more realistic technologies. Going forward, this would eventually become the dominant form of mecha anime series as people became more interested in using mecha as a way to explore the effects of war in anime.

Dragonar was a late ’80s series that was designed specifically to get fans into giant robots. It featured a war between the United Lunar Empire and the Earth Federation Military, with both sides creating giant robots called Metal Armors to wage war. This was intentionally meant to be like Gundam as Sunrise intended it to be a successor to the Gundam franchise. It failed because Gundam was still massively popular and because it wasn’t able to tap into what the fans loved about the genre.

Neon Genesis Evangelion was not the first giant robot anime to have psychological themes (Space Runaway Ideon). It doesn’t have the first mecha protagonist whose life is ruined by piloting giant robots (Mobile Suit Gundam). But it does have the honor of being the first series to focuses heavily on the psychological aspect of its storytelling.

RELATED: 10 Action TV Shows To Watch If You Love Transformers

After Neon Genesis Evangelion, it was possible to tell a story where that was the primary element, and there were shows that would take after it going forward.

GaoGaiGar is one of the best mecha series of the ’90s, starring protagonist Gai Shishioh in his battle against the Zonders, an alien race looking to invade the Earth. Gai has the power to fuse with different Gao Machines to form giant robots. GaoGaiGar was a revitalization of the Super Robot genre, proving that hot-blooded protagonists never go out of style. But as good as the show was, it didn’t really reinvent the wheel. Hot blooded protagonists were a staple of the Brave series, and merging with robots was done with Dagwon before it.

Gundam made it possible to tell a story about war between humans, introducing the idea of Real Robots. The primary enemy in Macross was a new alien race known as the Zentraedi, but rather than it being a lone mecha standing against them, it was an entire army of transforming jets. Macross was also unafraid to add more over-the-top elements, like the use of music to completely change the tide of battle because they were fighting an enemy that were strangers to culture.

Gundam 00 is one of Gundam’s best AU series, and the one most late 2000’s fans probably used to get into Gundam. While the end of the series and the film are controversial, the earlier parts of the series are undeniable from a quality standpoint.

That said, it’s not doing anything that Gundam Wing didn’t do. It’s a collection of young pretty boys that pilot mecha together in the hopes of fighting against the governments of the world. It’s a better version of Gundam Wing, but it’s still Gundam Wing.

For much of mecha’s history up until this point, the genre was purely sci-fi in nature. Mecha were creations of science, created by genius scientists or societies from the future. But Aura Battler Dunbine tossed all that aside, introducing viewers to the land of Byston Well. In Byston Well, the armies have giant robots known as Aura Battlers. This is the first isekai giant robot series, but there would many more to come with series like Magic Knight Rayearth and Vision of Escaflowne in the ’90s.

2 Didn’t Reinvent The Genre: Aldonoah.Zero Is Just Another Humans Vs. Humans In Space Story

Aldnoah.Zero is a series about humanity being at war with aliens from another planet, boasting far superior weaponry and giant robots. Their goal is to have them work under the Vers Empire. But the problem is the Vers Empire are just humans from the planet Earth that created their own society on planet Mars. The thing is, this isn’t anything that hasn’t already been done with Gundam, which frequently has wars between the humans of Earth and the humans of space. This is literally the plot of the 2012 series Gundam AGE.

1 Reinvented The Genre: Mobile Police Patlabor Is A Slice-Of-Life Series About Police Using Mecha In Their Jobs

Patlabor once again changed the vision of what giant robot anime could be. Gundam made people realize mecha could be tools of war, while Mobile Police Patlabor made them realize they could be tools for every day life. Patlabor takes place in a near-future timeline where giant robots are used for construction work, but eventually, their existence sparks the existence of crime using giant robots. The protagonists aren’t soldiers, but police officers. This series also showed that mecha could be used in slice-of-life series, as Patlabor is, more often than not, about more down to Earth crime instead of fighting wars with giant robots.

NEXT: 10 Of The Most Beloved Gundam Protagonists (That Aren’t Kira Or Amuro)


Next
My Hero Academia: 10 Quirks That Should Be Forbidden

Staff Writer for CBR, Sage Ashford has also written for Comicon as well as other sites such as The Gamer, and has been doing freelance work since 2014, and been working for CBR since 2017. His focus is primarily on spreading the word on obscure anime, comic books, and games whenever possible.