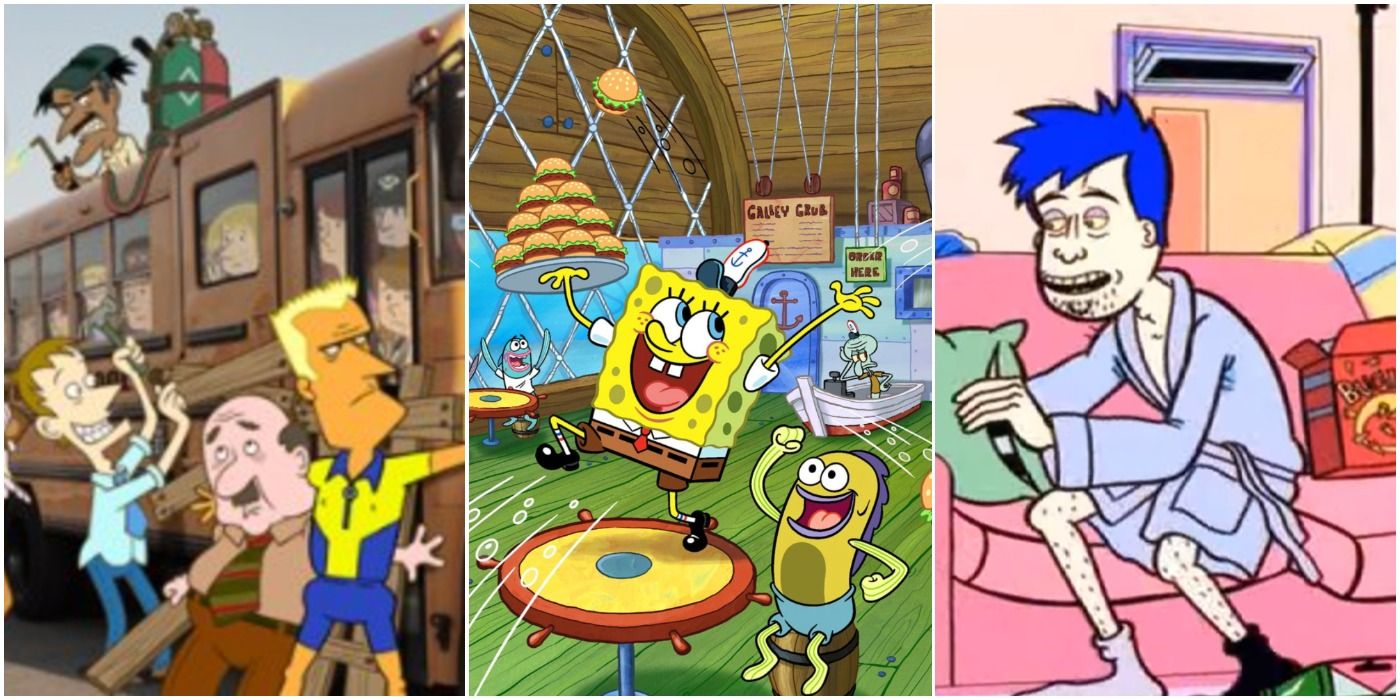 There are constant innovations being made in the medium of television that have resulted in endlessly creative content being produced. Of course, not every television series breaks new ground, but it’s encouraging to see the more ambitious nature of televised content, especially when it comes to modern animated series.

RELATED: 10 Big Budget TV Shows That Have Been Canceled In 2021

Animated television series comprise some of the most revolutionary programs that are currently airing on TV, but that doesn’t mean that they always receive the proper amount of appreciation. Animated TV series can contain rampant passion and creativity, but, unfortunately, many meet their cancelation before they achieve wider acclaim. Alternatively, some animated series don’t know when they’ve overstayed their welcome and can’t accept that their best days are past them.

10 Unjustifiably Canceled: The Goode Family Is A Brilliant, Drier Look At Society From King Of The Hill’s Creator

Mike Judge’s King of the Hill ran for over a decade and is still considered to be one of the best and most consistent adult animated series of all time. King of the Hill excels with its grounded, honest perspectives. These principles are even further on display in Judge’s follow-up series. The Goode Family only lasted for one season on ABC and it functions as an even more restrained and subtle version of King of the Hill. It lampoons environmentally conscious individuals and the exaggerated nature of these beliefs. A lot of what it tackled is only more relevant today.

9 Gone On Too Long: Archer Is Spinning Its Wheels And Can’t Make Up Its Mind

Archer is currently in its 12th season. That being said, Archer feels like it’s even older than it is because the spy series got tired of its central premise fairly early into its run. To compensate, Archer repeatedly transformed itself into different genre homages through the conceit of a coma that lasted several seasons. This helped Archer extend its shelf life, but it’s now been back at its spy antics for a few years now. Archer’s characters are fun, but it’s reached a point where it can feel like a shell of itself.

8 Unjustifiably Canceled: Clone High Was Out Of The Box Brilliance That Was Ahead Of Its Time

Phil Lord and Chris Miller have become major names in both the television and film industries. One of Lord and Miller’s earliest ventures was an edgy animated series for MTV. Clone High focuses on teenage clones of history’s greatest icons, which, despite being an attractive hook, ruffled the wrong feathers and ultimately led to a knee-jerk cancelation over Clone High’s depiction of Gandhi.

RELATED: Hannibal & 9 Other Canceled Shows That Still Need To Finish Their Story

At only 13 episodes, Clone High’s comedy, writing, and characters are incredible. It couldn’t survive in the early 2000s, but it’s set to receive a modern reboot, which will hopefully stick around for a little longer.

7 Gone On Too Long: The Simpsons Has Gotten Out Of Control With Their Best Behind Them

The excessive length of The Simpsons has practically become a parody in and of itself, and many joke that nothing will be able to stop this juggernaut series. The Simpsons has produced over 700 episodes and is about to enter its 33rd season. These are astronomical numbers, and it’s simply impossible to maintain a level of consistency. The Simpsons has said and done everything at this point and is only left with modern pop culture to dissect. The series is still enjoyable and comfort food for many, but, at this point, it’s produced far more mediocre episodes than it has comedy classics.

Adult and gritty animated adaptations of independent comic properties are now just par for the course in this increasingly superhero-centric society. However, MTV’s The Maxx broke major barriers and felt groundbreaking back in 1995. The 13-episode animated series successfully explores the gruesome antihero who’s pulled between two worlds and struggles to find peace in either of them. It was a breakthrough for audiences looking for more adult-oriented animated content. MTV struggled to maintain a dedicated animation block, but this shouldn’t be seen as a reflection of the quality of The Maxx.

5 Gone On Too Long: South Park’s Latest Content Is Going Through The Motions

South Park has produced over 300 episodes across 23 seasons, and Trey Parker and Matt Stone have recently made a lucrative deal to extend the series. The difficulty with South Park is that it still delivers some brilliant commentary and can produce clever satires commenting on the state of the world.

RELATED: 10 Cartoons That Completed Their Story After Being Cancelled (& How)

That being said, shorter seasons seem to indicate that South Park‘s creators have become less passionate. South Park has its ups and downs, but its heavy embracing of serialization has become a mixed bag, and some fans are beginning to wish that South Park would just cut its losses.

4 Unjustifiably Canceled: Mission Hill Could Have Become The Next Big Animated Classic

Bill Oakley and Josh Weinstein made animated comedy gold through their Simpsons contributions, which led to them getting their own animated sitcom. Mission Hill examined the slacker antics of Andy French and his twenty-something friends, and it achieved the same level of humanity, humor, and characterization that’s present in early Simpsons episodes. 18 episodes of Mission Hill were planned to air on the WB, but only 13 were produced, and the series was pulled after only two episodes. Mission Hill has found a deeper following after airing syndicated on Adult Swim, but it still deserved more time to grow.

3 Gone On Too Long: SpongeBob SquarePants Has Milked Itself Dry

It’s undeniable that SpongeBob SquarePants has changed children’s animation in some major ways, not to mention rejuvenating Nickelodeon in a way that was essential for the network’s survival. SpongeBob‘s golden years are incredible animated television, but the series has almost become the children’s programming equivalent of The Simpsons with it now having over 250 episodes under its belt, with many feeling like they’re on auto-pilot. It also doesn’t help that SpongeBob has continued even after the passing of its creator, Stephen Hillenburg. In addition, a wealth of recent spin-offs have further diluted the core series.

2 Unjustifiably Canceled: Sit Down, Shut Up Is A Dizzying Comedy That Was Finding Its Footing

Arrested Development broke new ground for FOX, and the ambitious single-camera comedy was ultimately too smart and niche for its own good, but FOX still wanted to generate another hit with the show’s creator, Mitchell Hurwitz. Sit Down, Shut Up is an animated series that features a ton of Arrested Development crossover. The animated series looks at the dysfunctional faculty at a public school. Sit Down, Shut Up takes some time to find its footing, but it eventually achieves a level of wordplay that’s equal to Arrested Development. The 13-episode series just never got a fair shot to get bigger.

Aqua Teen Hunger Force is one of the earliest programs that helped Adult Swim’s programming block establish its voice. Aqua Teen never acted like it was high art, but it was able to coast by for nearly 150 episodes as well as a feature film. Some series can survive for this long, but the final seasons of the series feature radical name and premise changes in flailing attempts to keep the series fresh. For an enjoyable series that never felt like it needed to exist, Aqua Teen dragging its feet before it exits only tarnishes the animated series’ best work.

NEXT: 10 Cartoons That Were Canceled Before Their Time


Next
The Flash: Every Character That is Returning For Season 8

Venom Urges Fans Against Spoiling Let There Be Carnage | CBR
Why the Super Lightsaber in Visions Is Star Wars’ Most Powerful Weapon
Dragon Ball: 10 Characters Who Belong In Other Anime | CBR
Spider-Man’s 1980s Film Treatment Borrowed From Frank Miller’s Daredevil
Marvel’s Guardians of the Galaxy Will Include MCU Costumes | CBR