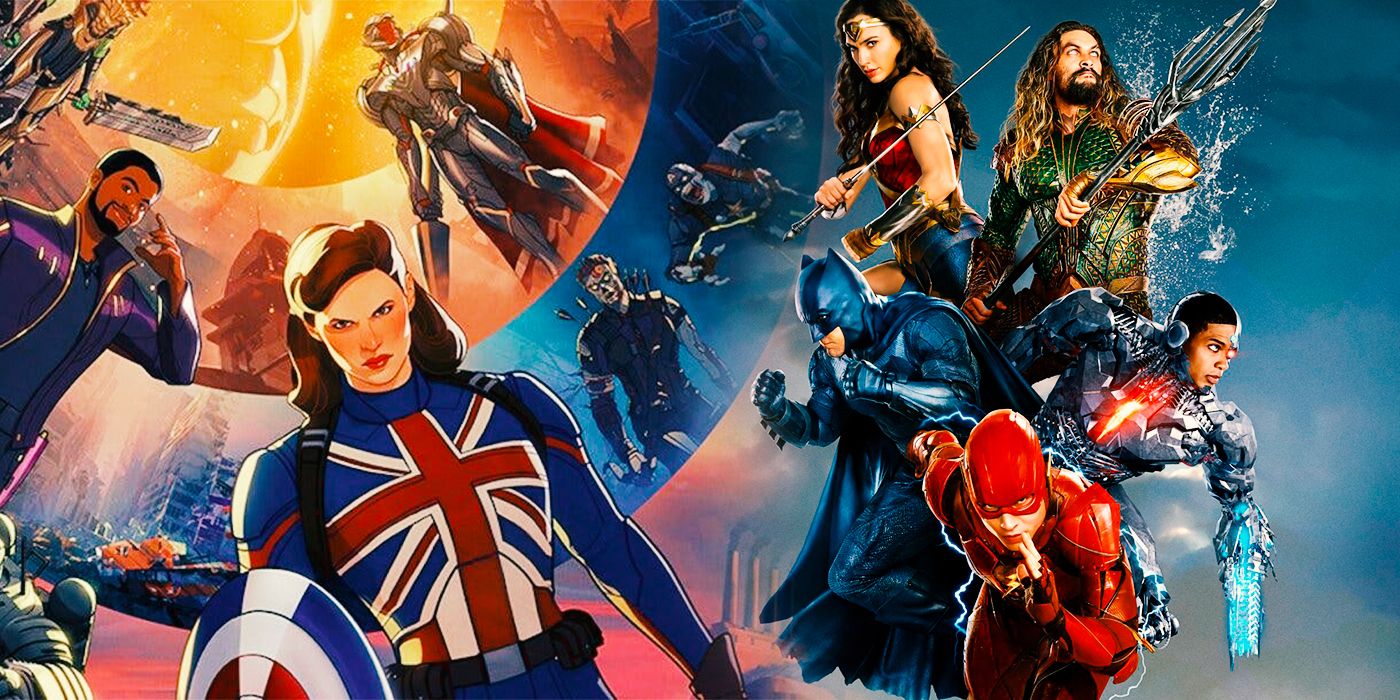 One of the biggest things the concept of Marvel’s What If…? offers is freedom to explore genres and directions the mainstream comics wouldn’t dare approach. Now, with this idea being made into a Disney+ TV series, fans are lapping up unique takes on stories from the Marvel Cinematic Universe, which has already permeated so strongly in pop culture since 2008’s Iron Man. However, what’s interesting to note is that, while the Marvel Studios brand is lighter and more heroic, this show is darker than anything the DC Extended Universe has to offer, not to mention way gorier.

Now, the DCEU did garner a lot of flak in its early stages for the relentless violence and collateral damage. It painted an immature Superman and a bitter Batman, with critics and fans believing this dour outlook didn’t bode well for superheroes who should inspire light, warmth and hope. It’s why DC’s films recalibrated a bit through Wonder Woman, Shazam! and Aquaman. However, room has still been left for grimy stuff, as seen with Bird of Prey and the new Suicide Squad, even if these do feel more like bleak comedy than anything else.

RELATED: What If’s Most Brutal Kill Remixes the Thanus Theory – With a Tragic Ending

This is where What If…? steps it up a notch, as it blends so many genres together, reducing the humor the MCU was built on and subverting things beyond fans’ expectations. The horror of Doctor Strange trying to alter history and bring Christine back is one example, sucking demons in and bringing that Lovecraftian feel.

Not to mention there’s psycho-drama, with Hank Pym going on a rampage, killing the Avengers after losing his family. In addition, seeing Thor get shot to death or Hulk blown up was something no one would ever have predicted Marvel Studios to do, but something What If …? allowed them to explore. And a massive part of the reason why they could is that the MCU has laid down a solid foundation, which affords them the luxury of tinkering with characters, even if the results are not as kid-friendly.

RELATED: What If Just Crowned a New Captain America – in the Goriest Way

This idea comes full circle as zombies come in. We see many brutal deaths during the course of this particular installment, which proves Marvel is holding nothing back. The episode has murders akin to The Walking Dead or Snyder’s zombie films, evoking straight-up body horror, as we see Wong and Tony Stark being beheaded, plus an ant eating Stark’s head. Ants also devour the flesh off Strange and the Black Order, while Sharon Carter blows Happy Hogan’s face off.

To top it off, there are disgusting Mortal Kombat-esque Fatalities, like an infected Sharon getting blown up from the inside by Wasp, Okoye slicing Falcon down the middle, and Bucky cutting Zombie Captain America in half — all jaw-dropping moments that wouldn’t usually be found in superhero movies. This is the MCU treading R-rated territory, to the point we can now see Deadpool and Blade easily fitting in.

Ultimately, though, all of this is tastefully done, matching the respective narratives, and balanced with nuance and emotion. It’s style and substance, which sets it apart from what the DC movies first attempted to do. Marvel’s strong foundation means the MCU can afford to experiment and move in opposite direction for kicks, while the DCEU is still trying to gauge its next move towards the billion-dollar franchises the MCU nails so easily.

What If…? releases new episodes every Wednesday on Disney+.