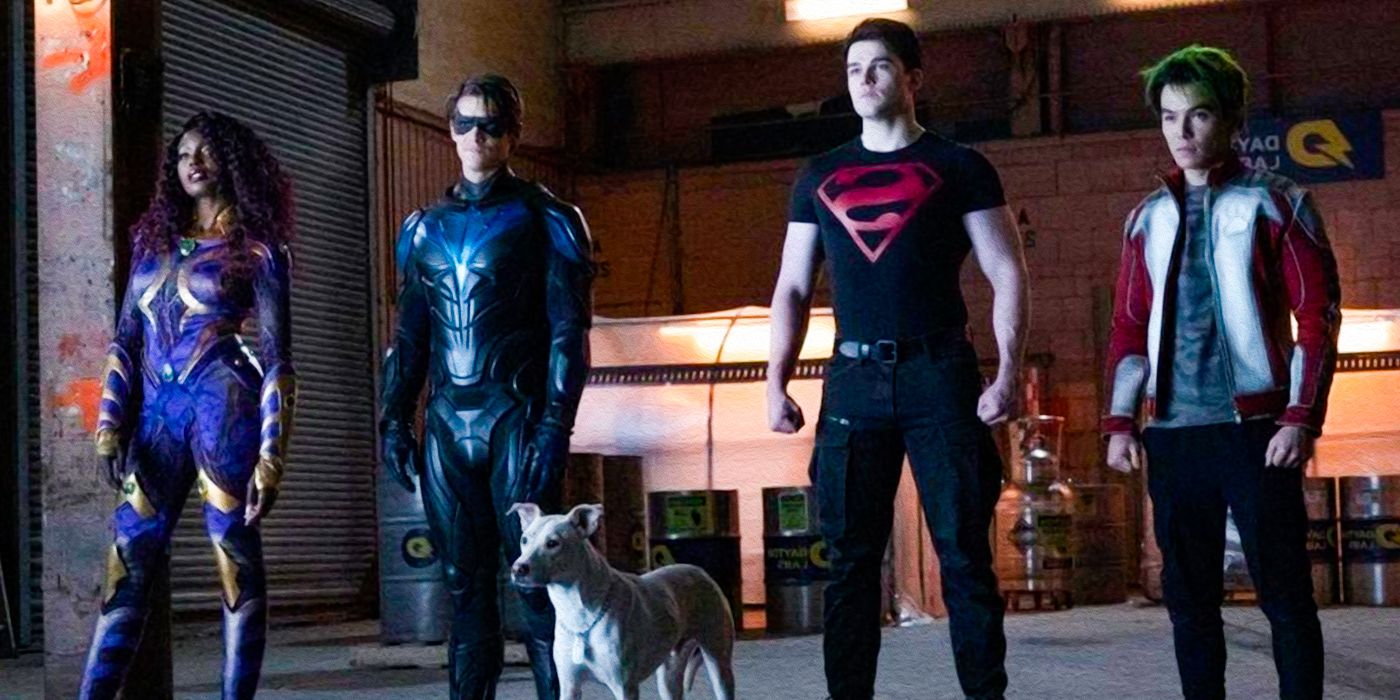 As Season 3 of Titans progresses, we’re seeing more and more errors made by Nightwing’s (Brenton Thwaites) team as they hunt Red Hood and Scarecrow. It’s a far cry from the covert and efficient style Iain Glen’s Batman deploys. It doesn’t help that they continue to make weird decisions, which honestly prove they’re about the worst superheroes ever.

The Titans have acted like rookies all season long, but the last few episodes have added a lot more mistakes to their repertoire. The first new one comes with Jason opting to break bad, yet calling Leslie Thompkins to let her know he’s going to make a big change. This is the equivalent of selling himself out, because while he didn’t exactly tell her that he was about to strike an alliance with Scarecrow to save Gotham, he can be tracked by her or Bruce, as they know he’s at a breaking point.

In addition, Jason brokers the deal himself, somehow getting into the asylum, without thinking about the fact that there are cameras. Anyone can identify him as the adopted son of Bruce Wayne, which puts eyes on the Bat, especially given Scarecrow and Jason plan an escape. The sad thing is, the other members of the Bat-family aren’t that bright either.

Oracle was Bruce and Barb’s toy, an A.I. that could listen in and pinpoint criminals, yet for some reason it’s stored beneath the city’s precinct. It’s a weird place to house the weapon, and it makes Dick and Barb constantly going there suspicious. The fact the NSA has decommissioned it suggests it should be moved, which leaves us wondering why the commissioner keeps it somewhere so accessible — particularly as it’s basically a trail of breadcrumbs to the vigilantes.

This is bad strategy, which Barb doubles down on when she deactivates it without consulting Dick. She gets scared Scarecrow hacked in, but deactivating it means giving up the only way to figure out where Scarecrow is making his anti-fear toxin, which is already plunging Gotham into murder and violence. Admittedly, Dick’s got control issues, but he’s right in that they could have used it to play Scarecrow, making the program a double agent.

Starfire is just as bad at strategy, getting too emotional in her own tracking of Scarecrow. She’s tricked into bringing an FBI informant to a gangster, Valeska, but while Valeska kills the snitch, she’s ready to spill details on Scarecrow’s lab. Yet Starfire opts to burn her to bits for what she did. She could have gotten the intel first, then doled out the incineration, but she’s all about ego, which Blackfire points out.

To make it worse, Starfire’s civilian form is known to the public, yet she’s running around with Dick, garnering clues. It’s easy to figure out his Nightwing identity when they show up together at crime scenes.

The fact that she’s also going to Wayne Manor to meet the team — all of whom roll unmasked — means a criminal can follow one of these public figures and take them all out. It’s the antithesis to stealth, and the reason why, no matter what, they need Bruce as a den father.

The first seven episodes of Titans Season 3 are available now on HBO Max. Episode 8 will be released Sept. 16.