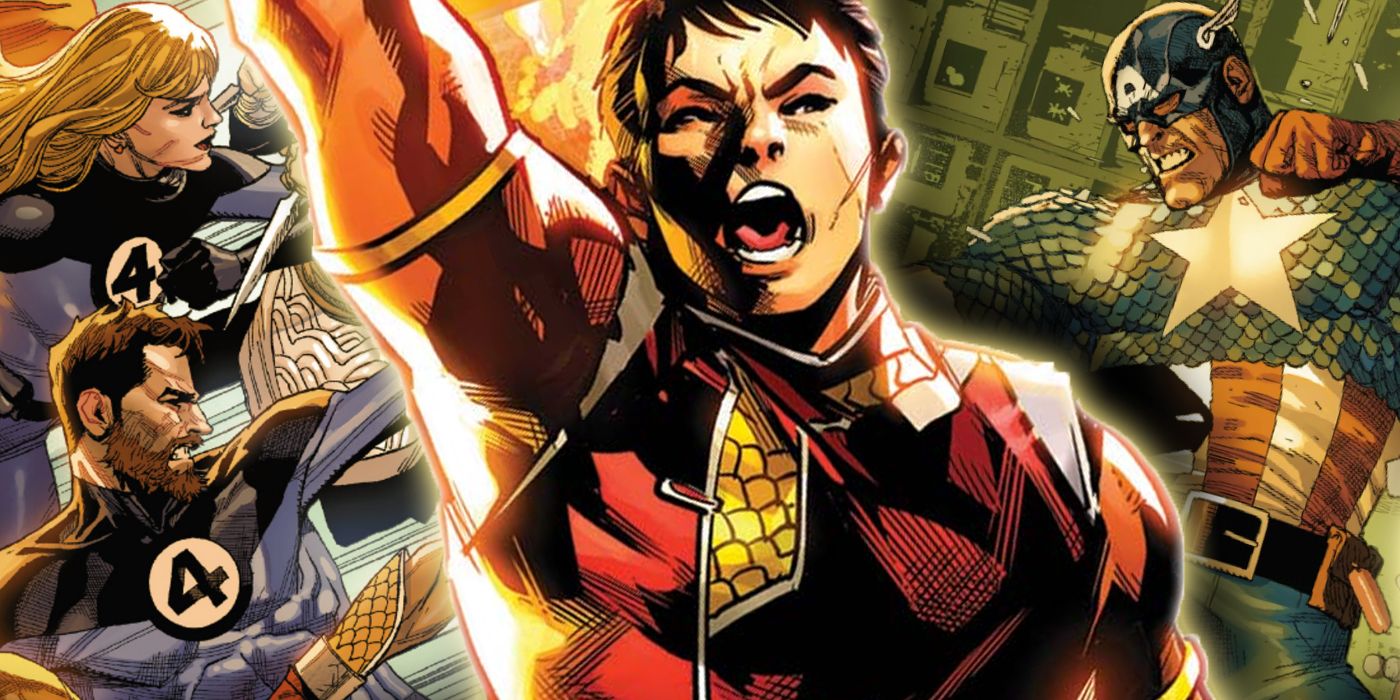 Despite having inherited the reins of his father’s cult-like criminal empire, Shang-Chi has held firm in his attempts to steer the Five Weapons Society into a more benevolent direction as its latest Supreme Commander. It hasn’t been an easy task, especially with his siblings still uncertain of his methods, but Shang-Chi hasn’t given up on playing the hero. Unfortunately, doing so has been all the more complicated just by his association to the Five Weapons Society, and some of Marvel’s other greatest heroes are already preparing to go to war with one of their oldest allies.

In Shang-Chi #4 by Gene Luen Yang, Dike Ruan, Triona Farrell, VC’s Travis Lanham and VC’s Joe Caramagna, Shang-Chi’s restless nights have been filled with vivid dreams of his old family home, the first House of the Deadly Hand. Within its walls rests his father’s throne, and on it is seated a woman whose voice Shang-Chi recognizes as that of Shi-Hua, better known as Sister Hammer. After consultation with Mister Lee, the sorcerer of the Five Weapons Society, the location of the dreams is recognized as the Negative Zone. As seemingly impossible as it might be to get there, the Supreme Commander still has friends in high places, and none know the Negative Zone better than the Fantastic Four. When Shang-Chi reaches out to Reed for help, he is met with refusal, as his old friend isn’t willing to put his family anywhere near the criminal empire that Zheng Zu built.

Shang-Chi and the rest of his siblings take on a daring heist to break into Reed’s lab, steal a vessel capable of bringing them to the Negative Zone and returning with their sister in hand. The team is able to make the journey and back, though the repercussions of their actions are immediate upon their return. The Fantastic Four quickly arrive, with the Thing throwing punches as Reed’s furious voice bellows throughout the facility. After a short battle, Shang-Chi and his family leave behind a thick veil of smoke, and as soon as they leave, Reed has gotten on the line with Captain America for a very serious conversation.

Reed Richards isn’t the first hero whose relationship with Shang-Chi has taken an unsettling turn, but his experience is the most egregious so far. Captain America knows all too well the fine line that Shang-Chi is walking, having provided backup for him when a supervillain auction went south. This might not have impacted their respect for one another, but Shang-Chi’s connection to a massive criminal empire has certainly had an effect on the way that heroes such as Spider-Man are now viewing their longtime ally. It would be one thing if there were merely some individually awkward moments and rumors fluttering about. That fellow heroes are beginning to discuss the matter amongst themselves, however, changes the picture significantly.

RELATED: Shang-Chi’s Other Lost Sibling Just Sent Him to Marvel’s Most Dangerous Realm

With multiple Avengers and the Fantastic Four all having seen Shang-Chi’s management techniques up close, there is plenty of reason to call them into question. From the outside looking in, it would appear as though the Five Weapons Society is forcing its Supreme Commander to continue taking on objectively villainous endeavors, despite his own intentions. For the rest of Marvel’s heroes, that just makes Shang-Chi the next big threat in the making. Unless he can do something about his declining reputation soon, the Five Weapons Society is going to be headed for a war that it has no hope of winning.

X-Men: Why Gambit Stopped Being One of Marvel’s Most Powerful Mutants
Related Topics