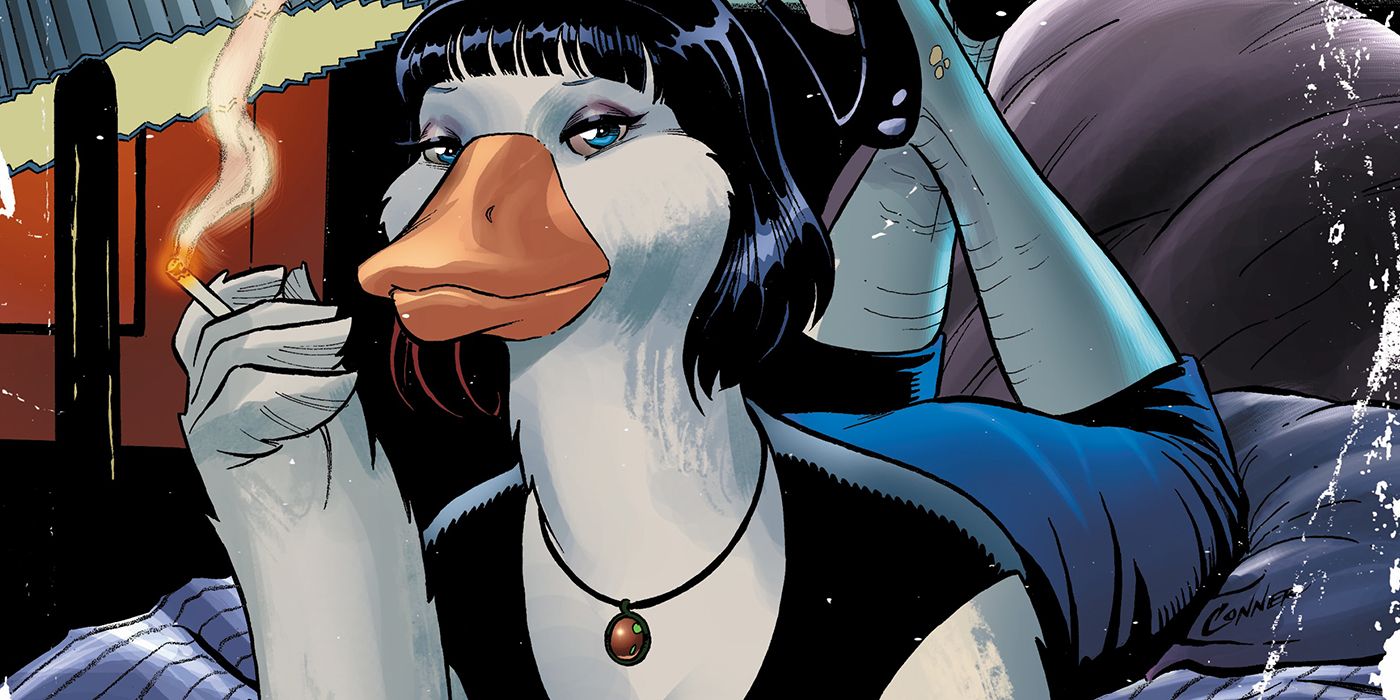 Writer Frank Tieri, artist Joe Eisma, colorist Matt Herms and letterer Carlos M. Mangual are the creative team on Tales of Mother F. Goose, a prestige format one-shot that picks up after Shock‘s “Little Red Hood” and AfterDark‘s “Along Came a Spider.” Other AfterShock titles from Tieri include Pestilence and contributing stories in both Shock and AfterDark.

“Basically both these projects expand on the world we set up in ‘Little Red Hood’ — and they do it through the mob boss who is essentially the glue that holds all this shit together, Don Francesco Orca, our Mother F. Goose. (Orca means Goose in Italian. And yeah, his name is Francesco. What did ya think the F stood for? ;))” Tieri said regarding Tales of Mother F. Goose and its prelude in AfterDark.

“Orca was introduced in ‘Little Red Hood’ where we saw he was the major player in this world and has his fingers in everything. This plays into Tales of Mother F. Goose where there’s a murder– local pimp Georgie Porgie– who was apparently going to drop a dime on Orca. Detective Jack Horner and his partner, a certain Miss Muffet, have nabbed a number of suspects and through their interrogation we get our MFG versions of the tales of Puss-in-Boots, The Three Little Pigs, and Three Blind Mice. It’s actually a bit of a murder mystery as we find all these suspects have ties to Orca and it’s a question of who actually has the deepest ties of all and did the deed,” he said.

“The ‘Along Came a Spider’ story in AfterDark, which hits stands in October, will act as a quasi-prelude to Tales of Mother F. Goose,” Tieri continued. “Here we find the aforementioned Muffet as she tracks down a serial killer known as the Spider. This is essentially Muffet’s origin story and we’ll see how and why she gets the tattoo she’s later sporting in MFG. It’s also a horror story and a rather disturbing one, especially if you’re a bit skeeved by spiders (and who isn’t?).”