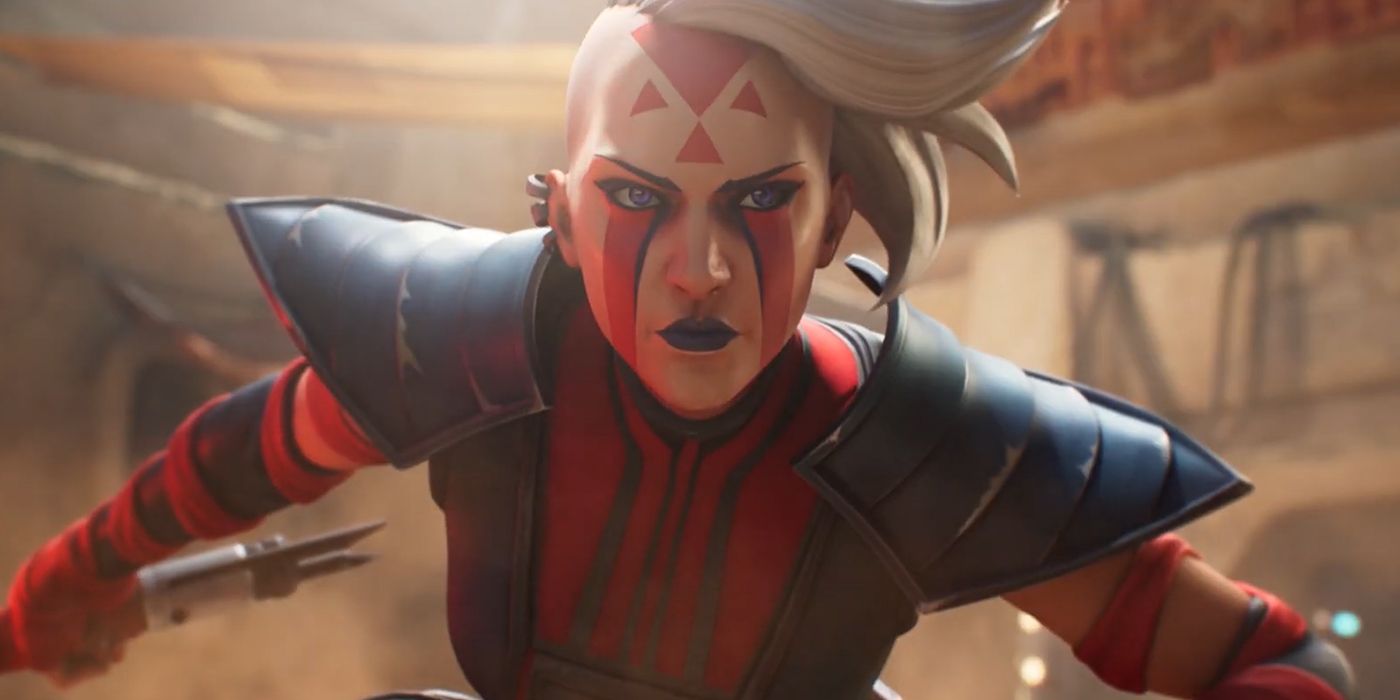 A cinematic trailer for Star Wars: Hunters has been released, featuring the cast of fighters for the game and the setting it takes place in.

Viewers are introduced to the Arena, where much of the fighting in Star Wars: Hunters is expected to take place. Rieve, a warrior wielding a red lightsaber, is the first character to debut. Rieve is attacked from behind by a Mandalorian named Aran Tal, who mocks Rieve for not having her team to watch her back. Aran Tal looks to be working with a Wookie going by the name Grozz.

Suddenly, a Sentinel wearing Empire Stormtrooper armor joins the fray to keep Grozz at bay. This leaves Rieve and Aran Tal to square off once again, though they’re quickly broken up by droid with a blue lightsaber. All the fighters then split up into two teams for an all-out brawl as a pair of Jawas and a woman with prosthetic feet join the mix. Finally, the camera pans out to display multiple arenas set up in the same location with a scoreboard and multicolor lights hover in the sky above.

“I’m on a winning streak. Don’t let me down,” Rieve tells a group of hunters as they prepare to enter the Arena in the trailer’s closing moments. One fighter responds, “You must be going for my record,” as Grozz the Wookie chuckles. Zynga is encouraging gamers to pre-register to unlock exclusive in-game content.

The game is a collaboration between Lucasfilm Games and Zynga. Announced in February during a Nintendo Direct presentation, Star Wars: Hunters is a free-to-download game that doesn’t require a Nintendo Switch Online membership. Taking place after the fall of the Galactic Empire, Star Wars: Hunters “will bring players together to engage in thrilling, squad-based, multiplayer battles featuring a diverse array of distinctive new Star Wars characters.”

“Bringing Star Wars: Hunters to the Nintendo Switch and its passionate fan-base marks an exciting milestone for Zynga,” said Zynga President of Publishing Bernard Kim. “We created Star Wars: Hunters for every fan who has ever dreamed about playing a high-intensity action game set in the Star Wars galaxy and are excited to see Switch players embrace our foray into console gaming.”

“We are delighted that Zynga is bringing their first console game, Star Wars: Hunters, to Nintendo Switch,” added Nintendo of America Senior Vice President of Publisher and Developer Relations Steve Singer. “We look forward to Nintendo Switch players around the globe experiencing this world-renowned franchise in a new way.”

“Star Wars: Hunters draws inspiration from classic Star Wars stories and settings, but with a look and feel that is different from anything we have done before,” explained Lucasfilm Games VP Douglas Reilly. “We’re thrilled to introduce this wildly creative cast of characters to our fans on Nintendo Switch, where they can join with their friends in thrilling battles at home or on the go.”