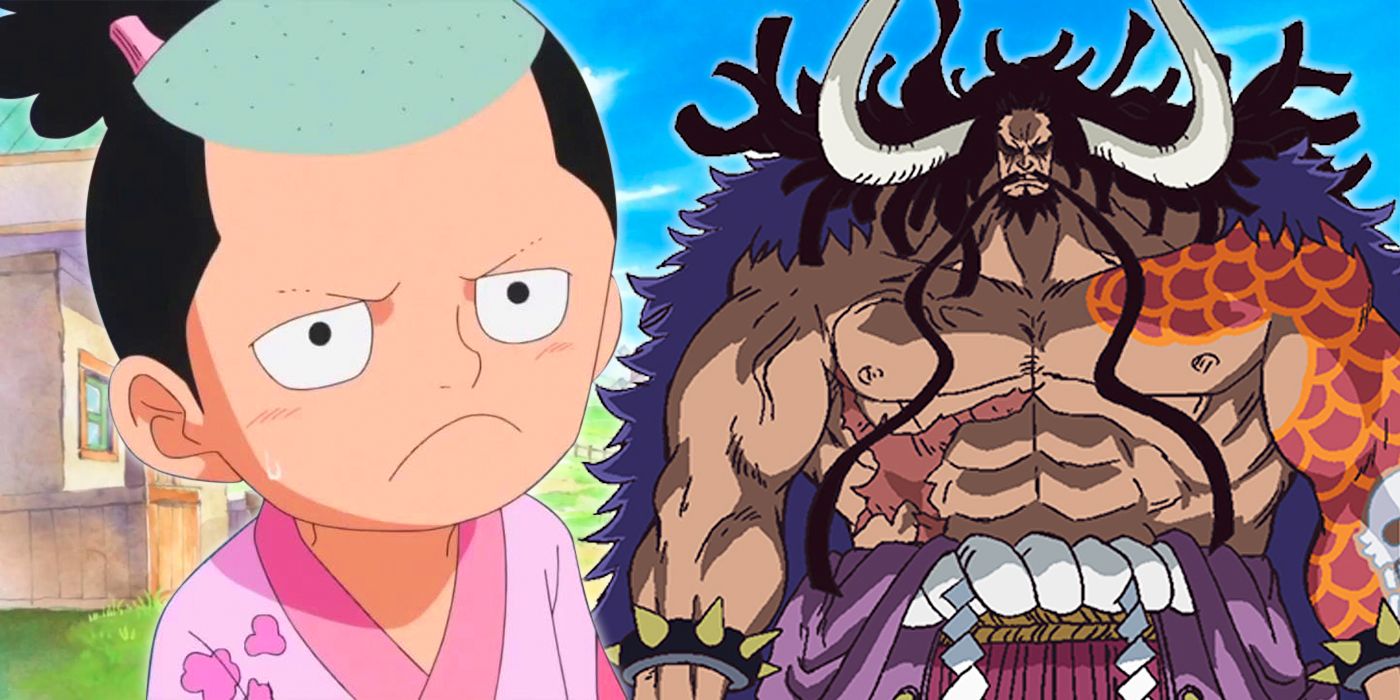 WARNING: The following contains spoilers for One Piece Chapter #1025, “Twin Dragons,” by Eiichiro Oda, Stephen Paul and Vanessa Satone, available in English via Manga Plus and Viz Media.

One Piece Chapter #1024 saw the Straw Hats were scrambling to regroup and find Luffy, Momonosuke and Shinobu. The castle lit ablaze, the Animal Kingdom Pirates began flooding the Performance Floor to escape the fire with the Alliance members trying to keep them from interfering with the fight between Zoro, Sanji, King and Queen.

Meanwhile, Yamato was still fighting Kaido atop the Skull Dome. Back in his childhood, Kaido would deprive Yamato of food for claiming the name of Kozuki Oden, telling the child he should die for this. It was discovered during this time that Yamato could unknowingly use Conquerer’s Haki, though this did nothing to ease the punishment Kaido inflicted on him. Eventually, Kaido locked Yamato within a cave alongside a group of samurai, believing they would kill the boy for being his son. Instead, they sacrificed their own lives to help Yamato survive. Back in the present day, Yamato explains to his father that he wasn’t alone and asks why Kaido stole his and Wano’s freedom. The response Kaido gave was a Thunder Bagua attack.

RELATED: One Piece: How the Popular ‘ZoSan’ Ship Set Sail

Chapter #1025 finds Luffy and Momonosuke on their way back to Onigashima — at least, that’s what they’re attempting to do. Though he’s much larger, Momonosuke hasn’t quite mastered the art of flying yet and still suffers from a fear of heights. Apparently being an adult doesn’t magically erase one’s fears. The two go back and forth, with Luffy emphasizing the need to hurry before Kaido destroys everyone on the island. Before we see Momo take flight, One Piece cuts back to the fight between father and son.

In the aftermath of his father’s Bagua attack, Yamato reveals he defended against the devastating blow using his “Mirror Mountain” technique. A shell shatters from around him, having taken the brunt of the impact. Yamato then launches a counterattack with a Hallowed Glacier Slash, but Kaido takes it with little effect. He takes another swing at Yamato, still claiming that the samurai will never accept him. Kaido reminds him he has always been alone, but Yamato counters that he does have friends, thinking back on the people he’s met — including Ace. Kaido calls friendship a sham and says strength is the most important thing for a ruler to have. He then declares Yamato was never meant to be friends with humans and that will be his fate.

RELATED: Each of One Piece’s 100 Volumes Have Sold Over 1 Million Copies

Meanwhile, Momonosuke has at last figured out how to fly, ecstatic to be getting the hang of it. He and Luffy make it above Onigashima and aim for the roof. Unfortunately, Momo’s targeting is a bit off and they crash into the Performance Floor instead, shocking everyone. Momo can’t stop his propulsion, crashing into the Second Floor and passing the fight between Kid, Law, and Big Mom. Luffy implores Momo to open his eyes, but the dragon replies that something is stuck in them.

One Piece Chapter #1025 then moves back to the roof — Kaido thinks the ruckus is caused by Big Mom, but Momo finally makes it back into the air. Luffy sees Kaido and readies a Gear Four, Snakeman: Gum-Gum White Serpent attack just as Yamato swings at his father again, and the two attacks combine to send Kaido flying. Yamato is thrilled to see Luffy, who thanks him for holding Kaido back for them.

RELATED: One Piece: How Long it Would Take to Watch the Entire Anime Series

Before they can celebrate their reunion, however, Kaido transforms into his dragon form and confronts Momonosuke, asking who he is. Yamato recognizes him immediately due to his pink color. Before Momo can answer, Luffy declares that nothing Kaido does will kill him and insists he will be King of the Pirates. Momo then speaks up, giving his name and a confidence that he will be Shogun of Wano. Kaido merely laughs at them, saying that the world doesn’t need two dragons.

The next chapter of One Piece will be released on Sunday, September 26.

Molly Kishikawa is an American artist living in Japan. Starting with the original broadcast of Sailor Moon on Toonami, she has been an avid anime fan since. Living in Japan for two years, she has seen first-hand how the country views anime and manga. She also enjoys video games, Dungeons & Dragons, and J-Rock.