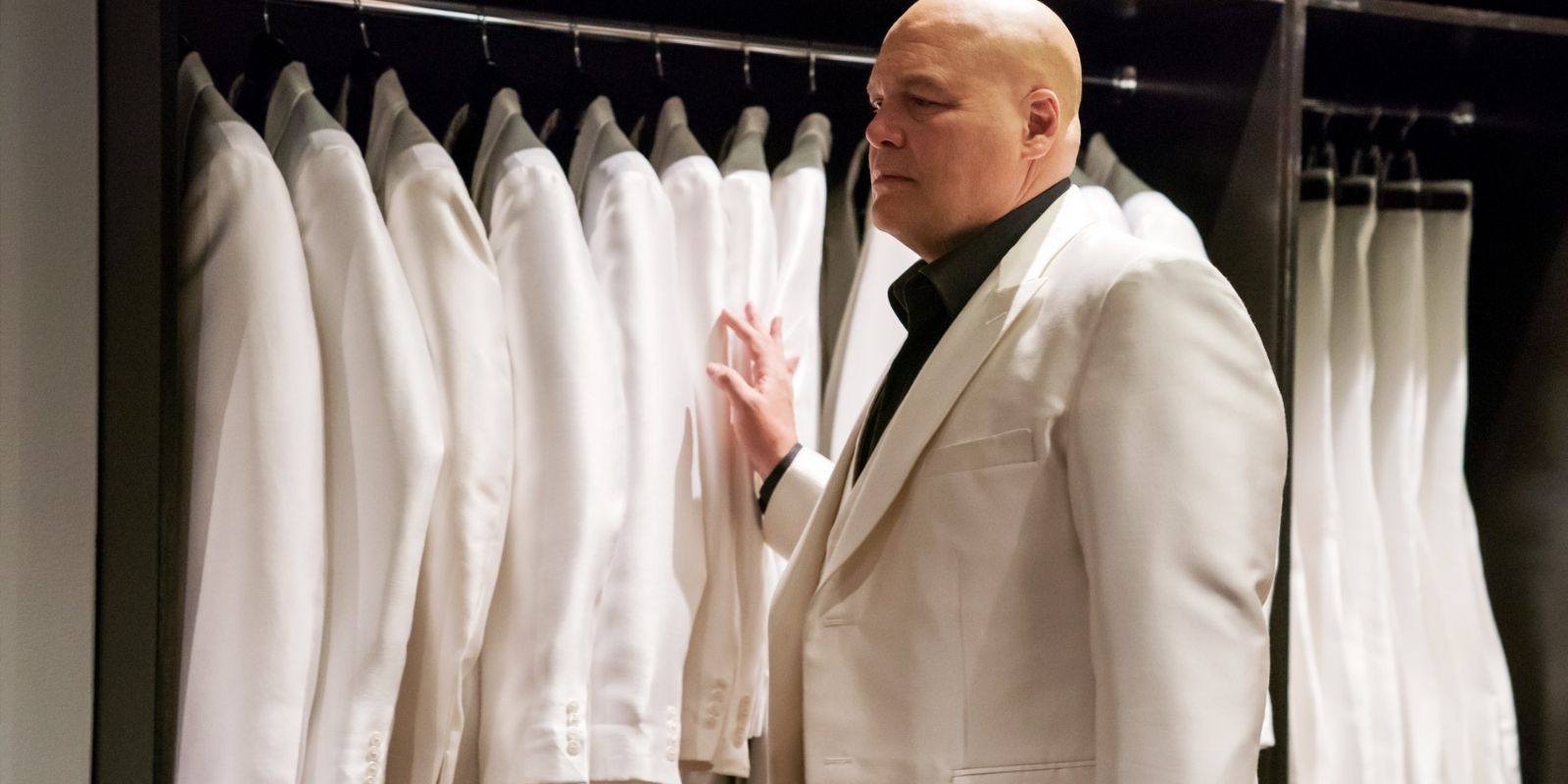 D’Onofrio fueled speculation shortly after Marvel dropped the first trailer for Hawkeye, tweeting out an original poem about a three-legged dog. While D’Onofrio is known for using his platform to share his poetry, the timing and content of the tweet have led many to believe the work is a reference to Lucky, Hawkeye’s dog companion. D’Onofrio threw more fuel onto the rumor fire by liking several tweets from fans expressing their excitement at his supposed return as Kingpin.

I feel like Vincent D’Onofrio found a giant loophole on his NDA regarding the whole “Liking tweets” thing and now he is exploting it like there’s no tomorrow.

D’Onofrio’s Kingpin was the central antagonist of Netflix’s Daredevil series, showing up in subsequent seasons in a supporting role. His performance as Wilson Fisk was widely praised by fans and critics alike, with many appreciating the depth, menace and violence D’Onofrio brought to the character.

Given Hawkeye‘s comparatively down-to-earth setting and tone, a more grounded villain would be appropriate for the series. Yet Disney and Marvel Studios have confirmed that Netflix’s Marvel shows, including Daredevil, Jessica Jones, Luke Cage, Iron Fist, The Defenders and The Punisher, are not part of Marvel Cinematic Universe canon. If D’Onofrio does return as Wilson Fisk, it’s unlikely to be the version seen in Daredevil.

Not giving a flying f*ck about spoilers

Vincent D’Onofrio might have loopholed that NDA. 😂 Just by liking tweets. And it’s funny because usually if it wasn’t real he would just straight up deny it. But he’s not said a word so he’s good

Speculation was further driven by confirmation that Hawkeye will include Echo, a deaf Native American superhero who is canonically Wilson Fisk’s adopted daughter. Played by Alaqua Cox in the series, Echo is known for her photographic reflexes and iconic hand-print across her face. Black Widow star Florence Pugh is also confirmed to appear in Hawkeye, reprising her role of assassin Yelena Belova.

Marvel recently dropped the first official trailer for Hawkeye, the latest Disney+ original series that further expands the Marvel Cinematic Universe. Set during Christmas, the plot seems to follow Clint “Hawkeye” Barton as he and his protégé Kate Bishop team up to take down the “Tracksuit Mafia.” The series is reportedly taking heavy inspiration from Matt Fraction and David Aja’s Hawkeye run.  The show features Jeremy Renner reprising his role as Clint Barton while Hailee Steinfeld makes her MCU debut as Kate Bishop.

Fans waiting to see if Vincent D’Onofrio is in fact reprising his role won’t need to wait much longer. Hawkeye premieres on Disney+ on Nov. 24.

Brad Lang is a Video Game News Editor at CBR and has worked as a gaming journalist since 2019. He holds a Master’s Degree in Creative Writing and has bylines on Critical Hit, Stuff Magazine and Rock, Paper Shotgun. When he’s not playing video games, he’s out hurting himself on a skateboard, collecting old school metal records or looking for his cat, Nemesis. If you’re looking for him, you can find Brad on Twitter at @icebearlycoping.