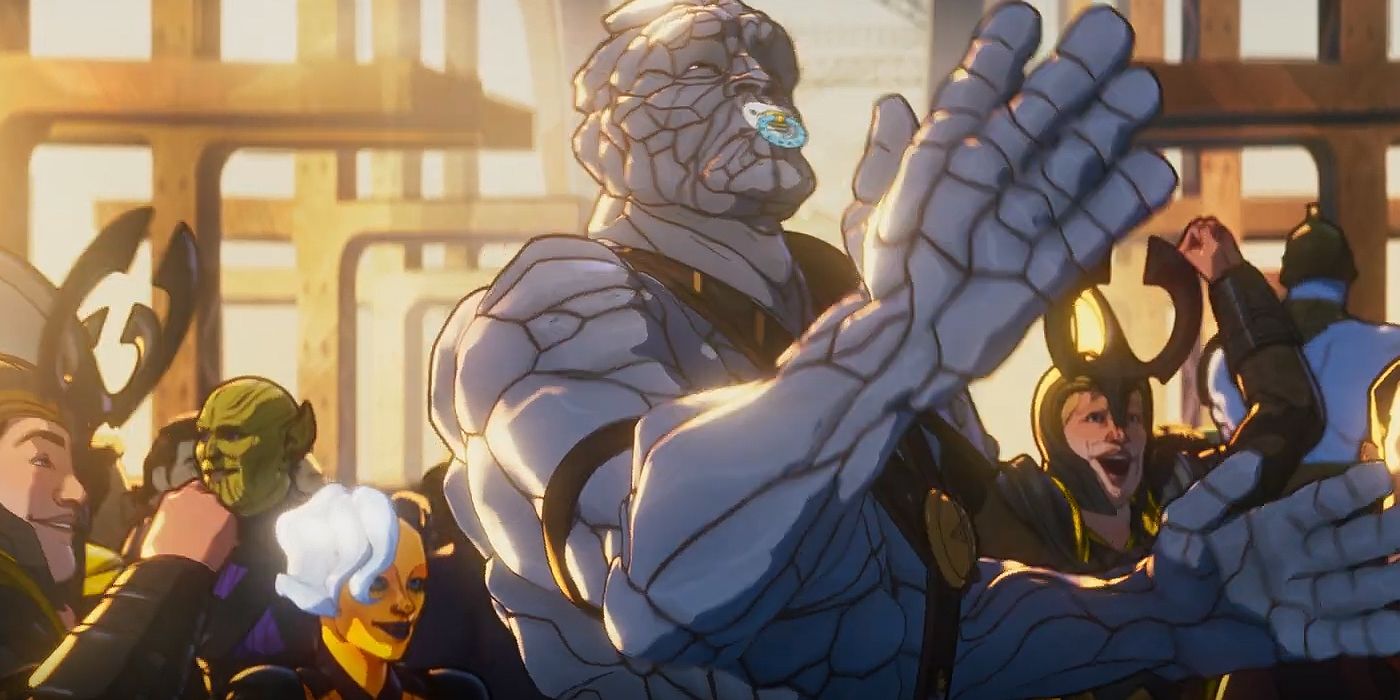 Disney+ released a new trailer for the remaining episodes of Marvel Studios’ What If…?

The trailer recaps the previous episodes of Season 1 while also teasing what’s still in store, including what looks like some continuations of previous episodes. Perhaps most notable is the return of Captain Carter, whose story kicked off the events of the series.

Much like the comic book source material, What If…? flips the script on a number of established Marvel Cinematic Universe stories and tropes. The inaugural episode saw Peggy Carter take Steve Rogers’ place in receiving the Super Soldier Serum, thus creating Captain Carter. Other episodes saw T’Challa becoming Star-Lord, all of the founding Avengers dying between the events of Iron Man 2 and Thor and even an MCU spin on the classic Marvel Zombies story.

RELATED: What If? Finally Brings a Key Piece of the Spider-Man Mythos to the MCU

While Season 1 of What If…? is only halfway over, Season 2 is already in the works. “That’s the fun thing about having the What If…? series now; we can explore questions just like that,” Marvel Studios President/Marvel Chief Creative Officer Kevin Feige recently said. “And I will say, just as season 1 is tapping into films and storylines from the MCU that you’ve seen up to this point, season 2 will definitely incorporate movies from Phase 4.”

New episodes of What If…? premiere Wednesdays on Disney+.

KEEP READING: Marvel’s Most Surprising Zombie Was [Spoiler] – Here’s How He May Have Been Infected

Jon Arvedon is the lead news editor for CBR after beginning as a freelance writer in 2017. Prior to joining the outlet, he built up his portfolio by reviewing comic books for several notable sites, as the heroes of Marvel and DC have always been a passion of his. In fact, his love of superheroes is rivaled only by his love of Star Wars and weightlifting. If you’re so inclined, you can follow Jon on Twitter at @JonArvedon.

The Irregular at Magic High School Reminiscence Arc to Air This Winter!
Sword Art Online Looks Back With Emotional Trailer Featuring Past Footage!
DC FanDome Promo Celebrates Every Cinematic Batman | CBR
Wolverine: How Logan Lost One of His Claws in Marvel’s Cosmic Future
Wolfenstein 3 May Be in Active Development | CBR