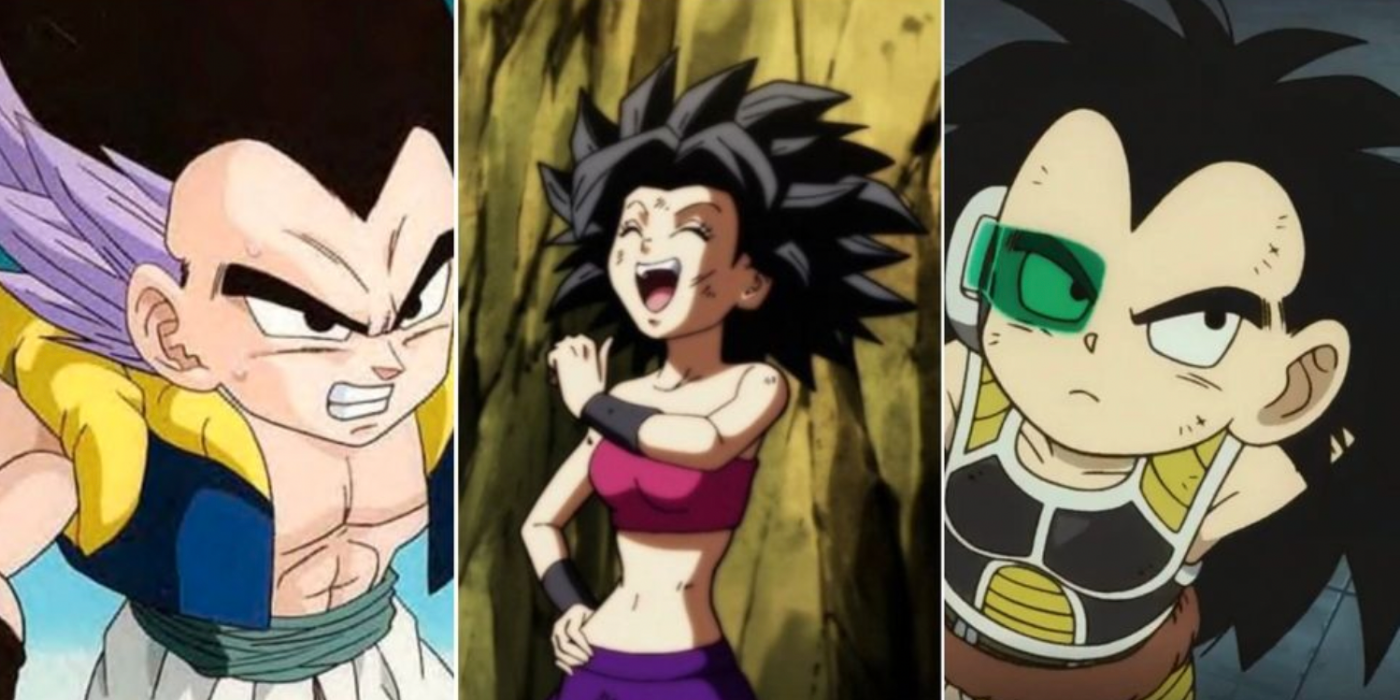 Akira Toriyama’s Dragon Ball has firmly established itself as a pivotal anime series. It is just as popular now as it was back when it first premiered. Anime is an incredibly versatile medium of entertainment, but despite its wildly diverse content, there are still certain elements that can become stereotypes, such as anime characters’ exaggerated and unconventional hairstyles.

RELATED: Dragon Ball: Every Saiyan Transformation, Ranked According To Its Design

Dragon Ball features some very creative character designs that can simultaneously feel grounded and ridiculous. Dragon Ball’s Saiyans are often put under the greatest level of scrutiny, especially when it comes to their hairstyles, with some of the legendary warriors carrying more iconic looks than others.

10 Paragus’ Look Doesn’t Leave Much To The Imagination

Dragon Ball has occasionally found opportunities to introduce new Saiyans into the mix, even when it’s been repeatedly underscored that the race is nearly extinct. Paragus appears in Dragon Ball Z’s movies, as Broly’s controlling father, but his hair is definitely on the simpler side.

Paragus’ hair feels like a less interesting version of Vegeta’s straight-up hairstyle, or even how Yamcha’s hair is during the invasion of the Androids. Dragon Ball Super: Broly makes a slight improvement by changing Paragus’ hair color to gray, but its style is still lacking.

Dragon Ball Super expands the series’ universe in significant ways, and the introduction of a multiverse brings with it several new Saiyans from Universe 6. Kale is a female Saiyan who exhibits a very reserved and closed-off personality as she typically defers to Caulifla.

Kale has a very forgettable hairstyle that’s comfortably tied back in a ponytail, which essentially robs it of any style. The ponytail in itself stands out for how it’s different, but it’s not enough. In her Berserker form, Kale’s hair does become conventionally spikier, but it’s just derivative of Broly’s Legendary Super Saiyan look.

Broly has grown into a somewhat controversial character due to how much the Dragon Ball Z movies and video games reinforce the character’s strength and importance. Dragon Ball Super: Broly canonically brings the Saiyan into the mix and it’s likely that he’ll make a return appearance.

RELATED: Dragon Ball: 10 Saiyans Frieza Should Be Most Afraid Of

Broly is a curious Saiyan when it comes to his hairstyle and his standard form almost looks somewhere between Raditz and Goku’s hair. Broly has longer hair that’s maintained via a regal headband. This look stands out, but in his Super Saiyan form, the hair becomes much more generic.

Dragon Ball is full of powerful character introductions, but Future Trunks’ arrival is still up there as one of the anime’s very best moments. Up until this point, the audience is used to Saiyans all having dark black hair, so Future Trunks’ purple locks are a big deal.

Future Trunks’ hair definitely takes more inspiration from Bulma than Vegeta and it has a very grounded look, besides its color. Future Trunks’ hair becomes more interesting when he becomes a Super Saiyan, which allows his shorter do to turn up in a manner that’s more unique than the standard Saiyan.

Dragon Ball opens up in huge ways after fusion gets introduced. Incredibly powerful individuals are able to literally combine their strength into an even more dangerous figure. The highlights of fusion are typically in regards to their new powers and techniques, but in the case of Goten and Trunks’ fusion, Gotenks, their look is also significant.

Gotenks has a vertical hairstyle that’s not unlike Vegeta, but it contains a streak of purple through it to represent Trunks’ contribution to the fusion. This dual-colored hair is very striking and offers more variety than fused fighters like Vegito or Gogeta.

One of the most successful incorporations of fusion in Dragon Ball Super involves the union between Universe 6’s Caulifla and Kale. The fused result, Kefla, is one of the most powerful Saiyans in the series and she also sports a simple, yet effective look. Kefla’s hair is stereotypically spiky, which is representative of Caulifla’s standard style, yet with a touch of Kale’s more casual approach.

Kefla’s hair becomes even more unique due to Kale’s Legendary Super Saiyan status that can break through, which gives Kefla a green-tinted hairstyle, which stands out from anyone else in Universe 6 or 7.

Dragon Ball Super has a lot of fun with the new Saiyans that get introduced through Universe 6. These Saiyans are eager to learn and improve through Universe 7’s Saiyans, but Caulifla is the one who immediately demonstrates the most potential. Caulifla has a bushy head of hair that’s full of vertical spikes.

It honestly looks a little like a hybrid between Goku and Vegeta’s hairstyles, but with a slightly feminine slant to it. Caulifla’s hair becomes slightly more generic in Super Saiyan form, but it’s an appreciated return to the more exaggerated Saiyan hairstyles.

3 Raditz Has The Most Cumbersome Hair Out Of Any Saiyan

Many Saiyan hairstyles feel derivative of each other, but Raditz’s long locks are a definite exception. Raditz is one of the first Saiyans that audiences get exposed to in Dragon Ball Z and his hair, which reaches the ground, is one of his most recognizable features.

Curiously, Raditz gets introduced long before the prospect of Super Saiyans is on the table, so his extreme hairstyle doesn’t try to incorporate a transformed state into the character’s design. Raditz benefits from this and it allows him to maintain a very different appearance before nearly every Saiyan is presented with shorter, manageable hair.

Vegeta is one of Dragon Ball’s most popular characters and his hairstyle has almost become representative of how a Saiyan is expected to look. Vegeta’s vertical hairstyle is also present with his father, King Vegeta, which indicates there are some royal roots behind the look.

This hairstyle doesn’t get overly complicated, but it’s still effective in its look and it lends itself very well to Super Saiyan transformations. Vegeta’s standard look is excellent, but the less that’s said about his chopped-off hair in Dragon Ball GT, as well as his mustache, the better.

Goku is such a prominent anime figure that it’s easy to take his wild hairstyle for granted, even though it’s far from normal. Goku’s hair has the perfect quality of justified messiness that’s often in play when it comes to the wild hairstyles of anime protagonists.

Goku’s spiky hair works so well that the style is repeated with multiple other Saiyans, like Gohan, Goten, Bardock, and Turles. It’s not just the most common hairstyle, but a look that’s become accepted through the broader nature of anime in general.

NEXT: Dragon Ball Z: 10 Giveaways Goku Was The Legendary Super Saiyan All Along


Next
10 Anime Characters Who Are Skilled At Interrogation

Marvel: The Most Irredeemable Villains From The Comics | CBR
Symbiote Spider-Man Is About to Face-Off Against the Eternals MCU Villains
The Demon Girl Next Door Unveils Season 2 Visual and Title!
How to Watch Halloween Kills Online | CBR
Scarlet Witch: The Mystical Avenger Has Marvel’s Wildest Powers and History