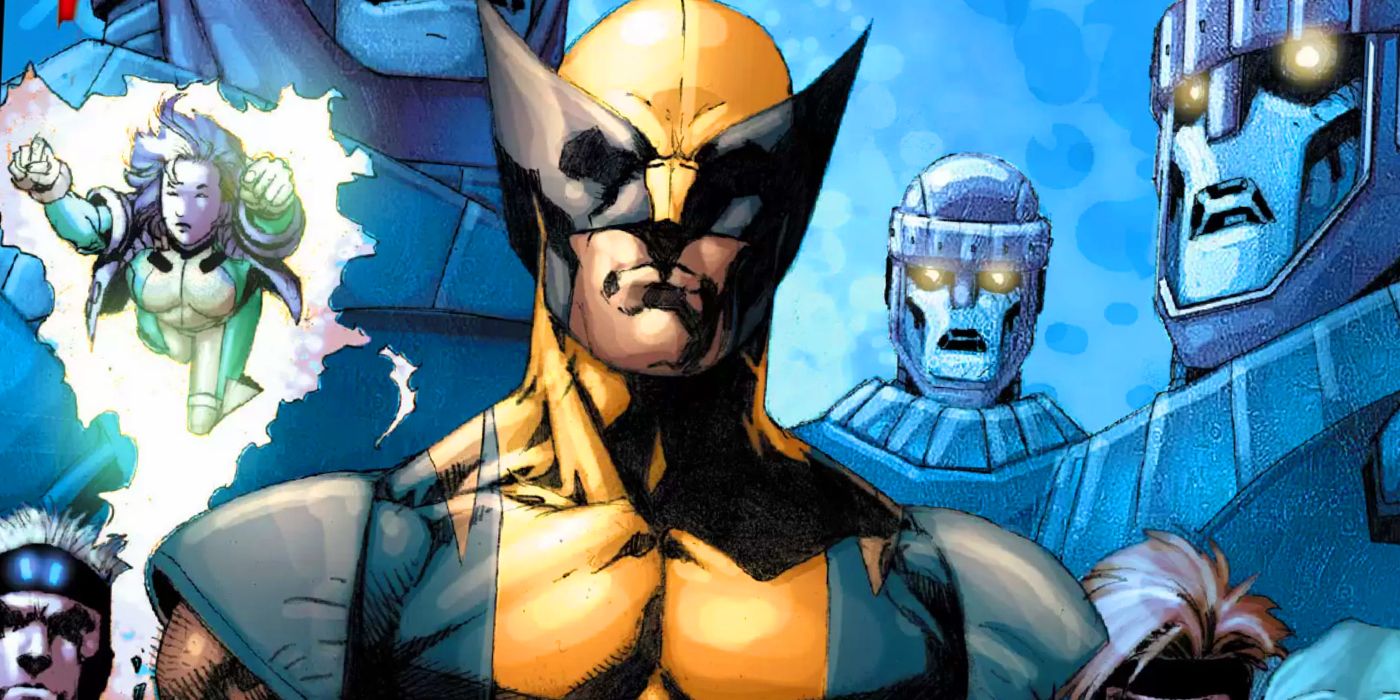 The Sentinels are some of the most iconic elements of the X-Men franchise. Introduced by Stan Lee and Jack Kirby in X-Men #14, the mutant-hunting robots have been reinvented and retooled countless times over the years, with their most powerful and dangerous incarnation, Nimrod, being a major antagonist in the current era of X-Men stories. However, there was one incarnation of the Sentinels that was specifically designed to all people, including the mutants of the Marvel universe.

These new Sentinels briefly became allies of the X-Men and had the distinction of being piloted by humans to try and keep the more deadly automated elements of the Sentinels from taking over. Sadly, this group was only used briefly during an especially dangerous time for the mutants. What happened to the Sentinel Squad O.N.E?

Spiraling out the events of House of M — where roughly 98% of the mutant population lost their abilities due to the reality altering power of the Scarlet Witch — “Decimation” saw major changes hit the Marvel Universe. This was further explored in House of M: The Day After #1 by Chris Claremont and Randy Green. Longtime X-Factor associate Valerie Cooper successfully convinced the United States Government that there needed to be an official defense force designed to protect American interests. With Tony Stark’s designs and James Rhodes — aka the heroic War Machine — briefly taking command of the platoon, the Sentinel Squad was officially sanctioned by the government.

RELATED: Wolverine vs. Shang-Chi: Why Logan Just Fought the MCU’s Next Hero

One of their chief members, Nathaniel Briggs, was killed fighting against Vulcan in X-Men: Deadly Genesis by Ed Brubaker and Trevor Hairsine. They tried to fight against William Stryker and his Purifiers in New X-Men #27 by Craig Kyle, Chris Yost, and Paco Medina, only for his stolen Nimrod tech to shut them down with ease. Demetrius Lazer, the director of the O.N.E. program, eventually revealed intense hatred for mutants and tried to use the Squad and his connections to murder many of them, even successfully bringing down the Omega-Level mutant Mister M in X-Men: The 198 by David Hine and Jim Muniz. The Sentinel Squad was finally and ingloriously brought down for good in the “Messiah Complex” crossover, where they were turned against the X-Men and finally destroyed.

The concept behind the Sentinel Squad O.N.E., to turn a classic sign of oppression and horror in the Marvel Universe into a more heroic ideal, isn’t necessarily a bad one. Unfortunately, the new Sentinels proved ineffective in the long run, and were ill-prepared for the sheer scope of the threats the X-Men face on a regular basis.

KEEP READING: The X-Men Were Nearly Defeated By A Castle Full Of… Leprechauns!?

How to Make a Web-Shooter That Works | CBR
Higurashi Sotsu: Hanyuu Bets On A Miracle | CBR
Every Marvel Character Expected In Insomniac’s Spider-Man 2 | CBR
Harry Potter Movies Return to Peacock in October | CBR
Every Version of James Bond’s Most Dangerous Villain | CBR