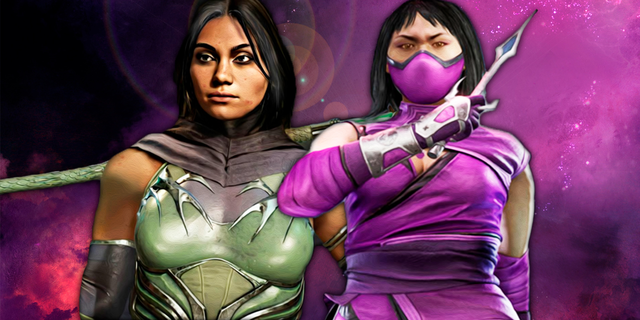 There are plenty of awesome female characters to watch and play in today’s video games, but with a few notable exceptions, they’re not known for realism, especially when it comes to body types. A few tweaks to their designs make all the difference.

In a series of images created by OnlineGambling.ca, ten characters from popular games including BloodRayne, World of Warcraft, and Soulcalibur are redesigned to look more like women of the real world — aside from their dramatic outfits and magical weapons, of course. Each edit is posted alongside the original art of the character used as its base, with a caption explaining the changes that were made.

Adjustments made to the women’s bodies range from added weight to armpit hair. As the description of the new, realistic Rayne, of the game BloodRayne, explains, “Perky breasts are something every female video game character seems to be blessed with, but we’re here to make things real – so we’ve altered her breast shape.”

The side-by-side comparison of the images before and after they were adjusted is especially eye-opening, as gamers accustomed to the art may not always be aware of how exaggerated the characters’ proportions are. Unrealistic body standards are a long-standing issue across the entertainment industry, but video games pose a unique hurdle due to the nature of their visual elements. Unlike live-action media, which uses real actors, and traditional animation, which tends to be deliberately stylized, games can create unrealistic characters which nonetheless blend seamlessly into a vivid and hyper-detailed setting.

Although these reimaginings of female characters may not represent anything likely to be seen in modern gaming, some fans will find the art refreshing and fascinating — and maybe even inspiring.

KEEP READING: Soulcalibur V Failed to Impress Because of Legacy and Time

Mira Jacobs was bitten by a radioactive apostrophe which transformed her into a writer and news editor for CBR. She lives in Colorado with a man and a dog and a cat and a bird and another, slightly fatter cat.
You can drop her a note at mira.j@cbr.com or find her on Twitter.

Tiger King Sequel Series Is Arriving on Netflix in 2021 | CBR
Why Simu Liu’s Lost Jedi Has a Unique Role in Star Wars’ Multiverse
My Hero Academia Gets Season 6!
5 Hot-Tempered Anime Love Interests (& 5 Who Keep Their Cool)
The Demon Girl Next Door Unveils Season 2 Visual and Title!