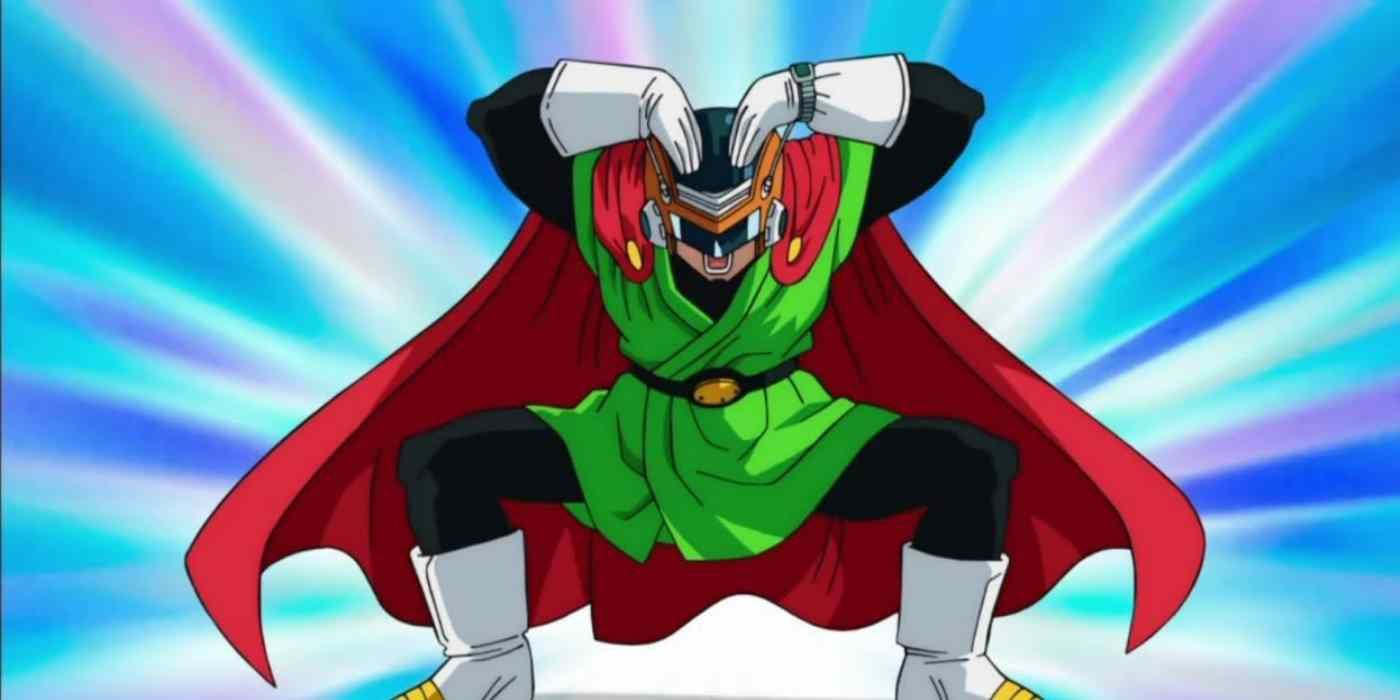 Toei Animation announced during its Comic-Con@Home 2021 presentation that the next Dragon Ball Super movie will be called Dragon Ball Super: Super Hero, with the film set to premiere next year. While much information about the film is still under wraps, Toei revealed the first set of details about the movie, including redesigns of Piccolo and Goku’s granddaughter Pan. And with these two characters poised to play a major role in the film, along with the subtitle, Super Hero may signal the return of the franchise’s biggest superhero, the Great Saiyaman.

Debuting after the seven-year time jump following the Cell Games in Dragon Ball Z, Saiyaman was the costumed alter ego Gohan developed to keep his identity a secret while he used his incredible powers to defend West City. With a costume designed by Bulma, the Great Saiyaman gave Gohan the opportunity to fully embrace his powers while using them for good, though often getting carried away with elaborate poses and posturing. Following the defeat of Majin Buu, Gohan was joined by his future wife Videl, who created a similar costume and dubbed herself the Great Saiyawoman before taking on the name of the Great Saiyaman II.

Both Gohan and Videl would retire their superhero personas by the time Videl became pregnant with Pan at the start of Dragon Ball Super, focusing on raising their daughter and their own adult lives rather than continuing their superhero antics. Upon learning that a movie was being made based on the exploits of Saiyaman, Gohan decided to join the production as a stuntman, temporarily revisiting the persona he developed as a teenager. While working with the production, Gohan defends the movie’s cast and crew from a genuine alien attack, going Super Saiyan while maintaining his costume and dubbing himself the Super Great Saiyaman before saving the day and returning to his family.

While it can be argued that any number of the Z Fighters could be considered superheroes in their own right, Saiyaman saw the Dragon Ball franchise embrace the narrative tropes that come with the superhero genre, including secret identities and balancing responsibilities between two personas. With the released concept art from Super Hero confirming the addition of two characters incredibly close to Gohan — Pan and Piccolo — and movie’s title itself, there’s plenty to suggest that Goku’s son will similarly play a prominent role in the film after being completely absent from the previous movie, 2018’s Dragon Ball Super: Broly.

RELATED: Dragon Ball Super: Frieza Was the Perfect Ally for the Tournament of Power

The Great Saiyaman was always something of a gag character, a teenage fantasy for Gohan to indulge in while Goku was “out.” Though Videl and Goten were initially receptive to the idea of Gohan being a bonafide superhero, they both outgrew the idea while Gohan still sees the costumed alter ego as a tie back to his glory days in high school and as a young adult. And while Gohan’s inclusion in Super Hero, as Saiyaman or simply in his usual civilian identity, is currently unconfirmed, it is unlikely he would be absent from a story that so prominently features his daughter.

In a franchise full of alien warlords, killer androids and time-traveling saviors from alternate futures, Dragon Ball also has one genuine superhero in its ranks. And with the next Dragon Ball Super film apparently leaning back into the superhero genre, the Great Saiyaman may finally properly make his grand comeback when the Z Fighters return to the big screen next year.

Demon Slayers Vs. Naruto Shinobi – Which Have the More Dangerous Profession?
Related Topics

Spider-Man’s 1980s Film Treatment Borrowed From Frank Miller’s Daredevil
One Piece: Usopp’s Pop Greens Are Pretty Great | CBR
Afterlife of the Party’s Most Sentimental Moment Is Also Its Scariest
Mighty Morphin #12 Pits a Fan-Favorite Power Ranger Against His Teammates
10 Anime Martial Artists Who Could Give Shang-Chi A Run For His Money