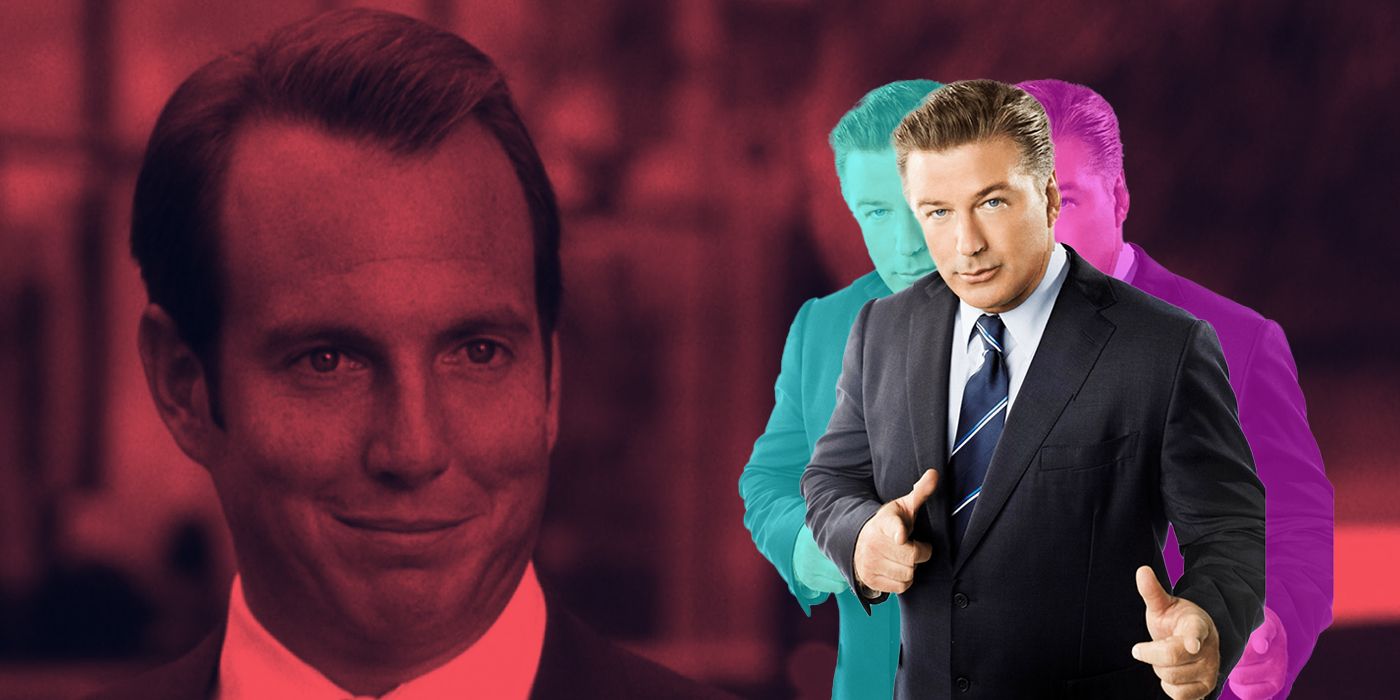 The comedy on a show like 30 Rock is built from the interpersonal relationships between the cast. Those connections were developed more and more throughout each episode, like the disturbing one between Tracy and Kenneth. But the relationship between Jack Donaghy and Devon Banks was not only a source of great comedy; it was the most consistent and entertaining rivalry in the entire series.

Jack Donaghy was a GE executive that suddenly found himself thrust into the world of entertainment. Despite knowing absolutely nothing about TV, he was put in charge of NBC and became Liz Lemon’s boss. Their His Girl Friday dynamic was the driving force behind much of what happened on 30 Rock on a week-to-week basis. Liz would grow to become his staunchest ally while helping to humanize him.

RELATED: Superstore: Glenn and Cheyenne Committed a Crime Against Geekdom

But that was Jack’s most positive relationship on the show. His worst was with a man named Devon Banks. Like Jack, Devon was an executive in the GE/NBC structure. The difference was that he was part of the entertainment world, his official title being Vice President of West Coast News, Web Content and Theme Park Talent Relations.

Devon made his first appearance in Season 1, Episode 18, arriving from Los Angeles to challenge Jack for his position at the top of NBC. He failed that time but barely. This was the beginning of a battle between two men who had steely eyes, amazing hair, looked great in suits and were technically unqualified for their jobs. Basically, they had everything someone needed to be a success in corporate America.

RELATED: Community Theory: Greendale Is an Experimental Neighborhood in the Bad Place

As the series went on, the intensity of their double entendres only grew. It got to the point that the two of them could barely have a simple conversation about lunch that wasn’t dripping in odd, off-putting sexual tension. At the same time, their war started drawing in more people. Fortunately for Jack, he had people like Liz at his back who were fiercely loyal to him.

An openly gay man, Devon made a play for the throne by getting engaged to Kathy Geiss, the daughter of GE CEO Don Geiss. It actually worked. Don went into a coma in Season 2, Episode 13, and Kathy became the CEO with her fiance as her chief advisor. This drove Jack out of the company, though he returned to power in Season 3, Episode 1, after pushing Devon out. It wasn’t hard since Devon wasn’t competent on any conceivable level.

RELATED: Superstore Cut to the Core of Working Retail in America

Their war got even more absurd when Devon became part of then-President Barack Obama’s administration in Season 4, Episode 2. He used his newfound power to put the screws on both Jack and NBC, creating even more opportunities for insane double entendre-laden conversations. Even as both men aged and had kids, their rivalry continued. It finally came to an end in Season 7, Episode 9, when Jack manipulating Devon into helping him destroy a teenage girl.

This battle between two prototypical executives raged through all seven seasons of the series. It helped Jack Donaghy in a way, making him actually seem more human in comparison to the conniving and sometimes deranged Banks. On top of that, it was also the source of some great comedy, not to mention an infinitely stronger “will they, won’t they” vibe than anything 30 Rock gave fans between Liz and Jack.

Ian Goodwillie is a freelance writer based out of Saskatoon, SK, Canada. He has a BA in English Literature from the University of Saskatchewan and completed the Writing Program at Vancouver Film School. More importantly, Ian is also a wrestling fan, comic book reader, video game player, and photographer. He loves to write and writes about what he loves. Ian’s also an unrepentant, unapologetic Cougar Town fan, a show he will defend until the day he dies. Follow him on Twitter at @ThePrairieGeek.

REPORT: Ben Affleck’s Flash Role May Be Even Smaller Than Expected
What If Revealed How Deadly Galactus’ Attack On Earth Could Have Been
One Piece: 10 Times The Enemy Helped Luffy | CBR
Venom: Let There Be Carnage Motion Poster Shows an Epic Symbiote Battle
MCU: 10 Comic Characters Too Scary For Disney+ TV Series | CBR