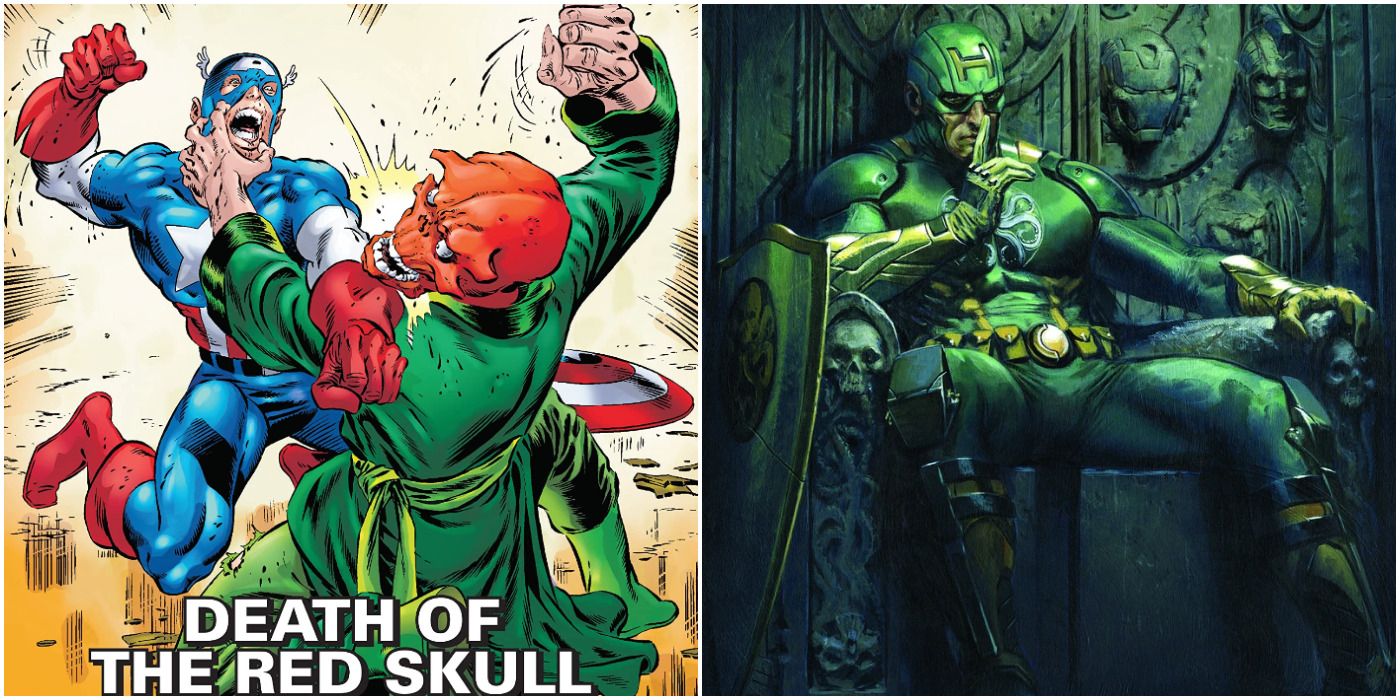 Captain America is one of the Marvel Universe’s greatest heroes. There are few heroes as inspiring as he is and he’s known as one of the most stalwart defenders of the innocent. Like other Avengers, the MCU has introduced him to an all-new audience, as new audiences discover what old fans have known about Captain America for decades- he’s an amazing character.

Captain America has been through a lot of changes over the years and has had some classic stories but that doesn’t mean that every change was welcomed by fans. Some of these changes have been nonsensical and not every fan is pleased with the creative choices being made to this beloved character.

10 His Retirement In Avengers: Endgame Was Completely Out Of Character

Avengers: Endgame was the end of an era, closing out over ten years of movies. They gave the character a big send-off, but because one classic MCU Avenger had died and they didn’t want to steal his thunder, they had Cap retire instead. Though it felt out of character to his fans.

While it was a foregone conclusion that Cap was going to retire, there were better ways to do it and some fans feel like the way in which they went about his retirement was out of character and made no sense.

9 Storylines That Focus On His Serum Failing Are Overdone

Comics are in the business of repeating themselves but that doesn’t mean it’s always the best idea. For example, there have been multiple storylines over the years where Cap’s super-soldier serum has stopped working, either transforming him into an old man or causing a precipitous decline. These stories never really work very well in a practical sense.

The endings are usually a bit different but that doesn’t change the similarities that occur every time this plot is used. Going back to the well can get pretty dull and this particular well has dried up.

Cap has a strict rule against killing (unless there is no other option) and while he’s done it several times over the years, it’s usually a last resort kind of thing. The weird thing about it is that so many of his foes deserve it and people are being put in danger by his foes’ continued existence.

It’s basically the Marvel version of the classic Joker conundrum- if Batman kills the Joker, he’s saving countless future lives. The same can be said for Captain America with Red Skull, Baron Zemo, or any number of foes of his who are known for committing genocidal acts. The fact that he doesn’t kill some of his worst foes, even though he has killed before, is frustrating.

7 He Can Be Too Perfect Sometimes

Cap is the shining example for the heroes of the Marvel Universe, the one guy every other hero looks up to. He’s the leader that everyone follows and an untouchable paragon of morality. That can get really vexing. Sure, Cap gets it wrong sometimes but even then, it’s because he’s on the moral high ground.

Cap falls into the same trap as Superman does sometimes- he’s too perfect. While it’s nice to not read about some grimdark avenger of the night, Cap’s moral rectitude can get irksome sometimes. It makes him very hard for readers to relate to.

When Sam Wilson finally got his chance to soar as Captain America in the comics, it was a long time coming. As one of Cap’s longest-serving sidekicks, he had grown immensely over the years. There were even some fans who had wanted to take over as Cap back when Steve was assassinated. His Cap costume looked amazing and fans were ready for a new Cap.

However, Steve didn’t stay gone for very long, regaining his lost youth thanks to Cosmic Cube shenanigans in a story that would lead right into Secret Empire and the end of Sam’s time in the spotlight. Sam never got much chance as Cap in the comics and that’s a tragedy.

Cap’s super-soldier serum has allowed him to do some pretty amazing things over the years but it doesn’t exactly give him superpowers. He’s the height of human physical perfection but he’s not superhuman. His fighting skill and shield have allowed him to survive but when it comes right down to it, his survival over the years has stretched credulity.

Cap’s great but going up against all-powerful gods, nearly indestructible androids, and some of the other things he faces as an Avenger should have killed him years ago. Cap as an agent of S.H.I.E.L.D. and a superhero works, but as an Avenger? He would have died ages ago.

4 All Of His Villains Are Pretty Much The Same Now

Captain America has some pretty cool villains but they are pretty much all the same. There’s very little difference between Red Skull and Baron Zemo as they are both Nazis with self-imposed facial trauma. And Aleksander Lukin is basically Red Skull but with a different central viewpoint.

While they work pretty well for Cap, there isn’t a lot of variety there and it leads to many Cap stories being pretty much the same. They feature him battling against foes that he’s been fighting for decades or the legacy of those foes. A hero like Cap can fight all kinds of villains but the fact that he pretty much deals with the same kinds of villains all the time is disappointing.

Characters in Marvel die and are resurrected all the time but that doesn’t mean the resurrections are always fascinating. Take Captain America’s for example. His assassination seemed like it was done in a way that was pretty much impossible to get out of. It felt like writer Ed Brubaker was going to keep him dead. However, Captain America: First Avengers was coming out, so they brought him back.

The way Brubaker did it- revealing that Cap was trapped in a time bubble by the Red Skull- went against everything he wrote up until that point and felt unnatural and forced.

2 Every Writer Does A Cap Vs. Red Skull Story

Cap and Red Skull are archfoes and have had some tremendous battles over the years. There are few Marvel rivalries more storied than the one between them and it seems like every Cap writer eventually does a Cap vs. Red Skull story. In some ways, this makes sense- everyone wants to put their mark on one of Marvel’s biggest rivalries.

However, it feels like every recent Cap writer has always thrown in a “Red Skull as the master manipulator” storyline. It’s gotten really old- Cap has other villains and always making Red Skull the main mastermind behind everything is getting dull.

1 Secret Empire Was Not A Fan Favourite

Secret Empire is often seen as one of the worst Marvel events of the 2010s. There are no two ways about it. While the build-up to it was very good, the event itself was long and bloated. As a result, it wound up being a bit of a disappointment. There were a lot of things about the story that frustrated fans- the wheel spinning, the added issues that went nowhere, and the eventual reveal of what was going on (which happened to be the exact opposite of what editors and creators had claimed.)

That’s not even taking into account the fact that the creation of two Jewish men (who were virulently anti-Nazi) was suddenly working with an organization started by the Third Reich. The whole thing was a massive mistake that made no one happy.

NEXT: 10 Ways Captain America Is A Better Mentor Than Batman


Next
10 Most Terrifying Spider-Man Villains

Satoru Gojo Visual Revealed For Jujutsu Kaisen 0 Film!
Red Hood: Jason Todd HBO Max Movie Reportedly In the Works | CBR
Avengers Anatomy: The 5 Weirdest Things About Vision’s Body, Explained
10 Most Bizarre Alter Egos Marvel Heroes Have Used | CBR
What Is the Best One Piece Movie – and Where Can I Watch It Online?