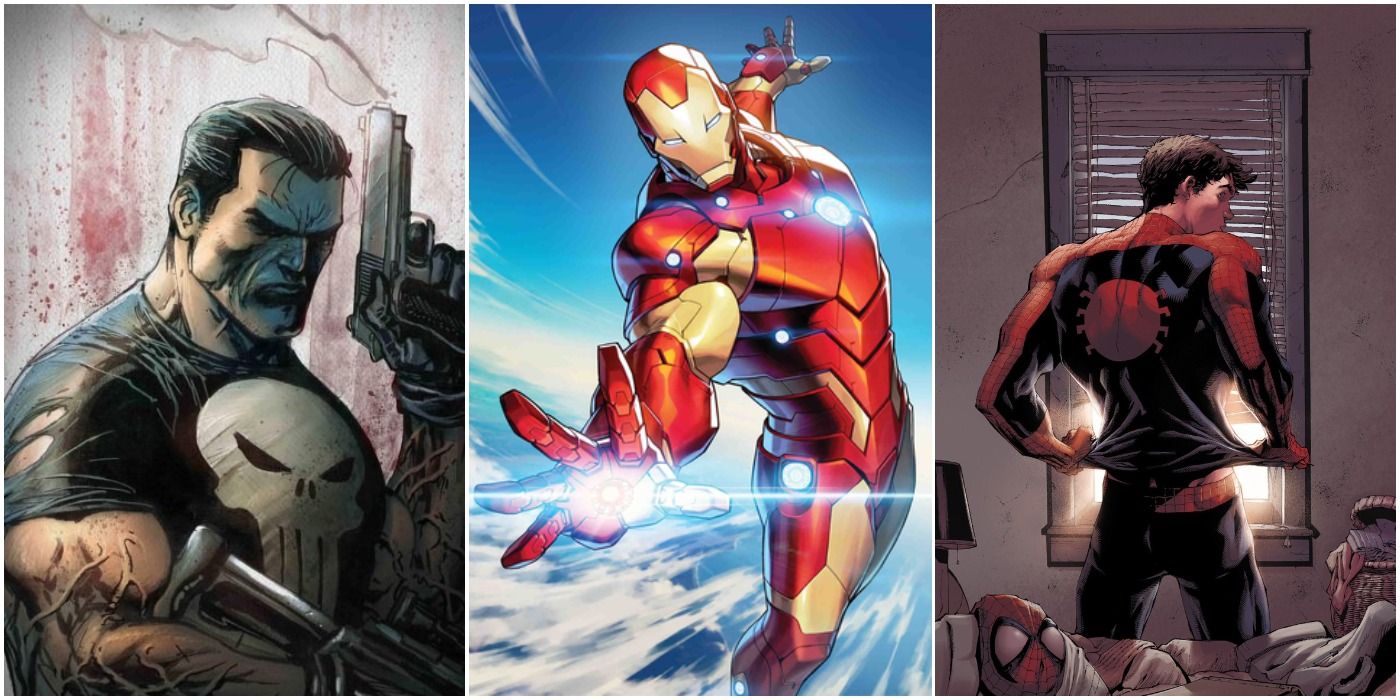 Heroism is a beautiful thing. The idea of a person or a group of people going around preventing destruction and saving lives is both inspiring and enlightening. It becomes even more extraordinary when one stops to think about all the dangers that come with being a hero. The profession certainly has its highs and lows.

RELATED: The Heroic Age: The 25 Greatest Marvel Heroes Of The Last Decade, Ranked

The many creators at Marvel do an excellent job of exploring the nature of being a hero through their stories. They know exactly how to showcase the most triumphant moments for the beloved heroes. They also perfectly illustrate how the many dangers of heroics can cause even the best and most honorable people to make mistakes. Unfortunately, mistakes made by superpowered individuals tend to have more drastic effects than those made by everyday humans, so it would be wise of the heroes to get their actions under control.

Almost every, if not every Marvel superhero is guilty of causing collateral damage during their battles against the forces of evil. While the heroes do end up saving the day most of the time, many citizens often find their homes or places of work reduced to rubble after a battle. On a darker note, it’d be safe to assume that civilian casualties also happen because of this unnecessary destruction.

Looking at events like the Battle of New York and The War Of The Realms makes this abundantly clear. There’s no way that heroes can completely control the actions of villains during these fights, and it’s clear that the villains must be stopped at all costs, but heroes should always ensure that they cause as little destruction as possible.

9 Heroes Don’t Always Trust Each Other

For the most part, the heroes of the Marvel Universe are good people who regularly display honor and integrity in their everyday lives. There are also heroes who’ve had more troubled pasts or employ more questionable methods of heroism.  It’s easy to imagine why other heroes would have a hard time trusting these people, no matter how good their intentions are. Strained trust leads to worse communication and maybe even a dislike of someone, which can lead to poor teamwork on the battlefield, which never has good consequences. The relationship between Black Panther and Namor is a perfect example of this.

8 Some Heroes Get Too Cocky

Given their other amicable traits most people would probably imagine all heroes as being humble and respectful all the time. Someone like Captain America would surely support this idea, as he is notoriously polite and modest. However, many heroes don’t quite live up to this standard.

RELATED: 10 Arrogant Heroes Who Think They’re Better Than Everyone Else (And Are Right)

For instance, Namor’s inflated view of himself is extremely well-documented. This brash confidence has led to him underestimating enemies, ruining alliances and friendships, and not using rational decision-making in battle. Iron Man is guilty of the same thing, although he is not usually as aggressive about his superiority as Namor is.

7 While Others Always Doubt Themselves

On the other end of the confidence spectrum from cockiness is insecurity and self-doubt. While characters such as Iron Man and Namor inhabit the former end of the spectrum, people like Spider-Man and Falcon inhabit the latter. While they may be legitimate superheroes who have saved Earth and the universe from major threats, they are still people, and people tend to doubt themselves quite often.

Spider-Man has found himself questioning his ability to be a hero on many occasions, while Falcon has questioned specifically whether or not he could take the Captain America mantle from Steve Rodgers. In The Falcon and The Winter Soldier, Falcon’s insecurity led to the United States government reclaiming the Captain’s shield, leading to even more trouble that could’ve been avoided.

6 Even The Greatest Heroes Lie

All heroes may fight for truth and justice, but that doesn’t mean that they don’t spin their own lies sometimes. Some of them even make habits out of lying, both to their fellow heroes and to people in their personal lives. Both of these can have detrimental effects on their efforts to fight injustice.

For example, the endless lies that Professor X and Magneto are feeding Mystique about resurrecting her wife, Destiny, are seemingly about to bring trouble to Krakoa. Also, whenever Pepper Potts gets angry at Tony Stark for breaking one of his many promises about quitting his job as Iron Man, he remains mentally distracted for long periods of time, which interferes with his work as a hero.

5 Some Heroes Are Ruled By Their Emotions

Being a hero requires balancing one’s emotions with their mind’s rational thinking and decision-making. This allows for effective and empathetic action while they carry out their work. Unfortunately, as conscious beings, it’s far too easy to let emotion overpower any sense of rationality. Peter Quill, aka Star Lord, has let this happen to him many times. Once when Gamora, his love interest, attacked the Avengers with the Power Stone, he tried to talk to her, but she impaled him. He also attacked Thanos once, which woke the Mad Titan up and led to him wiping out half of all life in the universe.

4 They Are So Certain That They’re Always Right

Certainty is a good thing for heroes. It’s always helpful knowing exactly who the villains are and their motivations, among many other things. It’s never good for a hero when there’s something they’re not sure of. However, they can definitely take their necessities for certainty too far. Iron Man has a habit of trusting that he’s always right and not listening to anyone else’s opinion. His creation of Ultron in the MCU is one of the best examples of this. His arrogant mistake here cost the lives of many people.

3 Taking The Violence To Another Level

Heroes are always placed under the watchful eyes of the citizens of the world. Their actions are continuously scrutinized, no matter how honorable and heroic. This just comes from humanity’s natural distrust of superpowered individuals. The fact that there are heroes who deal with villains and criminals in extremely violent ways definitely hurts the image of the collective superhero community. People like Moon Knight, Wolverine, and The Punisher are those most at fault. Most of Punisher’s encounters with groups of criminals end in massacres. While some would say that eliminating criminals in this way is best, there’s absolutely no doubt that events like these don’t completely terrify civilians.

So many heroes have revealed their real identities to the world over the years. Unsurprisingly, most of them have come to regret that decision. Having normal citizens know a hero’s real name is bad enough, but practically yelling it out for their rogue’s gallery to hear is absolutely foolish. Spider-Man almost lost his aunt by way of the Kingpin when he unmasked. Tony Stark’s announcement of being Iron Man also had major ramifications. His announcement led to the U.S. government almost succeeding in building many of their own Stark super-suits.

Betrayal is an ugly thing. Breaking the trust between two or more people, for whatever reason, can never end well. People will end up emotionally tormented for a long period of time and there could also be physical violence involved. The stakes are raised even higher when superpowered individuals are thrown in the mix. This is displayed perfectly during Marvel Comic’s Civil War, when Iron Man’s self-righteousness reached an all-time high after a villain massacred hundreds of people.

He unforgivingly went after the entire superhero community, trying to get them to submit to the will of the government. What began as a mission to try and prevent any chaos and death only led to more of it, and relationships within the superhero community were forever strained.

NEXT: Marvel: 20+Characters Who Made Their Comic Debut In 2020

5 Vintage Gaming Ads That Did Not Age Well (& 5 That Are Timeless)
Spider-Man 3 Editor’s Cut: How It Differs From the Sam Raimi Film
DC’s I Am Batman #1 Comic Review | CBR
Supergirl: Azie Tesfai on Guardian & Uncomfortable Questions
Dragon Ball: 10 Characters Who Belong In Other Anime | CBR