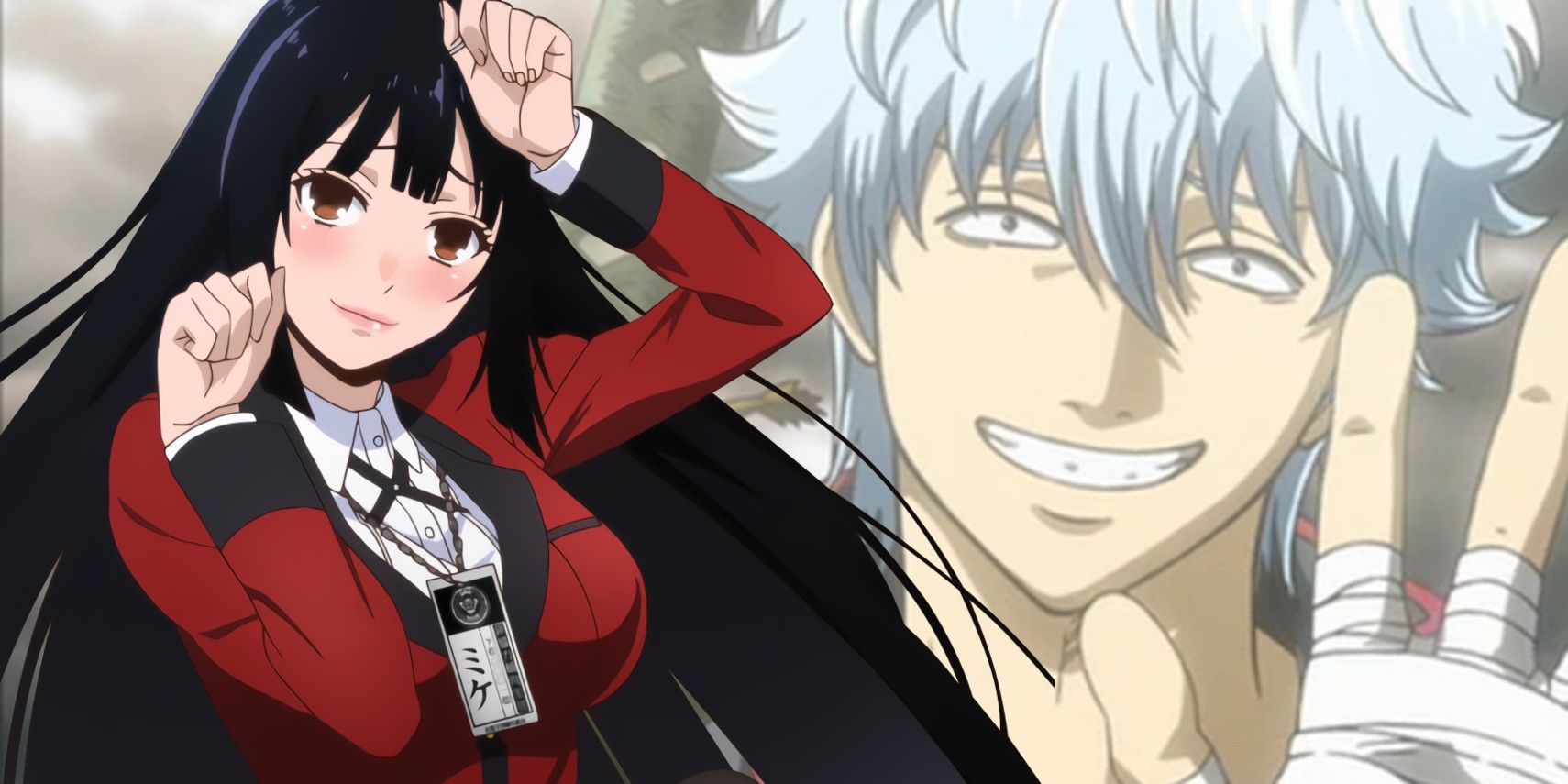 Everyone can relate to an anime character, especially when they’re broke. Whether it’s because of bad luck or a lack of financial wisdom, anime characters with money problems are more common than expected.

RELATED: 10 Final Anime Villains Who Were Introduced Early On

Some characters struggle to make ends meet while others were forced to foot someone’s bill. They say that death and taxes are the only two constants in life, and that’s true even for the fanciful world of anime.

Every time Jessie, James and Meowth pop up in Pokémon, they arrive with an extravagant scheme in tow. Not only did they once ride in a custom hot air balloon made in Meowth’s image, but they also piloted various mecha shaped like Pokémon. Thing is, these fancy contraptions don’t come cheap, and the trio knows this all too well.

When they’re not trying to capture Pikachu, the three are shown starving and complaining about their uncontrollable spending. Either that, or they’re stuck in random odd jobs. At one point, they were kicked out of Team Rocket for constantly taking loans despite their already outstanding debt. They were only let back in due to a desperate shortage of manpower.

In Samurai Champloo, Fuu recruits the ronin Jin and Mugen to help her track down the mysterious samurai who “smells of sunflowers.” Despite taking place in an anachronistic version of Feudal Japan where rap stars are as commonplace as swordsmen, the anime depicts the trio’s road trip realistically by showing them to be perpetually broke.

Almost every episode starts with Fuu realizing that they spent everything they previously earned, or some misfortune struck and left them penniless. On more than one occasion, the three took up whatever weird job they could find just to scrape some food and lodging, or they went as far as forcing Jin to hawk his swords at the nearby pawnshop.

Haruhi only got into the prestigious and ridiculously rich Ouran High School thanks to a scholarship. After accidentally knocking down a vase so expensive it was worth more than everything she’ll earn in ten lifetimes, she’s pressured and/or sweet talked by the airheaded Tamaki to work off the debt by becoming a member of Ouran’s Host Club.

RELATED: 10 Star-Crossed Romances In Anime That Were Never Meant To Be

Thing is, Tamaki never realized that Haruhi was a woman, and her becoming a host in a typically male-exclusive job was just the first of many hilarious misunderstandings. As good as Haruhi was at her job, her anime ended before even a fraction of her debt was paid. That wasn’t a problem for her fellow hosts – especially Tamaki, who developed feelings for her.

7 Gintama – The Yorozuya Gin Are Always Behind On Rent

The cast of Gintama aren’t only synonymous to some of anime’s craziest comedy, but to equally absurd financial troubles. Gintoki, Shinpachi and Kagura are freelance odd jobbers who take up any job that comes their way, no matter how weird it may be. In brief, they’re always in debt and they never have enough money for anything.

It doesn’t help that aside from their hilariously bad luck, Gintoki and Kagura have terrible budgetary skills. If Gintoki doesn’t splurge on Shonen Jump or pachinko, Kagura spends almost everything on food. Luckily for them, their landlady Otose likes their company so much that she’d rather tolerate them than evict them.

As his Combat Butler name suggests, Hayate is an impressively skilled and versatile butler – not by choice or luck, but by obligation. Because his parents incurred a massive debt from the Yakuza and were too lazy to pay it off, Hayate’s father being a bum and his mother being a gambler. They forced Hayate to pay it by making him get jobs when he was barely 10 years old.

The debt is estimated to be around ¥160 million (or roughly $2 million), and Hayate’s parents even sold his organs to the Yakuza just to reduce the sum. In exchange for his services as a butler, Nagi of the elite Sanzenin bloodline took his debt. Understandably, Hayate really hates his parents and would rather not talk about them at all.

5 One Piece – Nami Desperately Needed Money To Save Her Hometown

When she first appeared, everyone thought that Nami’s over-the-top hunger for money was the result of her greed and ambition. As it turns out, she was actually trying to scrape up enough money to buy her hometown of Cocoyashi from the Fish-Man pirates led by Arlong. The town itself had an unfairly steep price, and so did every individual person living in it.

RELATED: One Piece: 10 Characters Who Deserve A Power-Up

This explains Nami’s attitude in earlier episodes, where she convinced the Straw Hats to take on the most dangerous jobs because someone promised a large reward. After Arlong, his crew, and his paid Marines were finally defeated, Nami’s debt was considered paid off, but this didn’t slow down her drive to earn as much money as possible.

To be fair, all the adults aboard the Bebop were strapped for cash, but Faye had it the worst. For most of Cowboy Bebop’s run, everyone assumed she was trying to pay off a steep gambling bill. This was only half true, since the debt collectors she was dodging represented a legal, if incredibly shady, insurance firm.

Faye is already in her 70s, but she was put in a life-saving cryogenic chamber after she barely survived an astral gate explosion. She’s revived decades later, only to wake up to an astronomical healthcare bill, but the guy who saved her faked his death so that she’d inherit his own debts. That’s not to say Faye is above losing her earnings on gambling, though.

Kaiji is one of the unluckiest people in anime history. While wandering around unemployed, Kaiji found out that his friend went missing and threw his ¥9.5 million (or $86,000) debt on him. He’s given two methods to pay it off: work 10 years in a hard labor camp, or participate in a life-or-death gambling game.

For the rest of the anime, Kaiji’s wits and survival instincts are put to the most grueling tests imaginable. The more games Kaiji wins, the more his debt gets reduced as his addiction to winning gets worse. The temptation of earning billions through slick gambits and last-minute wins bites Kaiji back in ways that range from humiliating to horrifying.

Kakegurui takes the innate classism of exclusive schools to the extreme by having Hakkaou Private Academy dedicate its entire curriculum to gambling. Since the students are rich beyond relief, betting money isn’t enough. To spice things up, they put their dignities, social rankings, and lives on the line.

The student council condemned the bottom 100 to being “house pets,” who they boss around and pre-plan their adult lives for, all for humiliation’s sake. The house pets can win their honor back, but the game is always rigged. New student Yumeko Jabami stood out because she let herself get demoted to “house pet” just to see what it felt like before gambling her way back to the top with a vengeance.

The kind of debts in Hell Girl aren’t financial, but spiritual. Enma Ai and her ghostly companions run Hell Correspondence, an ominous website that promises visitors to send anyone they choose to Hell. In exchange, the user’s soul is damned to suffer in Hell upon their own deaths.

Hell Girl focuses on those who accept the debt and those who collect it, showing how heavy things weigh on everyone. Enma and her co-workers themselves are trapped in debt, as their enacting the Lord of Hell’s will is only a means to delay their own damnations or to keep their loved ones out of Hell.

NEXT: 8 Anime Where The Hero Dies Early (But Comes Back To Life)


Next
Naruto: 5 Harsh Realities Of Joining The Akatsuki (& 5 Perks)

CBR Staff Writer Angelo Delos Trinos’ professional writing career may have only started a few years ago, but he’s been writing and overthinking about anime, comics and movies for his whole life. He probably watched Neon Genesis Evangelion way too much, and he still misses video stores. Follow him at @AD3ofc on Twitter, or email him at delos3nos1992@gmail.com.