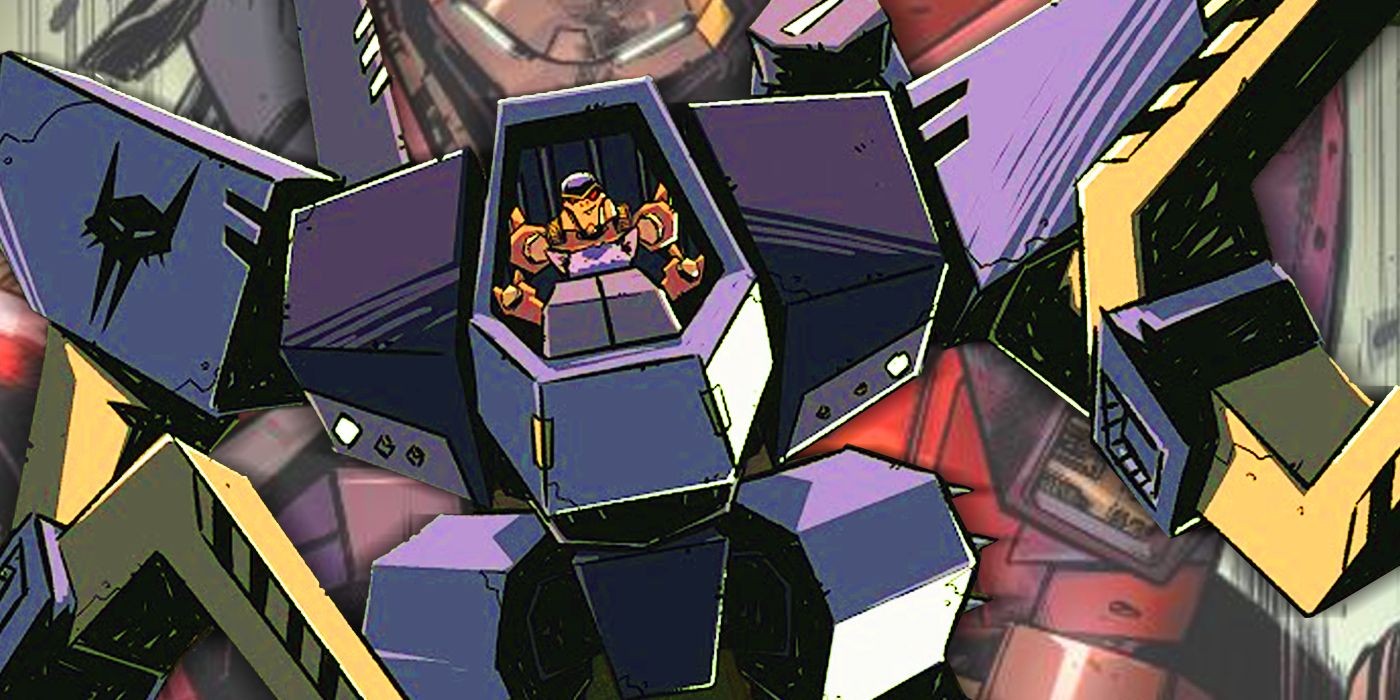 The cast of Beast Wars has always featured Maximals and Predacons big and small, with their powers and abilities often tied to their alternate “animal” modes. The lumbering scientist Rhinox has a hearty rhino beast mode, while Megatron, the fearsome Predacon leader, is a gigantic T-Rex. A Transformer with a much less imposing beast mode is Rattrap, the wisecracking Maximal who’s played different roles on the team.

Given his rodent alt-mode, Rattrap is typically one of the smaller and weaker Maximal characters. Compensating for his lack of strength against the evil Tarantulas, Rattrap uses a Maximal creation similar to Iron Man’s Hulkbuster armor and Aliens‘ Power Loader. Here’s what he does with the powerful suit and how it’s similar and different to Tony Stark’s anti-gamma armor.

Picking up during the battle, Rattrap is defenseless inside of the Axalon as the maniacal Tarantulas hunts him down. Tarantulas taunts him and threatens to kill him in increasingly sadistic ways, trashing the ship as he goes. He tries to hack into the Axalon’s systems but is unable to thanks to the ship’s impenetrable encryption.

Rattrap had by then turned to the Maximal’s hidden armory in an attempt to even the odds against the much stronger Predacon. When Tarantulas turns to finally face him again, he finds Rattrap wearing a powerful armor called the GCMG-Five. The armor had theretofore been used by the smaller Maximals in order to move large objects, but Rattrap uses it for more martial means. Quickly and very obviously outmatched, Tarantulas is thrown out of one of the Axalon’s windows with relative ease.

The GCMG-Five is a new concept, having never been used in the cartoon and instead was created for the comic book. The idea of an armor allowing a weaker fighter to face larger, much stronger opponents is very similar to Iron Man’s Hulkbuster suit. Tony Stark uses this and similar armors to combat the powerful Hulk, who otherwise would be almost impossible to defeat.

The main difference between this and the Hulkbuster is that the latter is made entirely for combat reasons. The GCMG-Five, on the other hand, was supposed to be a mere construction tool, designed to move around heavy objects, with its secondary use of defense being completely coincidental. Likewise, while Tarantulas is definitely stronger and bigger than Rattrap, the gap in power is not nearly as wide as with a human-like Tony Stark and the Hulk.

It’s worth noting that the armor is also heavily reminiscent of the Power Loader from the film Aliens. This served a similar purpose of allowing someone to fight a fierce foe, in that case, Ellen Ripley and the Alien Queen. Given that Rattrrap made quick work of Tarantulas in their “battle,” the GCMG-Five is likely completely fine and could be used in future fights. This could definitely be a boon for the Maximals but an absolutely nightmare for their Predacon enemies.

The Black Knight: The Eternals MCU Star Is About to Build Marvel’s Iron Throne
Related Topics