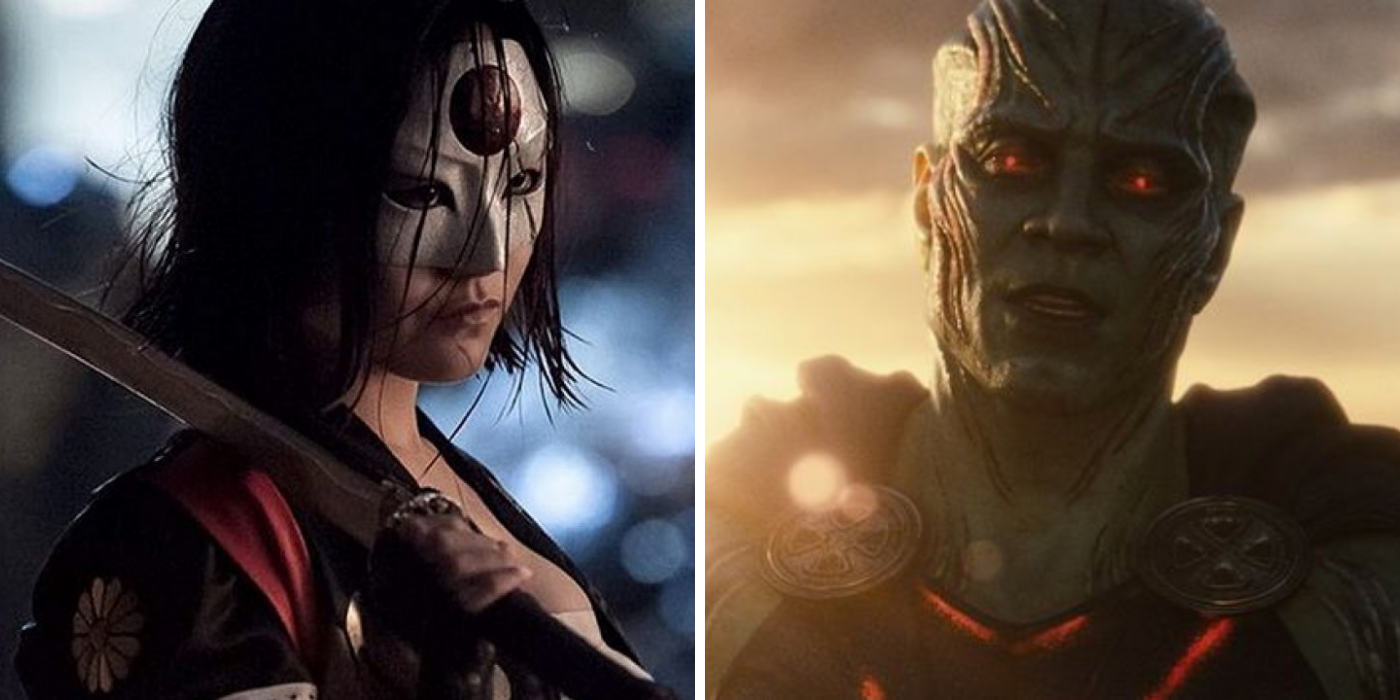 The DCEU has been unfolding in plenty of twists and turns since 2013 when fans were blown away by Zack Snyder’s Man of Steel. Since then, there have been a total of 10 DCEU films released, featuring many of DC Comics’ most iconic characters.

RELATED: 10 Comic Book Movies That Are Written By The Comic’s Writer

10 Mera Can Hold Her Own

A long-time ally and lover of Aquaman, Mera has stood by Arthur Curry‘s side for decades. Mera is a very complicated character who eventually fell in love with Arthur Curry, first becoming his loyal partner, before going on to join the Justice League, and even becoming the queen of Atlantis.

In the DCEU film Aquaman, Mera chooses to help Curry locate the Trident of Atlan, despite being betrothed to Orm. But despite her superior knowledge, water magics, and fighting prowess, Mera sits back and allows Arthur Curry to take the throne. While she is an essential part of his new kingdom, there is a much larger ceiling to the character that has yet to be seen.

A troubled but accomplished hero in the DC Universe, Katana is one of the most skilled hand-to-hand fighters in DC Comics. Tatsu’s tragic past is fueled by the death of her late husband, whose soul was bonded to her Soultaker blade. Katana has been featured in rosters of the Birds of Prey, the Justice League, and The Outsiders, Batman’s hand-picked team of operatives.

Included in the 2016 Suicide Squad film, Katana’s backstory was alluded to at best, and she was demoted to the role of Rick Flag’s bodyguard. The film was much more centered on characters like Harley Quinn and Deadshot, and to have such a complex and interesting character such as Katana only to reduce her to a samurai stereotype can certainly be seen as a missed opportunity.

Zor-El of Krypton is a pivotal figure in the comics. His decision to put his son in a rocket and send him away from a dying Krypton completely altered the shape of Earth’s history. Believed dead during the destruction of Krypton, Jor-El was retconned to have survived the destruction, becoming more twisted and evil.

While this retcon was met by mixed reactions from fans, it certainly did shake things up in Superman lore. Compared to Zack Snyder’s vision for the character seen in Man of Steel, Jor-El’s comic retcon and continued involvement in the character’s life could have been a great detail to adapt to the DCEU.

7 Maxwell Lord Should Be Feared

Maxwell Lord is one of the most compelling and sociopathic villains in Justice League history. His arc from working closely with the Justice League to hijacking the Brother Eye satellite from Batman to his role in the lead-up to Infinite Crisis is iconic.

Lord was tipped as the main villain in Wonder Woman: 1984, but his character was heavily changed from the source material. Reduced to a down-on-his-luck businessman, Maxwell Lord’s motivations and character history were disposed of in order to encompass the greater theme of togetherness and unity pushed through in Patty Jenkins’ film. A severely disappointing dilution of a classic DC villain, it’s hard not to be disappointed.

6 Steve Trevor Didn’t Need To Be Brought Back

Steve Trevor is one of the biggest characters in Wonder Woman’s history. A pilot with the U.S Navy, Trevor crash-landed on the enchanted island of Themyscira. After being nursed back to health, Diana of Themyscira took a liking to Trevor and returned to the World of Man with Trevor. Since then, the two have shared a close relationship, platonically and romantically.

Steve Trevor was very much similar to his comic counterpart in the 2017 Wonder Woman film. But he was wished back to life in Wonder Woman: 1984 thanks to the Dreamstone as a minor complication to the plot. Trevor’s character development wasn’t improved on and he was mercifully written out of the third act of the movie, leaving more to be desired by a great supporting character.

5 Brother Eye Should Be More Threatening

After the events of Identity Crisis, Batman realized that members of the Justice League had tampered with his memory, and after this betrayal, he built the Brother Eye satellite to monitor any and all forms of metahuman activity. The satellite would soon develop its own AI, and wreak havoc on the metahuman community in the following Infinite Crisis event after being hijacked by Maxwell Lord.

Featured in Wonder Woman: 1984, the idea of Brother Eye was introduced and once again ended up in the control of Maxwell Lord. However, it didn’t pose nearly as much of a threat as it did in the comics, making its inclusion rather lackluster.

Victor Zsasz is a man who decided that life was meaningless and starting “liberating” other people by killing them. To commemorate all the people he’s “helped,” Zsasz would cut himself deep enough to leave a scar for each murder. Zsasz has become a regular patient at Arkham Asylum, and a serious threat to Gotham City, putting him high on a list of Batman’s most feared villains.

Introduced in the Birds of Prey film as Black Mask’s trusted right-hand, Victor Zsasz was reduced to the role of a henchman. The most that was given about Zsasz’s backstory was his large role in murdering the Bertinelli family. While Zsasz certainly did seem bloodthirsty, the psychosis of the character was heavily played down, and he was killed in the movie.

3 Cassandra Cain Is A Force To Be Reckoned With

In the DC Universe, Cassandra Cain is renowned as one of the most skilled fighters in the world. The daughter of The League of Assassins’ Lady Shiva, Cassandra was tortured and pushed to her absolute limits by her father, in hopes that she could become the perfect assassin for the League. The intense training and trauma she suffered rendered her mute, and since then she’s become an integral member of the Bat-Family, taking immense pride in her role as the protector known as Batgirl.

RELATED: DCEU: 5 Ways They Should Bring The Teen Titans To The Big Screen (& 5 They Shouldn’t)

Re-imagined as a pickpocket on the streets of Gotham City, Cassandra Cain was introduced in the Birds Of Prey movie as a thief. She ends up biting off more than she can chew when she ends up swallowing the Bertinelli diamond, an important diamond sought after by the crime lord Black Mask. A huge change-up for the character, while the DCEU’s Cassandra Cain is still enjoyable, it is a large leap from the source material.

2 Ryan Choi Is A Genius

Ryan Choi worked as a lab assistant to Justice League member and genius scientist Dr. Ray Palmer. After becoming a close confidant to Dr. Palmer and becoming very well-read on his technology, Choi was called into action when Palmer was in trouble, and soon after donning a Bio-Belt, Ryan Choi became the second Atom. Since then, he’s gone on to join the Justice League of America.

Ryan Choi was featured in a small role in Zack Snyder’s Justice League, as an expert in nanotechnology working alongside Silas Stone to research the Mother Boxes. In the film, there is no mention of Dr. Ray Palmer, and it is reported that Snyder had originally pitched an Atom solo movie with Choi set to star as the hero, but with the rest of Snyder’s plans for the DCEU, they were set aside when he left the franchise.

1 Martian Manhunter Only Made A Cameo

The Martian Manhunter is seen as one of the most integral parts of the Justice League. One of the last of his kind, the Manhunter hid amongst the people of Earth and gained compassion for its people, choosing to join the Justice League in order to defend it. With incredible strength, shape-shifting, and telepathy, J’onn J’onzz has gone on to lead the Justice League and is a central member of most incarnations of the team.

Fans were shocked to see the Manhunter featured in Zack Snyder’s Justice League under the guise of General Calvin Swanwick, confirming that he had been present in the DCEU as early as 2013’s Man of Steel. But his involvement in the Justice League’s fight against Steppenwolf was non-existent, choosing only to reveal himself to the League once the conflict was over, which was disappointing, to say the least.

NEXT: 10 DC Romances That Started Off On The Wrong Foot 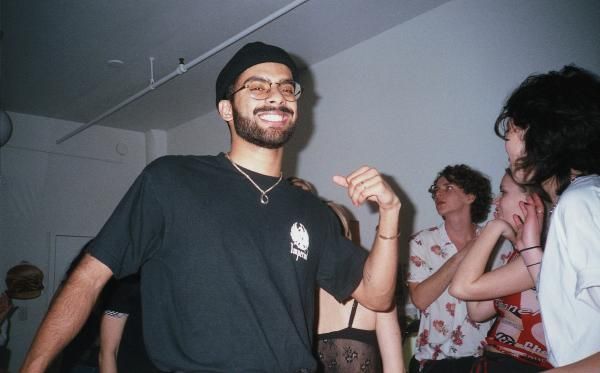 RaguVarman Raguparan is a writer for Comic Book Resources based in Montreal. A huge fan of comics, movies, and all forms of pop culture, he is finishing a degree at Concordia University in History and South Asian Studies.