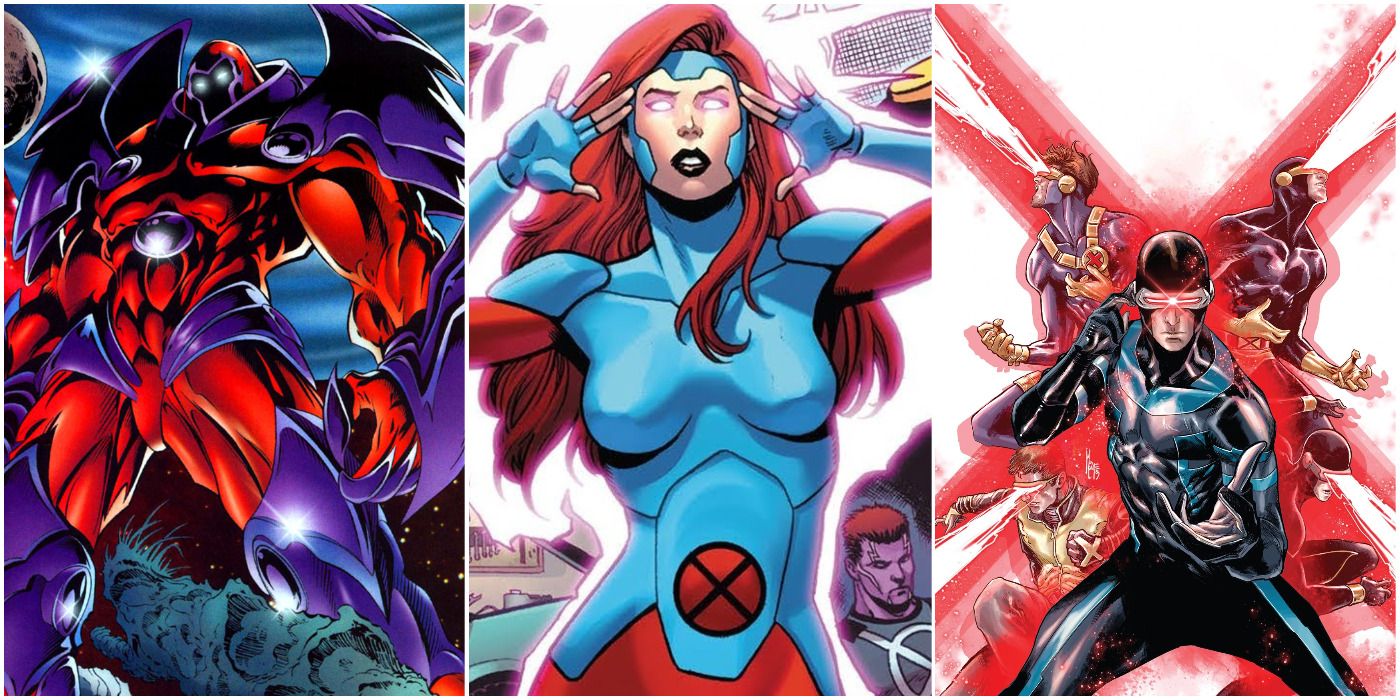 Jean Grey was Charles Xavier’s first student and is one of the most powerful mutants in the Marvel Universe. Working for years to hone her powers, Jean Grey has become one of the most formidable mutants out there and one of the X-Men’s most important members. Few members of the team have been doing it longer than she has and she’s one of the best.

RELATED: Marvel: The 10 Strangest Avengers Ever

As powerful as she is and has been, she’s not unbeatable. In fact, there have been lots of characters who Jean Grey hasn’t beaten in combat. As great as she can be, she can’t beat everyone.

10 Professor X Taught Jean Everything She Knew About Telepathy

Professor X isn’t exactly the type of person to fight physically. For years, his paralysis prevented him from doing so but he was able to use his telepathic prowess to battle other psychics mentally. Jean Grey has snapped more than once over the years and Xavier had to use his powers against her, battling her on the psychic plane.

Professor X was always able to beat her in psychic combat, using his immense power to shut down his student. While he’s not always the best person and has been wrong a lot, his powers and skills make him one of the most formidable psychic combatants ever.

9 The Imperial Guard Was Too Much For Her

The Shi’Ar Imperial Guard is one of the most powerful super teams in the Marvel Universe. They face down threats that human heroes can’t even imagine and have a formidable array of members and powers. Jean has faced the group more than once and every time, they’ve been able to defeat her.

Now, in the most technical sense, she’s actually not really fought them except once- when they were under Cassandra Nova’s psychic control, which Jean helped break by helping to defeat Nova. The Phoenix Force masquerading as Jean fought them twice and actually lost both times, which is pretty impressive.

8 Black Bolt Is Too Powerful For Jean Grey

Jean Grey was dead when the X-Men battled the Inhumans for their survival. The teenage version of her never really faced Black Bolt. It’s a good thing too because Black Bolt has proven to be more than able to deal with Jean in the past. Black Bolt is just frighteningly powerful and has a proven ability to deal with most foes.

RELATED: Marvel: The 10 Most Surprising Cameos In The Comics

To begin with, Black Bolt grew up fighting his brother Maximus, whose whole schtick is mind control. He knows how to block telepaths and there are few out there who can withstand the power of his voice. The few times he’s battled Jean, she’s never been able to make a dent against him.

7 Thanos Has Killed Jean Grey Once

Thanos is one of the greatest villains in the Marvel Universe but he’s never actually faced Jean Grey in battle. In fact, the only two X-Men who fought Thanos have been Wolverine and Cyclops, when he had the Infinity Gauntlet. This was post-Snap and one of the reasons Cyclops was so keen on fighting Thanos was because Jean was killed in the Snap.

So, while it wasn’t really a fight, Jean Grey has technically lost to Thanos and she’s never been able to get her win back. However, seeing as Thanos can beat his son Thane when Thane was a Phoenix host, it’s doubtful she’d be able to.

Mutants and Inhumans didn’t really associate much until the Terrigen Mists were released and Jean was dead at that point. However, teen Jean Grey was in the present as a member of the X-Men and she was set to go after one of the most dangerous Inhumans- Karnak. She was able to trap him in a telepathic trap but he broke free.

Karnak’s ability to find a weakness in anything allowed him to get out of the trap and help turn the tides against the X-Men, helping the Inhumans almost beat the mutants and ensure their genocide before the two teams teamed up against Emma Frost.

X-Man and the X-Men have had a weird relationship. Hailing from the Age of Apocalypse, X-Man was an ally of the team for a long time before deciding that he was the only one who could fix the world for mutants. He created his own Horsemen, dubbing them the Horsemen of Salvation, and Jean grey led the X-Men against him.

Jean and the team would keep him at bay for a time but he won every confrontation between the two groups, finally taking control of Legion and using their combined powers to start the Age of X-Man, an alternate reality that spawned a story of the same name that has a checkered reputation. Jean couldn’t stand up X-Man’s power and he was able to outthink her at every turn.

4 No Mutant Can Stand Up To Doctor Doom

Doctor Doom doesn’t deal with mutants too often but when he does, he knows how to make sure they don’t beat him. Doom knows how powerful mutant telepaths like Jean Grey can be, so he not only has a psi-blocker in his armor but also can use his magic to guard against them. Her telekinesis is powerful but Doom can use his tech to inhibit mutant powers.

RELATED: 10 Marvel Characters That Should Lead The Justice League

Doom hasn’t had to deal with Jean Grey too much, but there’s no doubt he’d be able to take her down. She’s powerful but Doom can match her power and use his technology to get the advantage he needs to get the best of her.

3 The Hulk Is Just About Immune To Telepathy

The Hulk is the strongest one there is and that’s helped him a lot over the years. Anger is one of the sources of his power and it also helps him out in other ways as well. Hulk has proven to be almost completely immune to telepathy in the past, with even Professor X not able to affect him. Jean is less powerful than Xavier, so she can’t even affect him.

Her telekinesis gives her an offensive weapon she can use against the Hulk but hurting the Hulk is pretty much impossible for even the most powerful heroes and villains. While she hasn’t faced him much, like just about everyone else, she has never beaten the Hulk.

Onslaught was one of the most powerful menaces that the X-Men ever faced and almost ended every hero in the Marvel Universe. On her own, Jean faced him down twice- once on the psychic plane where he handily beat her and once after he had defeated the X-Men. She was able to escape that battle but he chased her down and took her out.

While she was a factor in his final defeat, on her own she couldn’t even phase the all powerful entity. The fact that she even tried says something about her wherewithal and how far she’s willing to go to help her friends.

1 Cyclops Has Always Known How To Beat Jean

Cyclops and Jean Grey were pretty much destined to be together. The two actually haven’t fought each other very much when not considering Dark Phoenix interactions. In fact, just once comes to mind- Magneto and the Acolytes had taken mental control of the Blue Team and Storm and the Gold Team went to rescue them.

Cyclops got the drop on Jean and hit her with a full power optic blast, taking her down.


Next
DC: 10 Cruelest Things The Flash Has Done In The Comics

10 Beloved DC Sidekicks Who Weren’t Successful When Introduced
Naruto: 10 Things That Make No Sense About The Uchiha Clan | CBR
James McAvoy Says He’d Love to Play a Young Jean-Luc Picard | CBR
Mighty Morphin #12 Pits a Fan-Favorite Power Ranger Against His Teammates
What If…? Episodes Are Shorter than Planned Because of COVID