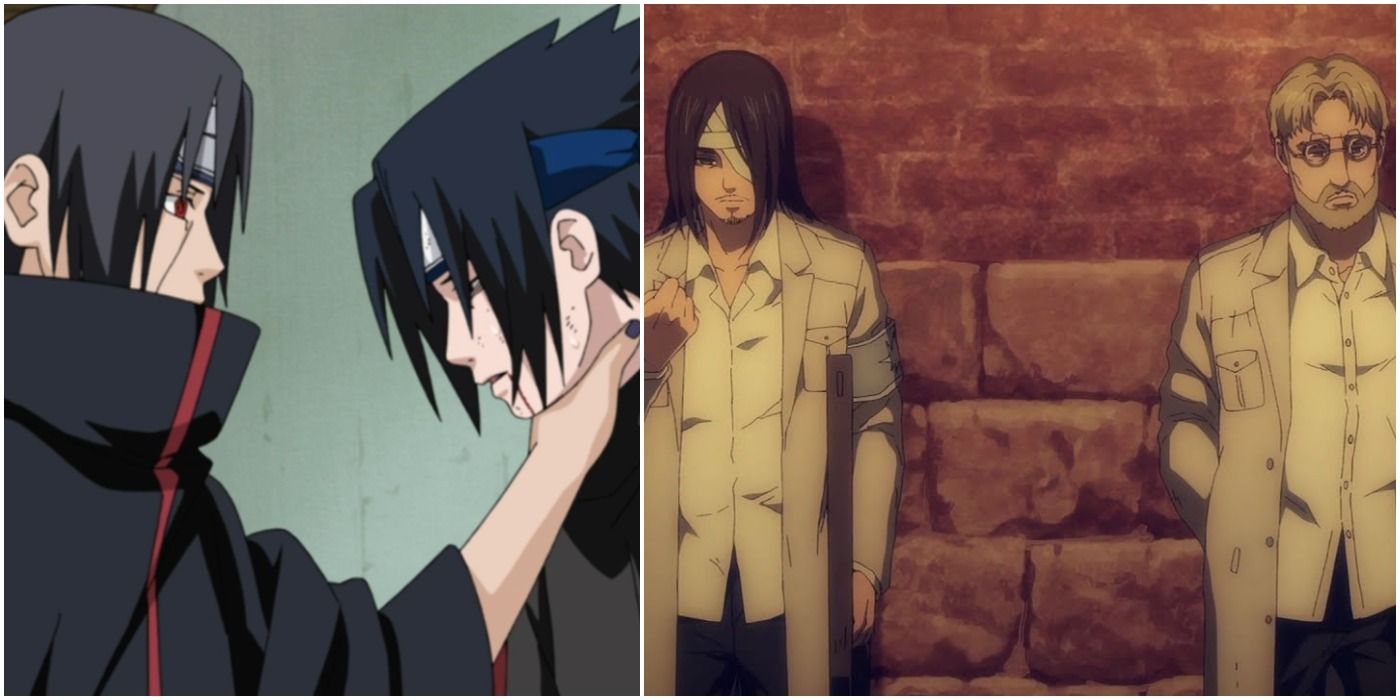 Oftentimes, lies in anime are used to accomplish otherwise impossible goals, convey an individual’s moral character (or lack thereof), and most importantly, surprise audiences with unprecedented new twists and developments in the ongoing narrative.

RELATED: Attack On Titan: 10 Times The Founding Titan Proved It Was The Strongest Titan

However, some lies are so monumental that they provide the entire foundation for the story’s conflict. Through identifying the worst and most flagrant examples in anime, we can better discern how their consequences have impacted the series and whether or not the victims of the manipulation could recover reasonably well.

Before the War of the Best, Akainu invited Squard to a private and discreet meeting in order to share an important message. He told the pirate that Whitebeard intended to betray his comrades, using their ships as pawns so that he could escape with Ace.

Gullibly, Squard bought into the Admiral’s rumor and plunged his sword through Whitebeard’s chest during the battle for Marineford. While this did not take the leader out of commission completely, it took a significant toll on his already ailing health.

After narrowly escaping the oppressive gaze of her father, Neon Nostrade came across Chrollo. Currently disguised, the Phantom Troupe leader invited her to dinner, further leading her away from the protection of the Yorknew crime families.

Consequently, he had an excellent opportunity to take her Nen ability for himself when it became time to end his charade. With Neon’s power now in the Phantom Troupe leader’s possession, she became useless to her father, and his enterprise was due for a pernicious and inevitable decline.

After discovering their shared lineage and the Founding Titan’s abilities, Eren met Zeke in Marley. They agreed that the world would be better without Eldians and stated an intention to use the Founding Titan in order to sterilize their own race.

However, Eren only used Zeke in order to access the royal bloodline. Once he was actually inside the Paths, he told Ymir to be free and that she should act for herself. Now wielding her unbridled power, Eren began the Rumbling and exterminated eighty percent of the global population.

During the Uchiha genocide, Itachi only allowed Sasuke to see his most brutal actions and attempted to make himself out to be as much of a monster as possible. This was in order to evolve his brother’s sharingan and encourage him to be a defender of the Leaf.

In actuality, the massacre only happened because Danzo’s actions made any other alternative impossible. Itachi realized that the only way to avoid a global war was to slaughter his own clan; once the truth finally came out, Sasuke was stricken with regret.

Fraudrin had the ability to possess mortals and gain their memories. This made him an especially capable spy for the Ten Commandments as he was able to turn the kingdom of Liones against the Sins with a convincing performance.

The heroes were scattered and hunted by their own countrymen until the knights began drinking demon blood in order to increase their power. After Meliodas put an end to Fraudrin’s scheme and defeated his vessel, he and his comrades were exonerated.

Initially, Myne volunteered to serve as Naofumi’s partner in his quest to become stronger and defeat the waves. Almost immediately after they were dismissed, however, she lied about being assaulted by him to the court.

RELATED: 10 Anime Villains Who Sat Back And Did Nothing Until The End Of The Series

Since the Shield Hero was still essential to the kingdom’s salvation, Naofumi couldn’t be executed even if the king managed to capture him. However, it left a massive blemish on his reputation that got him ostracized from the nation and made it significantly harder to fulfill his duties.

Light’s charisma and intelligence allowed him to manipulate the Japanese task force and join the same investigation set up to hunt him down for years. Although L suspected his true intentions, he never had enough concrete evidence to make an arrest.

Ultimately, Light would use L’s discretion against him and got him killed in a ploy that preyed upon Rem’s loyalty to Misa Amane. Over the next few years, there would be countless victims of the serial killer’s “judgment.”

Fuhrer King Bradley was the leader of Amestris and a man adored by his people. However, behind his kind and fatherly veneer lay sinister motives. Unbeknownst to the nation, Bradley was an active participant in a plan that would sacrifice thousands.

When the state alchemists fractured to oppose him, there were still dozens of sycophants who remained loyal to the imposter king. Bradley’s lie resulted in a civil war and Father’s momentary victory over God himself.

2 Minister Honest Lied To The Emperor About The State Of The Nation & Intentions Of Night Raid (Akame Ga Kill!)

After murdering the Emperor’s parents, Minister Honest assumed the role of the new king’s exclusive adviser. He secretly commanded the nation from the shadows and fabricated how well things outside the castle walls were actually going.

Because Honest managed to convince the Emperor that Night Raid was evil, a massive civil war erupted between the rebel and imperial forces. The Emperor himself would join the fight by using the world’s strongest imperial arms, though he was defeated through the teamwork of Tatsumi and Wave.

When Midoriya first met Overhaul, the villain posed as a kindly stranger with an excitable and imaginative daughter. Despite the ways Eri clutched Midoriya and whimpered quietly, her “caretaker” was able to leave the scene with her after fabricating the nature of their relationship.

While Overhaul’s lie wasn’t particularly subtle, it nonetheless served its purpose in creating distance between himself and the two patrolling heroes. Mirio was particularly haunted by his inaction and pledged never to stand idly by again.

NEXT: My Hero Academia: 10 Ways All For One Is The Most Terrifying Anime Villain Alive


Next
Marvel: 10 Saddest Tragedies In The Comics